Since 2012 federal prosecutors have been trying to imprison three medical marijuana users in Washington, arguing that they grew cannabis for profit rather than relief of their symptoms. In a startling shift this week, the U.S. Attorney's Office in Spokane finally conceded what the defendants–Rhonda Firestack-Harvey; her son, Rolland Gregg; and his wife, Michelle Gregg–have been saying all along: that they grew marijuana in compliance with Washington's law allowing medical use of the plant. The government also admitted in a brief filed on Monday night that its pursuit of the case has therefore been illegal since December 2014, when Congress first passed a spending rider that prohibits the Justice Department from prosecuting people for conduct permitted by state medical marijuana laws.

"This filing is a victory for the family and lawful medical marijuana users all across the country," says Phil Telfeyan, the defendants' attorney. "Our government should not use federal money to prosecute people abiding by state laws. This filing will have far-reaching effects that should help end the federal prosecution of marijuana users in states where it's legal."

The Greggs and Firestack-Harvey, who received sentences ranging from one year to 33 months in October 2015, are the remaining defendants in what was dubbed the Kettle Falls Five case. The other two defendants were Jason Zucker, a family friend who pleaded guilty in exchange for a 16-month sentence just before the trial started in February 2015, and Firestack-Harvey's husband, Larry Harvey, who died of pancreatic cancer in August 2015. The Justice Department is now admitting that whole ordeal was illegal, because "the United States was not authorized to spend money on the prosecution of the defendants after December of 2014." The Greggs and Firestack-Harvey plan to seek dismissal of the case on that basis.

Beginning in 2012, federal prosectors argued that the Kettle Falls Five, whose combined plant total was less than the limit set by Washington's medical marijuana law, were growing too much cannabis for their own use and must have been selling it. But there was never much evidence to support that theory, and the weakness of the government's case was reflected in the March 2015 verdict. The jury convicted the Greggs and Firestack-Harvey of growing marijuana but acquitted them of distribution and a related conspiracy charge. It also rejected the government's attempt to count plants grown in previous years, which would have triggered a five-year mandatory minimum sentence, and the allegation that the defendants possessed firearms "in furtherance of" a drug trafficking crime, a charge that carries an additional five-year mandatory minimum.

The jury was not allowed to hear testimony about the medical use of marijuana, which the prosecution argued was irrelevant under federal law. But that was not actually true, since Congress had by the time of the trial barred the Justice Department from interfering with the implementation of state medical marijuana laws. In 2016 the U.S. Court of Appeals for the 9th Circuit, which includes Washington, ruled that the restriction made it illegal to prosecute people for actions that comply with such laws. Last June the 9th Circuit made it clear that the Justice Department was also barred from continuing to pursue cases initiated prior to the ban on interference.

Before the Kettle Falls Five trial, Telfeyan argued that the case should be dismissed in light of the spending rider. U.S. District Judge Thomas Rice disagreed, noting that the prosecution was arguing that the defendants had not complied with state law. What has changed since then is not just the 9th Circuit's rulings, which prosecutors cited in this week's brief, but the government's abandonment of the claim that the defendants used medicine as an excuse to operate a marijuana business serving recreational users.

"The United States concurs with the Attorneys for Appellants' statement of the issues presented as it relates to the Department of Justice not having congressional authorization to spend funds to prosecute the defendants based upon their strict compliance with the Washington State medical marijuana laws," the brief says. "For the purpose of the motion the United States accepts the statement of the case and the facts cited in support of the defendants' strict compliance of the Washington State medical marijuana laws which authorize them to grow 15 plants each for their own personal medical use. The United States submits that the legal authority and facts cited by Appellants on the above-stated issue clearly shows the United States was not authorized to spend money on the continued prosecution of the defendants after December 2014."

The brief is signed by Joseph Harrington, a longtime federal prosecutor who became the acting U.S. attorney for the Eastern District of Washington in March after his boss, Michael Ormsby, resigned per the Trump administration's request. (He is now Spokane's city attorney.) The Kettle Falls Five case was initiated under Ormsby, who was notably more hostile to medical marijuana growers than his counterpart in the Western District of Washington, Jenny Durkan.

Ormsby was undeterred by a November 2012 meeting in which defense attorney Douglas Hiatt and Greg Carter, medical director of St. Luke's Rehabilitation Institute in Spokane, explained why patients might need as much cannabis as the defendants were growing, which they were allowed to do under state law. At that point the Justice Department was not bound by a spending rider, but official policy discouraged prosecutors from bringing such cases. Ormsby proceeded with an indictment anyway. The case looked even more puzzling as state-licensed businesses began serving recreational consumers in Washington three years ago, unmolested by Ormsby or his underlings. Ormsby is now the city attorney for Spokane, home to more than 20 state-licensed marijuana stores.

The facts have not changed since the feds began investigating the Kettle Falls Five. But now that Ormsby is gone, prosecutors who argued for years that the Harveys and the Greggs were drug dealers who deserved to spend 10 years or more in prison are suddenly saying it was all a mistake. "This family grew medical marijuana for their own health needs," Telfeyan says. "For over five years, the federal government wasted taxpayer money prosecuting a family that had fully complied with state laws. The feds have finally admitted that the family never should have been prosecuted in the first place, but there is no way they can get those five years of their lives back." 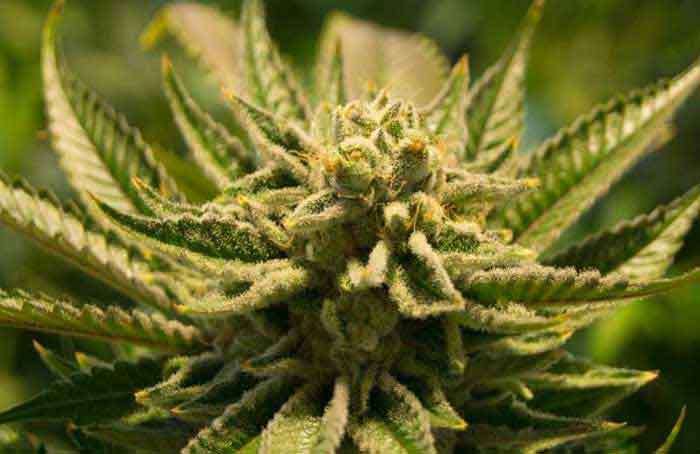 Very happy news indeed!
If ever there was a case of wrongful prosecution, the Kettle Falls Five case was it.
What a waste of money by the DEA and U.S. Justice Department!
Congratulations to the courageous KF Five who had to stick it out all these years, only to be told they had been prosecuted and convicted illegally.
Sadly, if Jeff Sessions has his way, this innocent family (and many others like them) would all be in Federal prisons.