Feds Are Increasing Their Marijuana Growth Because Of Cannabinoid Research

The federal government is currently growing a lot more marijuana than it has in the past because it expects higher demand from researchers for cannabidiol, or CBD, a non-psychoactive compound in marijuana that has shown tremendous promise for medical use. The National Institute on Drug Abuse, which "oversees the cultivation, production and distribution of research-grade marijuana on behalf of the United States government" and made the initial request for more research-grade cannabis, told The Huffington Post on Friday that the agency is growing marijuana with varying concentrations of CBD and THC. THC, the psychoactive ingredient that produces the "high" sensation, is used along with CBD in medical research and medical marijuana.

"We are targeting concentrations that are low in CBD, equal concentrations 50/50 CBD/THC, and high CBD," NIDA explained. "We will know the final THC/CBD concentrations once the marijuana is harvested this fall and analyzed." The feds earlier this year requested a massive increase in their marijuana production quota -- more than 1,000 pounds, from the originally planned 46 pounds -- to be used for medical marijuana, and the Drug Enforcement Administration ratified the increase in marijuana for research purposes just this week.

"The projection of increased demand is due in part to the recent increased interest in the possible therapeutic uses of marijuana," according to NIDA. NIDA added that it has marijuana of "various THC content already in its inventory," but that if current or upcoming research needs cannabis with custom levels of THC and CBD, and those strains are not already available, they would need to be grown. Because marijuana takes some time to grow and cultivate, NIDA says it "has to predict future research interest so that a customized order is ready once a researcher has obtained all the proper approvals" from all the federal agencies involved.

In recent years, strains of marijuana high in CBD and low in THC, most well know by the name "Charlotte's Web," have been used effectively to treat epilepsy in children. A growing body of research suggests CBD may also be effective in reducing inflammation brought on by multiple sclerosis, stopping metastasis in many kinds of aggressive cancer, killing cancerous cells found in people with leukemia and serving as an alternative antipsychotic treatment.

A bipartisan bill calling for the legalization of CBD was even introduced in the House of Representatives just last month. The House also recently voted to block the DEA from targeting medical marijuana operations that are legal under state laws. Eleven states have legalized CBD for limited medical use or research, and 23 other states have more broadly legalized marijuana for medical purposes. But because federal law considers all forms of marijuana illegal, people who use, possess, sell or grow marijuana for medical use -- even in states where it's legal -- face potential federal charges. 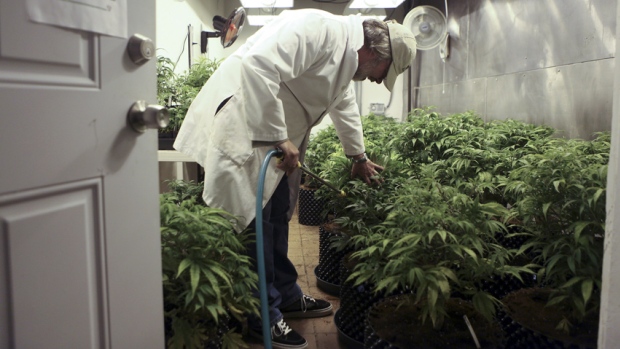 S
Feds Are Increasing Their Marijuana Growth Because Of Cannabinoid Research

Aug 30, 2014
The General
T
S
Feds Are Increasing Their Marijuana Growth Because Of Cannabinoid Research