Despite her hemp farm being legal in the state of Montana and licensed through the Drug Enforcement Agency (DEA), the federal government is denying Kim Phillips access to water for her crops. Her plants are dying.

Phillips' farm is authorized through a program included in the 2014 Farm Bill. It allows industrial hemp to be grown through an institute of higher education or state department of agriculture in states where hemp cultivation is already legal. Montana legalized hemp farming in 2001.

But the federal Bureau of Reclamation nevertheless denied Phillips' request for federally controlled irrigation water until they could determine if her hemp farm is in compliance with federal laws.

She describes this year's crop as a "colossal loss."

"It's the government doing what they do best... ," Phillips said during a phone call with Reason. "Left hand not knowing what the right hand is doing."

Phillips was drawn to the Montana pilot program because a hemp farm there would be legal under both state and federal laws. After a few years of research, she applied to participate in the program and transferred her job from Idaho to Montana. Phillips is now leasing 12 acres for her hemp farm in Helena.

"A lot of the rules and regulations about the cannabis crop are meant to target in on that marijuana side of it and in particular the recreational marijuana side of it... ," Jensen told Reason. "We assumed that because we had gone the extra steps, filed the additional paperwork, and were in complete compliance with the Department of Justice that policies meant to target people attempting to violate the Controlled Substances Act would not apply to our pilot growers."

Yet, Phillips was tripped up by federal regulators at the Bureau of Reclamation anyway.

Despite legalization at the state-level and federal approval, the Bureau of Reclamation has an outdated policy stating that reclamation water cannot be used for the cultivation of marijuana, a result of marijuana's inclusion in the Controlled Substances Act of 1970. Even though hemp has no use as a recreational drug, it is the same species of plant as marijuana, and the DEA does not differentiate between the two.

The Bureau of Reclamation is the nation's largest wholesale supplier of water. The Bureau contracts with the Helena Valley Irrigation District to manage and distribute federal water.

Phillips says she needs to access the federally controlled irrigation to water any crops in her valley. She went to the Helena Valley Irrigation District office to begin watering her crop over two weeks ago. She was then told that the Bureau of Reclamation was denying her request for water. She is the only pilot grower in the Helena valley and is thus the only farmer who has clashed with the bureau so far over the new hemp rules.

According to Steve Davies, area manager for the Montana Bureau of Reclamation, the bureau still needs to work with the Department of Justice and Department of Interior to make sure Phillips' farm is legally eligible for federal water and is in accordance with the farm bill and drug laws.

"If this had been recognized earlier, perhaps we would be further along in the process," Davies told Reason. "We do not know yet whether federal reclamation water can be utilized for this purpose. ... We have to be very careful that legally it's acceptable to use water for this purpose."

He said that the Bureau of Reclamation was not made aware of the pilot program until seed was already in the ground. If the bureau had been contacted earlier, Phillips might have faced this irrigation problem. Davies did not have a time frame on deciding whether federal water could be used with this pilot program, but he understood that a decision would have "implications beyond just this grower" and thus they were taking "a little time".

Phillips, who has now retained an attorney, said she was told she would have an answer by the middle of last week. She is still waiting. Jensen believes that the lack of urgency may be because the federal government thinks her crop can no longer be saved. If they wait much longer, her crop will certainly be ruined. 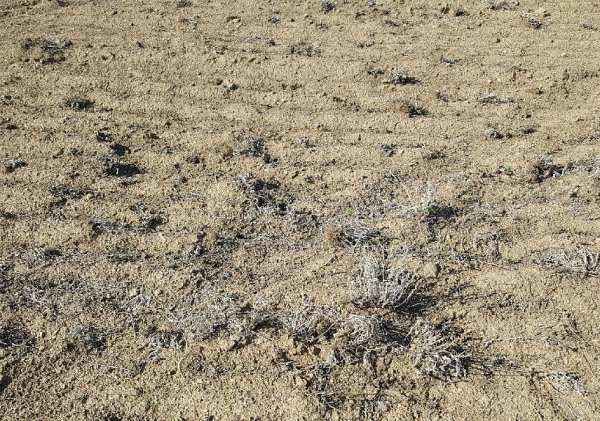