As Montana medical marijuana business owners face federal charges across Montana, a newly produced documentary film, "Code of the West," is screening in four communities across the state this week.

Director Rebecca Richman Cohen and her crew spent nearly two years researching, filming and editing the new documentary, which tells the emotional story of the debate surrounding legislative efforts to amend – and repeal – the 2004 voter-approved law legalizing medical marijuana use by certain patients.

Cohen will screen "Code of the West" in theaters across the state this week. Screenings and post-screening panel discussions with high-profile figures from across the political spectrum will take place in Missoula, Bozeman, Helena and Billings in the coming week.

"Code of the West" documents the 2011 Montana Legislature as it debated marijuana regulation and repeal of the Montana Medical Marijuana Act, which Montana voters passed with 62 percent in favor in 2004.

The film follows central figures in the debate, including Tom Daubert, a longtime lobbyist for environmental and public health-related issues including medical marijuana. Daubert recently reached a plea agreement with federal prosecutors after federal agents raided his former business, Montana Cannabis, in March 2011.

Daubert joined the "Code of the West" post-screening panel discussion in Billings on Tuesday at the Alberta Bair Theater.

On the other side of the debate, the documentary follows advocates of the medical marijuana repeal effort, including Cherrie Brady of Safe Communities Safe Kids and Montana House Speaker Mike Milburn, R-Cascade, who sponsored the bill to repeal the medical marijuana initiative and make all marijuana use again a crime.

Milburn will participate in the film's panel discussion in Helena today at the Myrna Loy Center. Cherrie Brady sat on the Billings post-screening panel.

"Even in the couple of years we've had medical marijuana, it has changed the culture of Montana," Milburn said in the film, "But we are still living under the federal law and that makes it hard to even come up with a legitimate state law."

Cohen – the Emmy Award-nominated documentary filmmaker, writer and director of "Code of the West" – began researching Montana's medical marijuana law in July 2010 and came to the state on a research trip in August of that year.

Sixteen states and the District of Columbia have legalized medical marijuana in some form, yet the federal government doesn't recognize any legitimate medical use of the drug.

Cohen said she wanted to document the social and political challenges of a state struggling to regulate a drug that remains illegal under federal law.

"While the film follows a story that is unique and specific to Montana, this political debate and its implications are relevant nationwide," Cohen said. "People were really divided in Montana. Most folks were not satisfied with how the law was implemented when we started filming in 2010. It raised really hard questions."

Opponents of SB 423 have collected enough signatures to put a Montana Medical Marijuana Referendum on the Nov. 6, 2012, ballot. If passed, the measure would repeal SB 423.

The Montana Supreme Court is scheduled to hear oral arguments on May 30 on an appeal of a Helena district judge's ruling blocking portions of SB 423 from taking effect. 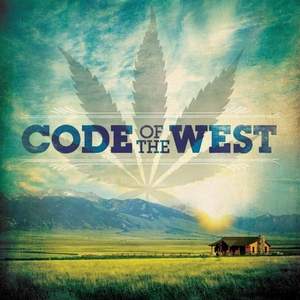