As if there isn't enough uncertainty right now for Northern California weed farmers, this week's fires are threatening the 2017 harvest. That is for those farmers who are lucky enough to have a harvest.

Fires are raging in 14 counties, according to the California Department of Forestry, and an estimated 1,500 residential and commercial structures have been destroyed. Since late Sunday night, 57,000 acres have burned and tens of thousands people have been evacuated. And that's just the past few days. The National Interagency Fire Center claims a total of 3,692 Northern California fires have burned 411,742 acres in 2017.

While the scope of these life altering tragedies is still being calculated, cannabis farmers have begun to assess the toll on this year's outdoor harvest and the outlook is grim.

On various cultivation websites, the state's cannabis farmers are already decrying crops being tainted by the smell of smoke, which weed consumers across the county will readily be able to detect. California grows an estimated 13 million pounds of pot annually and four of every five pounds is shipped to other states. Growers, in an attempt to embrace the catastrophe, have be christening various strains of the 2017 harvest with names like "campfire pot," "hickory kush," and "beef jerky."

In addition to unsavory odors, cannabis exposed to smoke and ash is more vulnerable to disease, which can result in high levels of molds, mildews, and fungus, creating potential health risks such as lung infections. Medical cannabis users with preexisting conditions such as lung or cardiovascular disease should be particularly careful about the condition of their cannabis.

Many farmers are now predicting that pot tainted by the scent of fire will lose value due to poor flavor and the uncertainty of the plant's health, according Hezekiah Allen, executive director of the California Cannabis Association.

"Several of our members have lost farms and homes; these fires are going to have an impact on our community," Allen said. "The growers who lost their crops will suffer catastrophic impacts. The overall marketplace in the state is robust and will likely see much more modest effect. A lot of cannabis will be tainted with smoke. It is pretty easy to identify smoky bud by the smell. It will lose a lot of value. Contaminated products may be able to be remediated in manufacturing process."

The potential fire damage comes at a time when California's Office of Cannabis Control is establishing tough new regulations for the new recreational and medical marijuana markets. All cannabis sold under the new legal framework will have to be tested for wholesomeness.

The question now looming over the new market is how much of the Northern California outdoor harvest will make it past the rigorous testing standards. 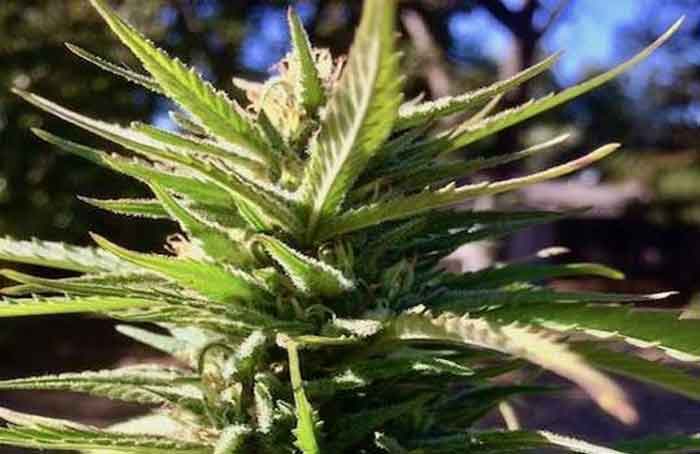 How The California Wildfires Will Ravage The Weed Economy

Marijuana Growers Risk Being Wiped Out By California Fires

California Fires Spare Most Vineyards, But Marijuana Crops Go Up In Smoke