First Maryland Medical Cannabis Crop Grown But Not Yet For Sale

he first crop in Maryland's long-delayed medical cannabis program is mature and waiting for testing, but it is still unclear when patients might be able to buy it.

And industry officials caution that when it is ready for sale, there will not be nearly enough to meet market demand.

"This industry is in its infancy," Patrick Jameson, executive director of the Maryland Medical Cannabis Commission, said Tuesday.

"No one should have any expectations," he said. "The initial supply of medical cannabis will be limited."

The nascent industry has grown in fits and starts, beset by delays, court cases and a complete overhaul of the commission this summer.

More than 100 companies given initial approval to join the market in 2016 have not passed inspection to come online.

Before Tuesday, just one dispensary and one independent testing lab were permitted to do business.

ForwardGro, the Anne Arundel County company that was the first in the state to get a growing license, sent its product to the lab last month and is waiting.

ForwardGro spokeswoman Gail Rand said her company gave the testing lab some of its product to help the facility calibrate its machines, a process that is still underway. That must be completed before the marijuana flowers are tested for potency and quality, then certified for sale. She could not estimate when that would happen.

"We have to wait for all their equipment to be validated in order for them to be ready to test," Rand said. "We are waiting for each step to figure out the next step."

Newly approved dispensary owner William Askinazi said he's hoping to have at least some product in two to four weeks.

The medical marijuana commission granted him permission Tuesday to open the doors at Potomac Holistics, his 3,000-square-foot medical suite near Shady Grove Medical Center in Montgomery County. In addition to dispensing at its office space, Potomac Holistic plans to deliver cannabis to patients all over the state.

Askinazi said he's had 800 inquiries from potential patients in the last eight weeks.

Jameson said 12,491 patients have been enrolled in the program, and 550 medical providers have signed up to recommend the drug, which represent less 3.5 percent of the state's roughly 16,000 doctors.

There is not a public list of doctors available, so patients must seek out professionals to recommend it. Doctors, dentists, nurse practitioners and midwives can recommend the drug.

Kind Pharmaceuticals also received a processing license, along with the Pharmaculture Corporation in Allegany County, Rosebud Organics in Montgomery County and AFS Maryland in Wicomico County.

Steep Hill Maryland in Howard County and Atlantic Testing Labs in Anne Arundel were granted provisional permission to operate as certifying testing labs, bringing to three the total number of labs in the state.

Frederick County is now home to two of the three approved dispensaries in Maryland now that KNR Holdings was approved to do business. The state's first dispensary, the Wellness Institute of Maryland, opened in Frederick in early July and has been taking "pre-orders" since then.

During a meeting of the cannabis commission held in the Frederick County Council chambers, Jameson cautioned that the whole supply chain won't be up and running at once, and patients may need to wait. 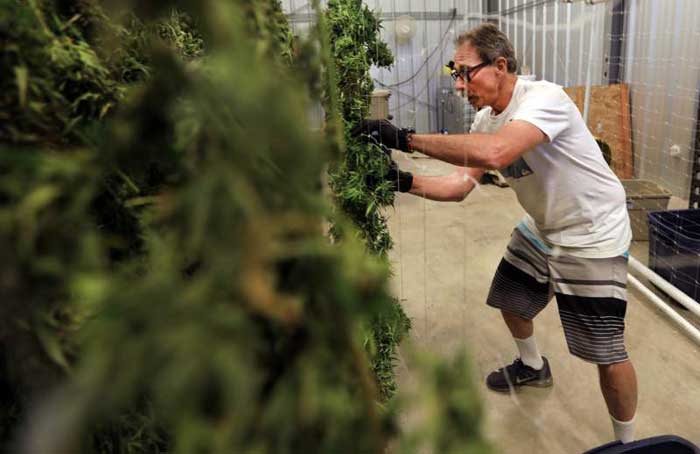