The first specialty clinic for medical marijuana opened in Annapolis last month and has seen more than 100 prospective patients - even though the Maryland Medical Cannabis Program isn't expected to be operational for another year.

Greenway Consultation, located in the Conte Lubrano Office Building, has three consultants and three physicians, who are not yet registered to recommend the drug through the Maryland Medical Cannabis Commission. The commission develops and oversees all licensing, registration, inspection and testing.

The clinic's spokesman Nick Petrucci said opening in advance of the program has advantages, such as beginning to build the patient-doctor relationship to expedite a recommendation for marijuana when the program begins.

The commission requires physicians to examine the patient, review and maintain medical records, assess his or her medical history and provide follow-up care, as needed.

Cannabis program regulations are under public comment until July 27 and the commission expects to adopt them in September. It also anticipates doctor and patient registries through the state to begin in December or January.

"All the laws have been approved," Petrucci said. "Every doctor that we are associated with, we meet those (drafted) guidelines. The worst case scenario is if there were adjustments to the regulations, (doctors) would simply follow those requirements."

Judy Pentz, executive director of the state's chapter of the National Organization for the Reform of Marijuana Laws, a nonprofit that advocates for the legalization of the drug, said the clinic asked for the organization's support but she was hesitant.

"They should not be charging money yet for a program that has not been implemented," she said. "I'm very concerned."

Hannah Byron, executive director of the commission, said it supports the dissemination of accurate information about medical cannabis in Maryland, which is a goal of Greenway Consultation. The business plans to host monthly meetings at which dispensaries, grow sites, botanical grow stores, hydroponic shops and head shops will be invited to speak and hold education demonstrations.

"It is important for potential patients to recognize the program's regulations are not yet finalized and that only licensed physicians in good standing with the state will be authorized to certify patients for medical cannabis use once the program becomes operational," Byron said.

The commission expects that medical cannabis could become available in the second half of 2016 and will begin accepting applications for growers, processors and dispensaries in mid-October to November of this year. There is no need to pay any person or organization any fee other than the fee a physician charges for the doctor visit, according to the commission.

Petrucci said the office has been fielding over 50 calls a day, some callers choosing to be put on a wait list to see a physician after the program opens.

Petrucci said specialty clinics offer a setting for patients to ask about cannabis outside of insurance and where they don't feel uncomfortable bringing it up to a doctor who may not be informed about or supportive of medical marijuana.

Patients may be qualified to use medical marijuana if a condition is severe and other medical treatments have been ineffective. Patients may be considered if they have a chronic or debilitating medical condition that causes severe loss of appetite, wasting, chronic pain, nausea, seizures, persistent muscle spasms, glaucoma or post traumatic stress disorder.

The website for Americans for Safe Access, which has a mission to ensure safe and legal access to cannabis for therapeutic uses and research, says clinics like Greenway are common in states with medical cannabis laws. But the organization warns patients it generally costs $100 or more to see a medical cannabis specialist; and paying for a consultation does not guarantee a recommendation, and time with the doctor and quality of care can vary.

The initial appointment with a physician at Greenway is 30 minutes and costs $200. Insurance is not accepted but cash and credit cards are, Petrucci said. Every appointment after the initial enrollment costs $100, he said.

Unless the state Department of Health and Mental Hygiene changes the current draft of regulations, patients won't have to return to the clinic once the program is operational to get their certification if approved by a Greenway Consultations physician.

Rhode Island resident Maria Petrucci, Nick Petrucci's mother, opened Greenway Consultation on June 16, a year after Maryland became the 21st of the 23 states that have legalized medical marijuana. The organization is recognized by the state Department of Assessments and Taxation.

The Petruccis saw a need for these types of clinics after pro-medical marijuana doctors' practices in Rhode Island were stigmatized for providing certifications, Nick Petrucci said. Maria Petrucci first opened a clinic there, 11th State Consultations, in April 2011.

In 2012, the clinic was shut down by the Rhode Island Department of Health. According to a cease and desist order, the activities of providing health care consultations and assessments on an outpatient basis fell under the state's definition of a health care facility, and the clinic was not registered as such.

Nick Petrucci said the clinic reopened after a few weeks when the company clarified its role in consultations, meaning the consultants were not performing the health assessments, so they did not need to register as a health care facility.

Maria Petrucci also operates True Herbal Consults in Massachusetts, which opened this month and is in the process of opening another clinic in Maine. 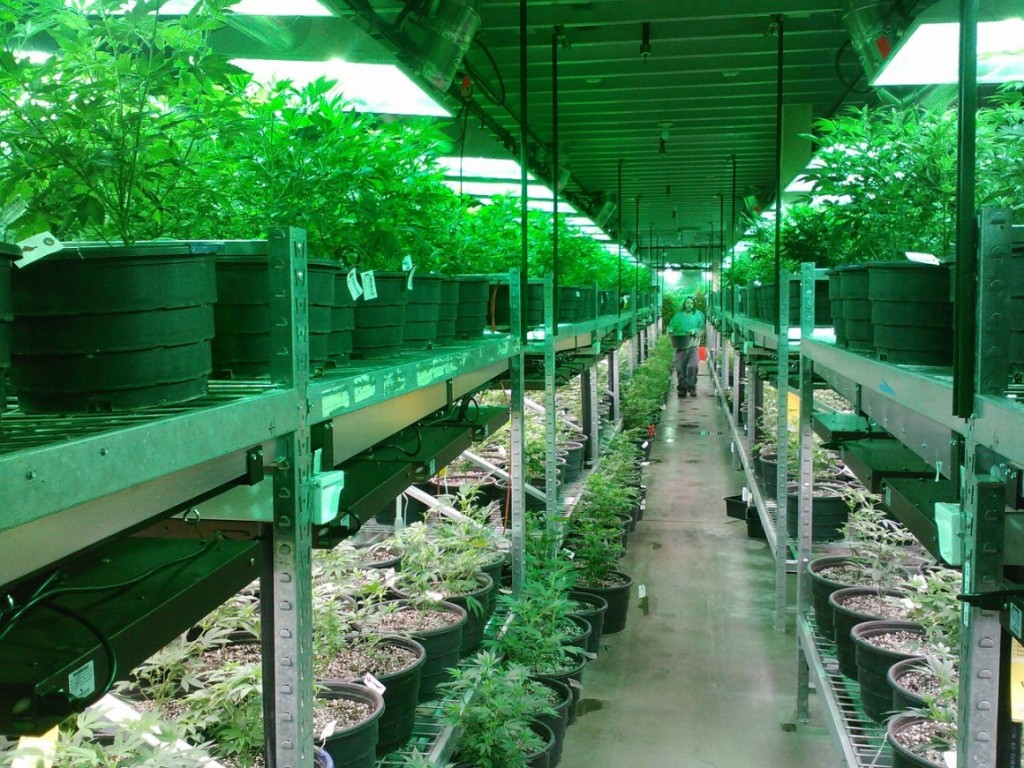