CBD, a prominent compound found in cannabis, is becoming known across the globe as a substance that can effectively treat a wide range of health issues including but certainly not limited to chronic pain, inflammatory bowel disease, pharmaceutical dependence, painful side effects of terminal illnesses, and epilepsy. A recent study indicates that CBD's benefits may also be broadened to treat sufferers of strokes and other cardiovascular-related issues.

The study, from Fudan University in Shanghai, has claimed to be "the first to document the neuroprotective effects of CBD against OGD/R insult" and is centered around CBD's effects on a condition known as cerebral ischemia, which is a deficiency of blood flow to the brain and is related to a host of health problems such as stroke, brain damage, and cardiac arrest.

"Cerebral ischemia is one of the commonest clinical conditions, and is involved in many serious diseases, including stroke, cardiac arrest, and respiratory arrest," the study stated.

"The treatment for this condition usually involves the restoration of blood flow as quickly as possible. However, this can entail secondary injury to the ischemic area, referred to as 'ischemia/reperfusion injury'. The restoration of the blood circulation causes inflammation and oxidative-stress-induced damage in the area affected by the absence of oxygen and nutrients during the period of cerebral ischemia."

"CBD treatments will most certainly exist in emergency rooms for stroke and cardiac patients in the future," said cardiac specialist Dr. Sean McCormick. "Not only will CBD extracts prevent inflammatory damage but they may also heal existing damage."

The study's conclusion noted that "more in-depth studies are required to investigate the precise mechanism underlying the success of CBD treatment and to determine the actual role of CBD in cerebral ischemia."
The study in its entirety can be read here.

CBD is one of at least 160 cannabinoids found in cannabis. CBD stands notably in stark contrast to another cannabinoid known as THC. CBD is valued by patients for being a form of cannabis that can be consumed as a medicine while receiving very little, or none at all, of the mood-altering effects that one would receive by consuming THC.

While earlier research has already suggested positive findings related to CBD's effects on the heart and the brain, this study provides more focused insight regarding CBD's potential to ease, or perhaps even block, the crippling effects that remain following a stroke or similar injury.

Despite the fact that medical uses of cannabis have become quite expansive over recent years and scientists continue to discover various benefits of CBD, the United States federal government still serves as an obstacle to many individuals seeking non-pharmaceutical relief.

In August 2016, the DEA refused to move cannabis from Schedule I and continues to define it as more dangerous than Schedule II drugs like cocaine and meth. And in December, the DEA doubled down on its stronghold by assigning new codes to cannabis extracts including CBD. The codes were described by the DEA as a way to better track cannabinoid research, but has been viewed as a threat to cannabis patients.

However, the DEA did reportedly advise that it would allow additional licensing of cannabis farms for scientific research. Regardless of past interference in the benefits of cannabis, it remains to be seen how the current presidential administration will handle the inevitable growing popularity of medical cannabis stemming largely from vital and continuous scientific research. 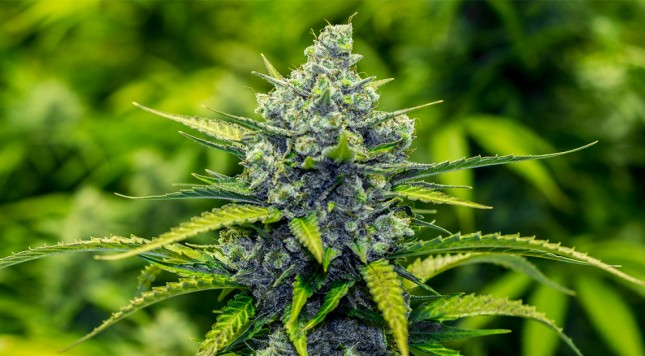 Consuming Cannabis Could Slash Your Chances Of Blood Clots, Stroke

Could Cannabis Protect You From A Stroke