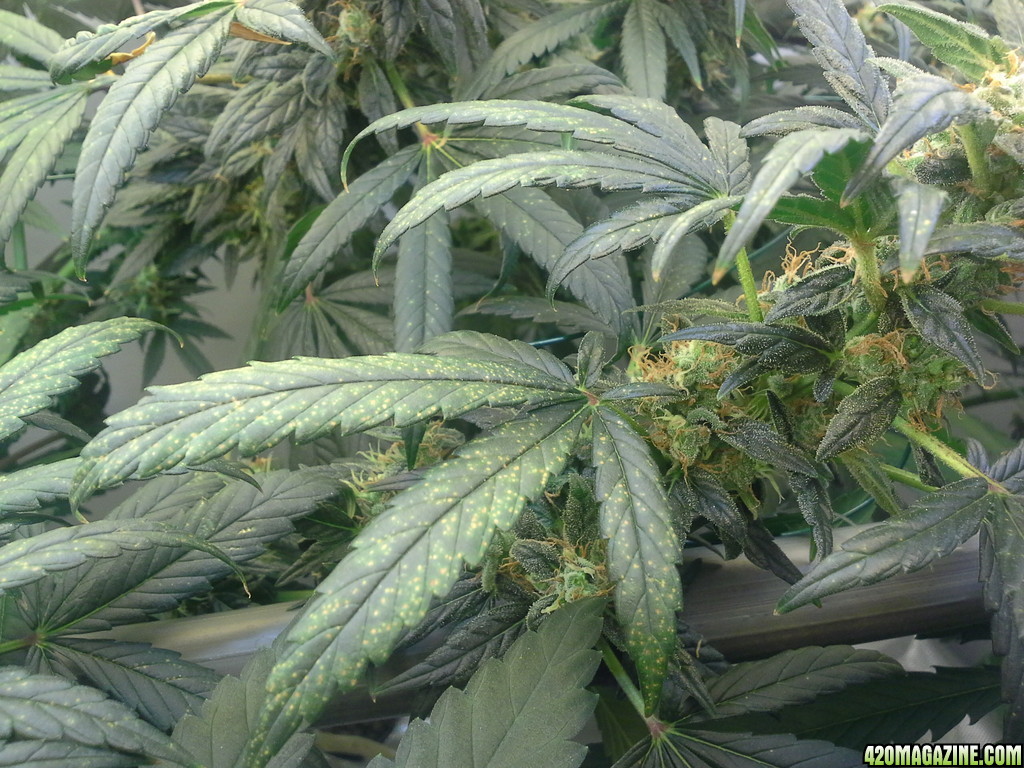 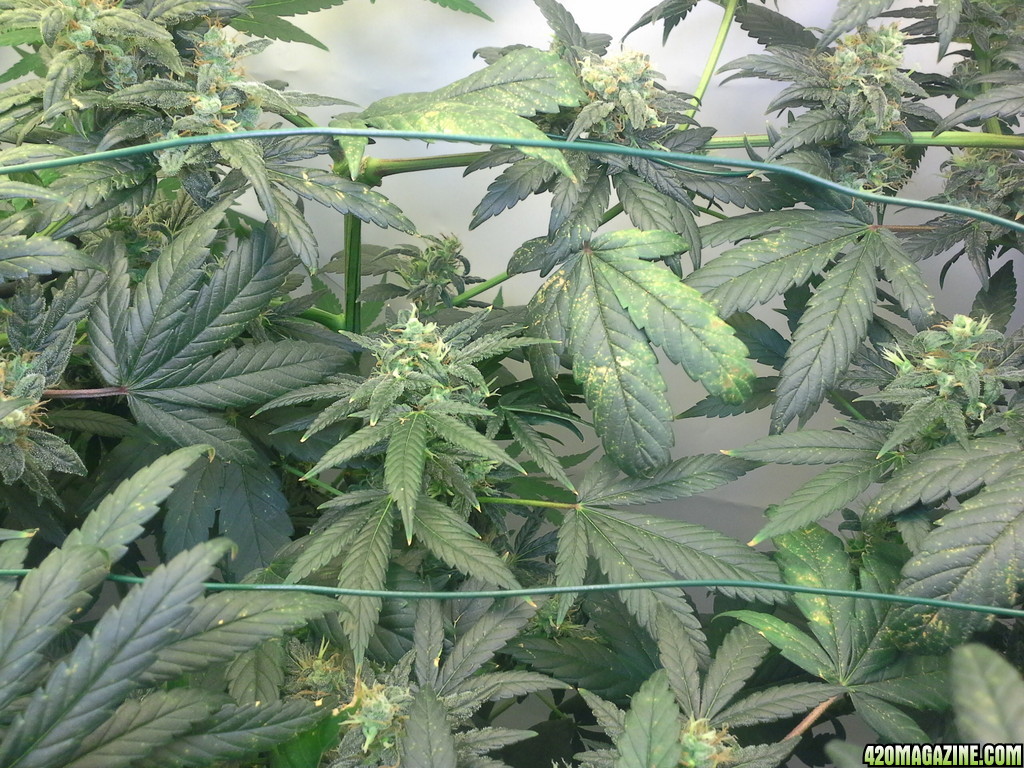 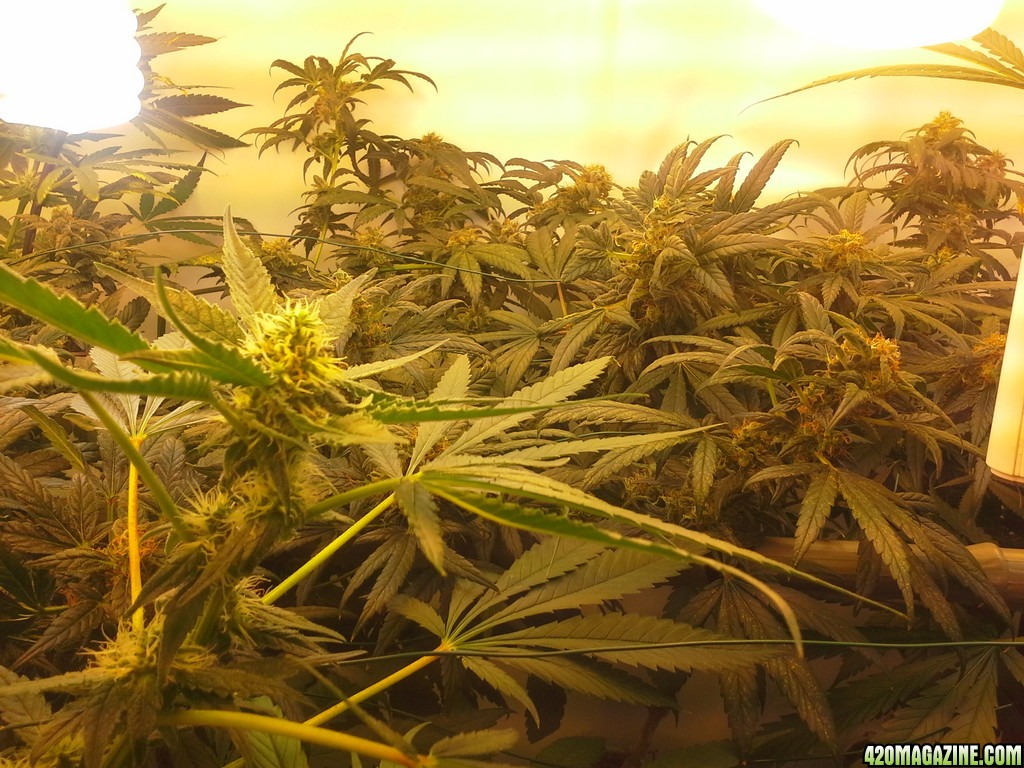 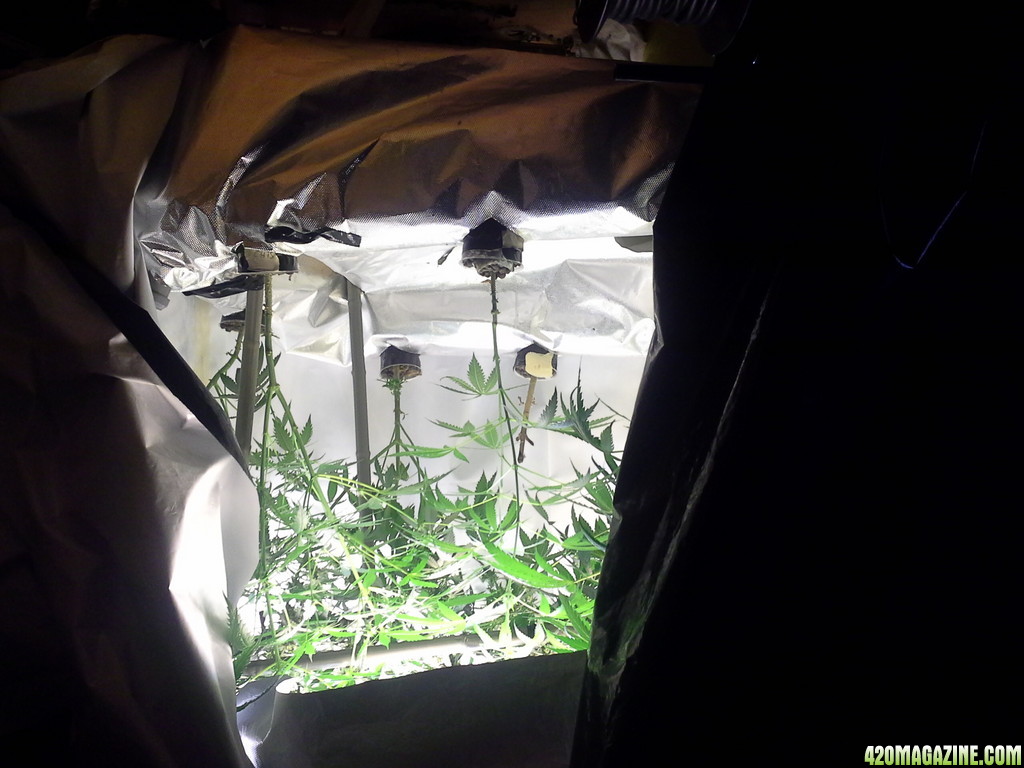 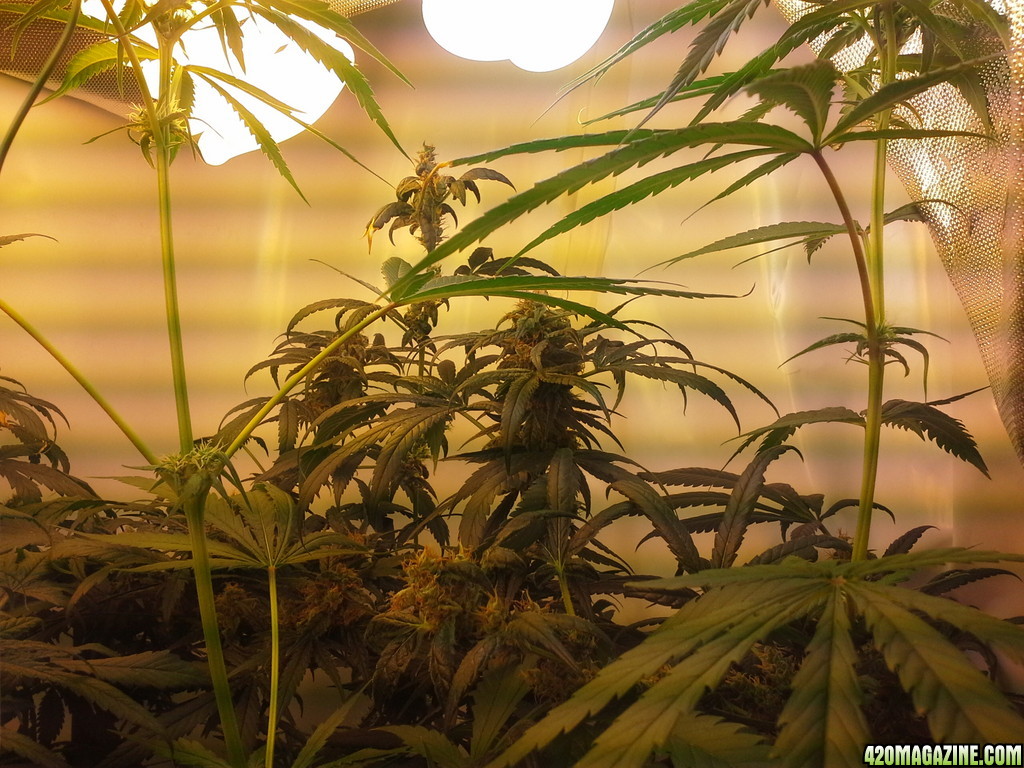 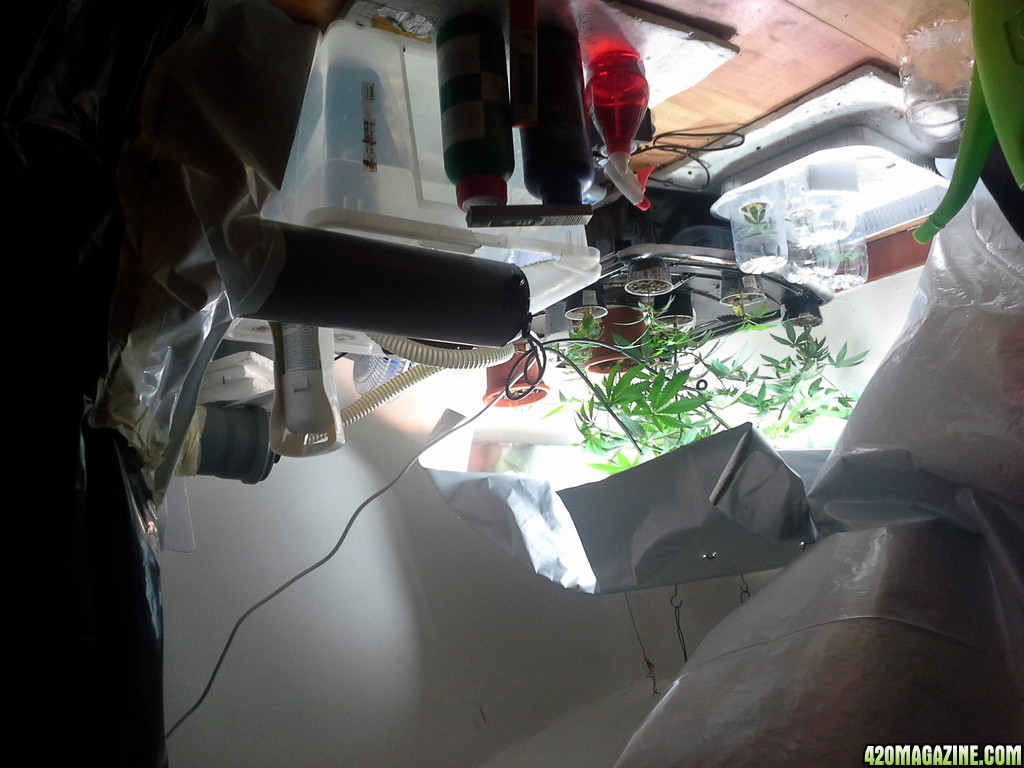 Hello everyone, I'm a new but we'll educated grower experimenting with hydroponics for personal medication, I also truly enjoy the hobby aspects of growing, although it is proving to be a lot of work and trouble... I previously tried with soil but. Dirt.. is dirty.
And building my new hydro setup was a lot of fun. I was wondering if anyone out there is using a similar setup and might want to share some experience.... This is also my first post on a forum, so here it goes:

I am growing some dp blueberry, paradise delahaze, greenhouse lemon haze and a phenotype that I lucked out on after germinating 20 mystery seeds. I am using 7 65w 2700k cfls, 1 65w 6500k cfl and 2 23w 6500k cfl in my flowering area (12\12), the space is about 160cm x 100cm (5 feet x 3 feet more or less) and unfortunately it's quite low as the attic comes down on a slant, about 2m (7feet) at its tallest and 160cm 5 feet lowest. I built a reflector from thin wood paneling and mylar which is almost as big as the grow area itself. And the lights are evenly distributed over the entire area at a45 degree angle as I couldn't decide between vertical or horizontal. I want to upgrade to hps after the summer, and am considering moving to an apartment with an actual room that has a door, as right now I have practically just built a tent out of white plastic... and it isn't very practical.

I have a tiny fan blowing from the floor up, a big fan blowing across the canopy, andan extractor with an odor sock carbon filter (which doesn't seem to do much) .

Hydro setup: 1 11cm pvc pipe (about 6 inches) that follows a u shape starting in the res and ending in the res. I have a 40 liter res that I must add about 5 liters to every day at week 6 of 12/12. One air pump, one small water fall, and plenty of air in the pipe. I started out with a very powerful aquarium water pump but had to downgrade once the roots filled the pipe and the water started to leak, now I have a smaller pump and the pipe seems to have about 2cm or 1 inch of water running through it, there are no nozzles or sprayers or small tubing as those options are really cool but seem like a problem waiting to happen. My system holds 11 plants about 30cm between them.

water: I am using tap water with an original ec of about 0,5 and a ph of 7,2 which I adjust to 5,7 with phosphoric phosphoricacid after adding 6 billon different thins to it, in the rest it stays around 23 degrees Celsius.

I am having trouble with some nitrogen toxic ity and calcium def( if it's not spider mites) that is only bothering my blueberries, my haze varieties are light green and happy.. God knows why, from my research it should be the opposite. The blueberries are the first in the pipeline, could it be that they suck everything up before the nutes get to my sativa doms?

nutes: gh Europe flora series + h2o2 + fulvic acid + a 5.25.5 additive I found.... I've been experimenting a bit with this stuff. I started with the full recommended dose on the gh bottles and the h202, but my ec was only at 1,3 and gh recommends 1,8 or 2,2 for flowering so I just added more nutes in correct proportions until I got the ec up to 2.0, I did this during week 4 of 12 12, one day at a time adding more nutes every time I replaced the water the plants used.
I then thought that all that N wasn't such a hot idea so I replaced the flora grow with gh ripen and I some replaced 30percent of the flora micro with a 5.25.5 supplement that however only has nitrogen as ammonia......... so the end result was about this for 10 liters (2,5 gallons?) 5 ml flora micro, 2,5ml 5,25,5, 15ml flora bloom, 15ml ripen, 5 ml h202, 20ml fulvic acid, 2 or 3 ml phosphoric acid. Then I started noticing yellow dots. ?.. I am now back down to 1,2 ec after not re integrating any nutes for a week, and when I'm done write this I'm going to phone blanace "pure" tap water and flush for a few hours before making a new with just ripen, as I'm into week seven.
Growing medium is plastic cups with tiny holes, black duct tape, and perlite/ hydro ton mix

Anyone have any suggestions?

Also, my hazes are three weeks younger than the blueberries, but I didn't have a choice, when I take the N away from the water I want to foliar feed them with flora micro, sound good?

.. I only have a 10x stereo microscope with which I think I can see very closely...... can see trichomes perfectly , but no bugs... think its the scope or that I just don't have bugs? Maybe some eggs.. but they might be baby trichome... I dunno. I have been frequently spraying with just water to keep mites sad and lonely.

Temp.. from 23 to 30 c. It's getting hot now in June and even with air conditioning on I can't keep it cooler, humidity is pretty stable at 50 percent.

yield isn't looking too super, but the buds are pretty, aside from the ones that are hermie s... I have some stupid light leaks and dp has some stupid breeders. Will eliminate my side of the problem with next grow, and pluck out a few flowers and a few seeds for this grow. I'm thinking that it's still a bit early and they should pack on some weight I the next two weeks.
T

I don't know why my pics are upside down..... sorry, you'll just have have to hang upside down to see them
T