The first man to buy legal, recreational marijuana in Spokane claimed on Wednesday that he lost his job due to the news coverage on Tuesday. Michael Kelly Boyer was the first customer to buy marijuana at Green Leaf in Spokane, Wash. However, Boyer's employer told KREM on Wednesday that he was still currently employed at Kodiac Security. Boyer claimed that his other employer, Labor Ready, wanted him to take and pass a drug test by Thursday.

Boyer posted his claim and resume on Craigslist in a post titled "LOST MY JOB! still #1 tho!!" "I lost my job due to the news coverage of me being the FIRST PERSON TO BUY MARIJUANA LEGALLY IN SPOKANE! I regret nothing. But now im jobless and have decided to post my resume here. Thanks for reviewing it," Boyer wrote. On Tuesday, KREM-TV spoke to Mike Boyer as he waited in line to buy recreational marijuana. He brought a sleeping bag and food to keep him going throughout the night. "Why not? It's history right here, might as well be the guy to be the first one here," said Boyer during a Tuesday interview. Colorado and Washington are the only states that have legalized recreational marijuana in the USA. 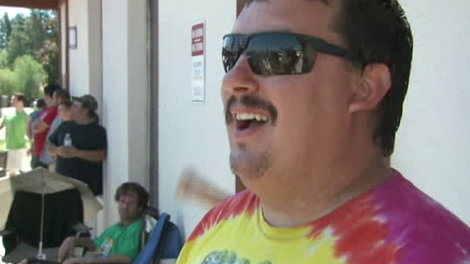