Salt Lake City - After nearly a year of studying the issue, the Utah State Legislature's interim Health and Human Services ultimately declined to endorse any bills on medical marijuana.

"We conclude the issue is significant, but that more time is needed to develop solutions and consensus," Sen. Evan Vickers, R-Cedar City, said at a hearing on Wednesday.

The vote not to support or oppose any bill does not mean medical marijuana is dead on Utah's Capitol Hill. Indeed, it may be one of the biggest issues in the 2017 legislative session. FOX 13 has been told there are as many as five medical cannabis bills being drafted, dealing with research and regulation.

"My bill, I think most people would say brings more people into the tent to help them with different afflictions," said Rep. Gage Froerer, R-Huntsville. "What it does is it puts the medical profession in charge in terms of what ratio works for the patient."

Rep. Froerer said he hoped to work with Sen. Vickers to reach compromise legislation. But after Wednesday's hearing, medical cannabis advocates had little hope for the fate of the bills in the legislature.

"We have a lot of problems with these bills and I'm concerned they never invited patients to the table," said Christine Stenquist, a medical marijuana advocate with Together for Responsible Use and Cannabis Education (TRUCE).

Stenquist said she did not have believe lawmakers would be able to do enough to address the needs of patients who would use cannabis to treat medical conditions. Some draft legislation has been more restrictive on who can get access to it and what chemical components are used, while competing bills are more liberal on patient qualifications and ingredients.

Stenquist said some legislation she's been tracking has "poison pills" in it.

When the legislature failed to take action earlier this year on medical cannabis, advocates brought up the idea of a ballot initiative. Stenquist said regardless of what the legislature does, that may be necessary.

"I think whoever is working on a ballot initiative should go and and go through with it. If nothing else it will be the thing that keeps these guys in place," she said.

Lawmakers have said a ballot initiative could create problems and have unforeseen consequences.

"If we can pass something with the ratios that make sense for more people not less, we satisfy enough people that can say 'Let's hold off on the initiative,'" Rep. Froerer said. 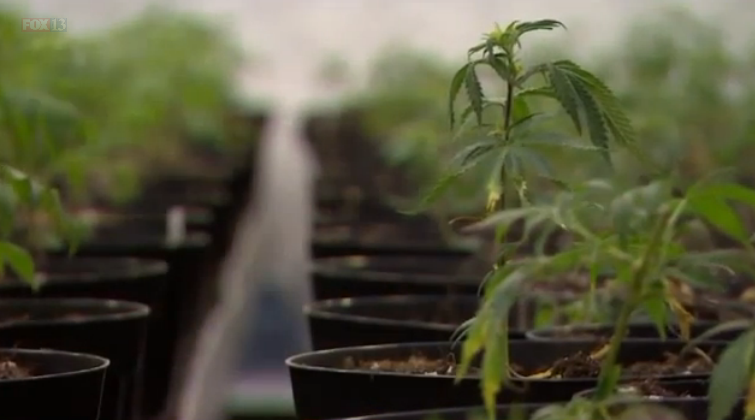