Just after our story posted on the polling numbers and popularity of medical-marijuana, the following coincidentally happened to an activist mentioned in the piece:

by Richard Dymond of the Bradenton Herald

The Cathy Jordan Medical Cannabis Act will come before Florida legislators in 2013 in honor of a wheelchair Parrish woman who has fought for the past 16 years for the legalization of medical cannabis in Florida.

But, Cathy Jordan's celebrity in the area of medical cannabis, including her conviction that the herb has helped her battle her Lou Gehrig's disease, does not insulate her from existing marijuana laws.

Jordan's husband, Robert, told the Herald that his Parrish home in Beck Estates on 98th Avenue in Parrish was raided shortly after 2 p.m. Monday by deputies and detectives with the Manatee County Sheriff's Office drug intervention unit who wore ski masks.

No arrests were made Monday but a total of 23 marijuana plants, including two waist-high nearly mature plants that Cathy Jordan uses for her treatment plan, and a crop of seedlings, were confiscated by authorities, Robert Jordan said.
When reached Monday night, Dave Bristow, a sheriff's office spokesman, could not confirm the raid or whether arrests were made.

Robert Jordan said no arrests were made, but charges are pending.

"My wife is not happy," Jordan said. "It really upset her. I am very protective of my wife. She can't feed herself. She got really upset and started crying. None of this should have happened."

Cathy Jordan told the Herald in 1998 that she lights up a marijuana cigarette and smokes it before going to bed each night.

"I regained my appetite after I started smoking," she said at the time. "It helps the pain and helps me to relax."

Florida Sen. Jeff Clemens, D-Lake Worth, is proposing the Senate bill after proposing a constitutional amendment in 2011 and 2012 that would allowed Floridians to vote on the issue of legalization of medical marijuana.

Clemens said Monday he was angry about the raid on the Jordan house.

"Do we want to be the kind of state that raids the home of a woman in a wheelchair in order to enforce outdated laws?" Clemens said Monday night.

Clemens said his bill would establish the framework for the legalization of marijuana in Florida for very serious diseases, like Lou Gehrig's disease, MS, cancer and others.

"It would not be for a sore elbow," Clemens said.

It would also lay out details on how many plants a person may be able to grow personally and gives structure to how medical cannabis farms would operate, Clemens said.

Robert Jordan, 64, said he had just awoke from a nap in his easy chair when he saw two deputies approach his house with drawn guns.

"I ran out and said, 'What are you doing here?' " Jordan said. "They said, 'We have probable cause. You are growing marijuana.' I said, 'It's medicine for my wife. I know people use that as an excuse, but this is true.' "

Jordan said he came at the deputies hard verbally and they gave back hard.

"I'm no saint," Robert Jordan said. "I'm a 100 percent disabled Viet Nam veteran with a bit of an angry streak. We went at it but just verbally."

Jordan said he finally agreed to sign a document allowing authorities to walk through to check if they were operating a "grow house" but there is no indication what might occur next.

"Once they turn the information in, I am subject to arrest," Robert Jordan said. "We have a sign on our front porch indicating that we support Cannabis Action Network, which is a Florida organization to bring public awareness to change marijuana laws. we are trying to do this the right way. Many people use medical pot as a phony thing. But, with my wife, if she doesn't have marijuana in five or six days she goes downhill." 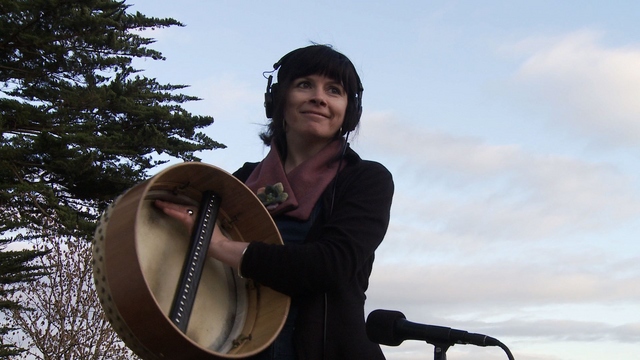