A Tallahassee judge Thursday ordered health officials to stop the process of granting a marijuana license to a black farmer, one of 10 coveted new pot licenses approved by the Legislature this year.

The state Office of Medical Marijuana Use was supposed to grant all of the licenses by Oct. 3, but has not begun accepting applications for some new licenses. Christian Bax, director of the office, blamed the delay on the lawsuit that challenges the constitutionality of the carve-out for a black farmer.

The challenge is focused on a portion of a new state law that was passed during a June special legislative session. The law was intended to carry out a voter-approved constitutional amendment that broadly legalized medical marijuana in Florida.

Under the law, one of the 10 licenses must go to a grower who had been part of settled lawsuits, known as the "Pigford" cases, about discrimination against black farmers by the federal government.

The law also requires the black farmer who receives a license to be a member of the Black Farmers and Agriculturalists Association-Florida Chapter.

But lawyers for Columbus Smith, a black farmer from Panama City, argued that, while he meets the qualification of being part of the Pigford litigation, he has not been allowed to join the black farmers association, effectively preventing him from receiving a license.

The Florida Constitution bars "special" laws, in part, that relate to "grant of privilege to a private corporation." The lawsuit alleges the medical-marijuana law violates that part of the Constitution.

On Thursday, Leon County Circuit Judge Charles Dodson granted Smith's request for a temporary injunction "on the bases stated by plaintiffs in their motion," which focused on the part of the law dealing with the black farmers.

"The court granted the motion based on the particular statute that we challenged, and not on anything else," Wilbur Brewton, a lawyer representing Smith, told The News Service of Florida after Thursday's brief hearing.

Brewton and lawyers representing the state told Dodson they wanted to have the matter wrapped up by June.

But lawmakers may resolve the issue earlier.

Senate budget chief Rob Bradley told The News Service of Florida he wants to revisit the black-farmer portion of the law during the legislative session that begins Jan. 9.

"Based on how I've observed this issue evolve, I would like to see the Legislature address the matter in the 2018 session," said Bradley, a Fleming Island Republican who has been instrumental in developing and passing marijuana-related legislation for the past three years.

Bradley intends to co-sponsor a measure (SB 1134) filed by Sen. Darryl Rouson, D-St. Petersburg, that would strip membership in the black farmers association from the eligibility requirements for the black-farmer license.

"It would open up that particular license to more competitors who meet the definition of being involved in that (Pigford) civil rights litigation. I think it would be in the best interest of the people of the state of Florida to have more competition for that license," Bradley said.

But marijuana industry insiders said they believe the agency could plow forward with licenses because Smith's challenge is focused solely on the black-farmer portion of the statute.

"Patients throughout Florida are still waiting to get access to this medicine they approved last November because there aren't enough licensees in the marketplace," he said.

Under the June law, health officials were required to issue licenses to applicants who had legal challenges pending as of January or who had scored within one point of the highest-ranked applicants in five regions. The Department of Health granted six such licenses after the law went into effect. The law also opened up the application process and required the health department to grant additional licenses.

Licenses to grow, process and dispense medical marijuana have been one of the most controversial issues in the rapidly developing industry. The new round of licensing will be the first opportunity for those eager to get in on the lucrative "green rush" to apply for licenses since the birth of the state's marijuana industry in 2014 when the Legislature authorized non-euphoric cannabis for patients with severe muscle spasms or cancer.

Under the 2014 law, nurseries that had been in business for 30 years or longer in Florida and grew at least 400,000 plants were eligible to apply for a medical marijuana license.

In expanding the number of licenses this year, the Legislature carved out a license for black farmers who complained that they were prevented from applying for the original licenses because none of the black farmers met the eligibility criteria.

Additional licenses will become available as the number of patients in statewide database increases, but, for now, potential pot purveyors are anxious for the state to get the process started.

And they're not the only ones.

In October, Senate Health Policy Chairwoman Dana Young, R-Tampa, berated Bax for insisting that he could not begin processing new applications until his office knew what the judge would do regarding Smith's lawsuit.

"I'm not buying that just because there's litigation out there you can't fulfill your statutory duty to issue these additional licenses," Young, a lawyer, scolded Bax during a committee meeting. 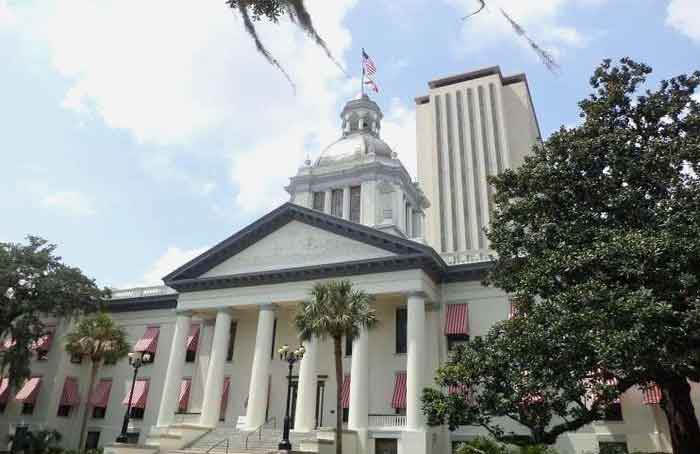