St. Augustine, Fla. — Priscilla de la Cruz sits on an armchair in Isabela's Bar Cuba where she is helping open the shop for a friend. She wears a yellow sweatshirt decorated with a lion made out of marijuana. Her hair short from the chemotherapy.

She has secondary stage-four lung cancer and says she is grateful that Florida voters on Nov. 8 passed an initiative allowing people to use marijuana for medical purposes.

De la Cruz has used marijuana before. She grew up in California and said she obtained marijuana from dispensaries there. "Those days it was only $80," de la Cruz said, but she is worried because she has heard rumors it will be more expensive now.

The application for medical marijuana is online and, according to de la Cruz, she filled it out in one morning. She had previously tried to apply, because she is terminally ill and it was technically legal for her to smoke medical marijuana before the initiative passed. But she said the process was too extensive and confusing to navigate. She waited until the amendment passed. Now, doctors have to go through an eight-hour class to prescribe medical marijuana. But she hopes that will help make a smoother process for patients.

The application is specific about which diseases qualify for medical marijuana. They include: cancer, HIV, Crohn's disease, ALS, glaucoma, epilepsy, Parkinson's, AIDS, multiple sclerosis and PTSD. There is a box for "other" as well. "The 'other' leaves the door open for recreational one day," de la Cruz believes.

Because the process is so new, de la Cruz isn't sure how long it will take to get the prescription. She has filled out the application, sent in a medical release form, and is now waiting for a call. "In California, what I remember, you just go to these 'doctor's offices' and they're specially for that. And you pay the 80 bucks and they take your picture and you just go to the dispensaries. You show your driver's license and prescription... You did that once, and you, know, that's it," de la Cruz said.

Although it was just declared legal, de la Cruz has already used marijuana to help her symptoms. "It puts me to sleep," she said. According to de la Cruz, she doesn't have a lot of pain. In the beginning of her chemo treatments, her bones would ache, but now the pain has mostly subsided with her new chemo treatment. The marijuana did help her sleep, though, because the steroids she had to take would keep her up at night.

De la Cruz hopes that this new law will help other cancer patients as well. "You're not on pills," she said, "They have so many pill clinics, you just become a pill-addict. You're not going to get addicted to that pot."

Andrew Sutton is the former political director for the Vote No on 2 campaign. He worries the new law provides a false hope to patients with cancer and other serious diseases. "I'm particularly disturbed by people who are convinced that marijuana is some suppressed cure for cancer," Sutton said. He also is concerned about medical marijuana being prescribed to people with anxiety. "I'm worried about that condition in particular for two reasons," he said. "Firstly, people who really are suffering from anxiety may be persuaded to get a marijuana card in lieu of counseling or therapy which may be more effective in the long run. But I also worry a lot of people will be claiming they suffer from anxiety, pain or migraines, all of which can be easily faked, just to get a marijuana card."

Overall, though, Sutton is greatly concerned about the legitimacy behind the process that will now be put into place. "I'm a bit more worried about the fact that we've given unscrupulous doctors a constitutional right to sell what could be no more beneficial than snake oil," he said.

Now that this law has been passed, Sutton and his policy director on the Vote No on Amendment 2 campaign will continue to advocate to put certain guidelines on the law. Sutton said, "We'd like the legislature to further define 'other debilitating medical conditions' and require that these other conditions be approved by the DOH, or else some other body of medical experts."

The Florida legislation is still being written. The amendment is expected to go into effect early in January of next year. Meanwhile, de la Cruz waits eagerly for her prescription from her doctor. 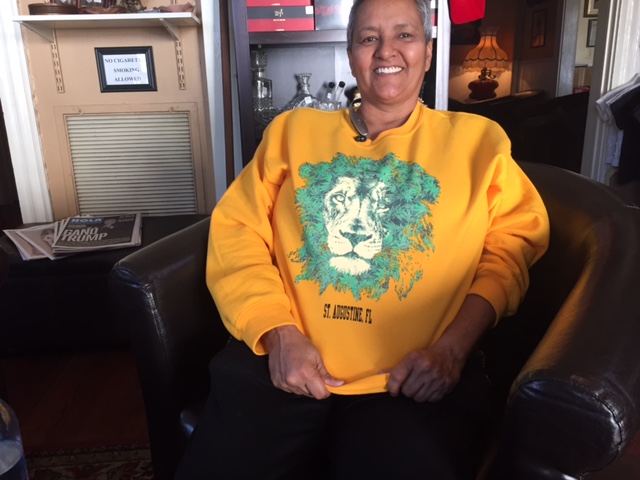 Medical Pot Activist May Sue Over Bust at airport

Medical Pot Activist May Sue Over Bust at airport

Medical Pot Activist May Sue Over Bust at Airport