Another potential marijuana grower hoping to cash in on Florida's "green rush" is suing the state, this time accusing health officials of unconstitutionally dragging their feet by failing to grant new pot licenses.

The plaintiffs in the latest challenge include Bill's Nursery, Inc., a Miami-Dade County grower that lost out when the Department of Health handed out an initial round of medical marijuana licenses two years ago. Michael Bowen, an epilepsy patient who had a seizure during a Senate committee meeting this year and who uses marijuana to treat his illness, is also a party to the lawsuit.

The challenge is focused on a state law, passed during a special legislative session in June, intended to carry out a voter-approved constitutional amendment that broadly legalized medical marijuana in Florida.

The law ordered health officials to award 10 new medical marijuana licenses. Under the law, health officials were required to issue licenses to applicants who had legal challenges pending as of January or who had scored within one point of the highest-ranked applicants in five regions. The Department of Health granted six such licenses after the law went into effect.

The law also opened up the application process and required the health department to grant additional licenses. One of those licenses must go to a grower who had been part of settled lawsuits, known as the "Pigford" cases, about discrimination against black farmers by the federal government. The department must also give preference for up to two licenses to citrus-industry operations. The licenses were supposed to be authorized by Oct. 3.

But the state isn't moving forward with the second round of licenses because of a lawsuit challenging the provision about the black farmers, according to testimony from Office of Medical Marijuana Use Director Christian Bax at a Senate committee meeting last month --- testimony that lawyers used in Tuesday's filing.

The failure to issue the licenses and open the application process "violates the constitutional and statutory rights of Florida citizens and businesses" and "directly affects the ability of patients to treat their ailments," the lawyers wrote in the lawsuit filed in Leon County circuit court.

Bax told the Senate Health Policy Committee that he couldn't begin accepting applications for new pot licenses until he knew whether a judge would grant an injunction requested in the black-farmer lawsuit, saying doing so "creates both a logistical and legal problem."

The lawsuit said Bax was "obligated to issue four more" licenses by Oct. 3, as mandated by the Legislature.

"But it has not done so. More egregiously, the DOH has no intention of complying with this mandate in the near future," lawyers Devin Freedman and Kristina Infante, of the Boies Schiller Flexner law firm, wrote in the 15-page complaint Tuesday.

The plaintiffs' lawyers rejected Bax's rationale for not pursuing the licenses.

"The DOH's purported justification for this flagrant violation, that there may be some increased cost if an injunction is granted at a later date, or that it may be placed in the position of being unable to comply with another statute if the court enters an injunction, is ridiculous," they wrote.

But Department of Health spokeswoman Mara Gambineri said the agency is "committed to moving this process forward, and will do so in an expedient and thoughtful manner."

"The department is working diligently every day to implement the many requirements in Amendment 2 and those set by the Florida Legislature in Senate Bill 8A (the bill passed during the special session) and are dedicated to ensuring patients have safe access to low-THC cannabis and medical marijuana," Gambineri said in an email.

But the failure to issue the new medical marijuana treatment center, or MMTC, licenses is hurting businesses and patients, lawyers for the plaintiffs argued.

The delay is "harming competition in the marketplace by delaying the entrance of new businesses, like plaintiff Bill's, into the market and thereby strengthening the monopoly hold" that current medical marijuana treatment centers have,Ã‚ they wrote.

The lawsuit asks a judge to order the health department to reopen the application process and "issue at least four more MMTC licenses forthwith."

Tuesday's lawsuit is the latest in a series of challenges, in addition to the one focused on the black-farmer license. Another lawsuit challenges the state's ban on smokable marijuana products. A third is centered on the provision regarding the citrus industry. And another is questioning a ban on "home grows." 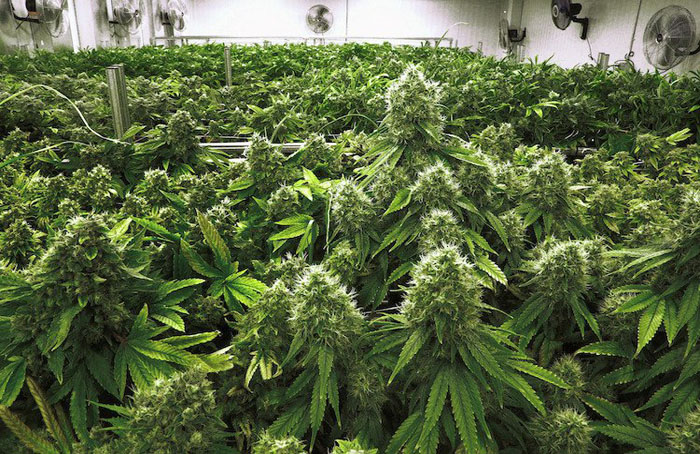