FLINT TOWNSHIP, Michigan -- After defeating a motion to postpone a vote on a medical marijuana ordinance, the Flint Township Board of Trustees approved the measure Monday.

A vote on the ordinance was postponed at the board's Aug. 1 meeting, after several people raised concerns during public comment.

Nick Pannesidi, owner of the Michigan Wellness Center, 3095 South Dye Road, spoke at the Aug. 1 meeting and also at Monday's meeting. He said he was concerned about a part of the ordinance which reads: "The Michigan Medical Marijuana Act does not authorize marijuana stores, dispensaries, compassion centers or any medical marijuana business that may market to a wide customer base."

Pannesidi's business does not dispense marijuana, but rather provides information about medical marijuana and helps people apply for their prescription card.

"It's very clear in this wording that any medical marijuana business that markets to a wide customer based is prohibited," he said during public comment. "Let's extend (the moratorium) one more time ... I don't see the harm in extending it one more time and getting it right."

Trustee Barb Vert motioned to postpone the vote but it was defeated 5-2, with Vert and Trustee Belenda Parker voting to hold off on the taking action on the ordinance.

"I think this is a real shame that this is very, very unclear," she said.

Parker said she would like to wait because she felt there still was confusion about the ordinance.

However, Trustee Frank Kasle said the issued had been delayed enough.

"As far as I'm concerned, this issue has been discussed over and over again," he said. "It's been represented what we're doing here -- we're zoning businesses to operate pursuant to the state statute."

The ordinance would prohibit medical marijuana businesses from being closer than 1,500 feet to schools, churches, public park, child care facilities, a residential district or an area with an existing regulated use.

The ordinance was approved 5-2, with Vert and Parker voting against. 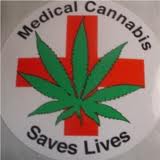