A Florida company plans to build what it believes will be the biggest medical marijuana factory in the country, hoping the economy of scale will lower the cost of the drug which is not covered by insurance. GrowHealthy LLC will operate out of a renovated 185,000-square-foot industrial complex set on 33 acres in Lake Wales, central Florida, said Don Clifford, its chief executive officer. "We expect that our productivity will be dramatically higher than you see in some other states. We think our costs will be lower through the use of automation," Clifford said.

Florida's Governor Rick Scott signed the "Compassionate Medical Cannabis Act" in June, which allows the limited use of a special strain of marijuana to treat epileptic seizures and other diseases. The measure received bipartisan support after impassioned pleas from parents seeking access to the strain known as "Charlotte's Web," named for a Colorado girl whose epileptic seizures were eased by taking the drug. The move came amid a wave of pro-pot activism in the United States: Colorado and Washington this year became the first two states to permit recreational sales of marijuana to adults, and voters in Oregon, Alaska and the District of Columbia will decide on similar ballot initiatives in the fall.

A holder of a doctor-prescribed "red card" in Colorado can buy an ounce of medical marijuana for around $200, depending on the strain. Clifford's partner at GrowHealthy, Craig Roberts, said the large-scale production they are planning in Florida could end up halving the prices charged. "It will be good for the patients that need it," he said. Voters in the Sunshine State also have shown overwhelming support for a referendum in November that could legalize other forms of medical marijuana.

GrowHealthy says there is big potential for growth, with an estimated 1.25 million Floridians suffering from ailments for which various types of medical marijuana might be prescribed. Clifford said their company has partnered with several plant nurseries in the state which are eligible to apply for a growing license in an upcoming lottery. The Florida law, which anticipates that patients will be able to buy medical marijuana from January, allows the use of the drug for sufferers of epilepsy, cancer and amyotrophic lateral sclerosis (ALS), also known as Lou Gehrig's disease.

Clifford said GrowHealthy paid $2.1 million for the Lake Wales property, a former mattress factory, and plans to spend a further $5 million on renovations. He said it has also signed a purchase contract for a larger parcel of land nearby. The company pitches itself as positioned to become one of the United States' largest and most trusted chains of medical marijuana nursery farms, with plans to expand in other states. By the end of October the company expects to have 100,000 square feet ready to grow marijuana in two stacks, for a total of 200,000 square feet of growing space. 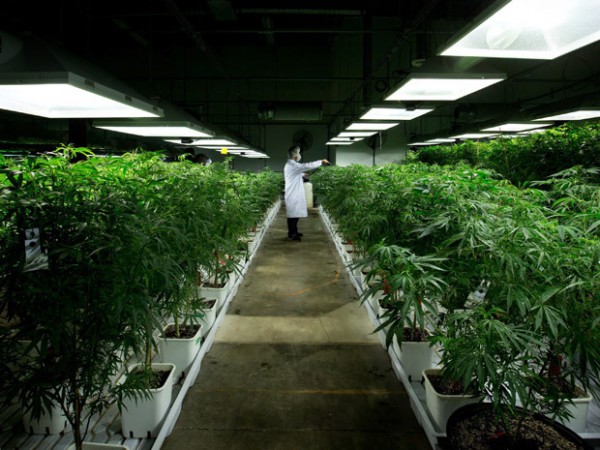