You may have seen some petitions around town over the last few weeks. You may have even signed one. They're part of a big push to legalize medical marijuana in Florida. If that effort pays off, you'll be voting on the issue a year from now. You'll see them wearing these shirts that say United for Care. They're part of a campaign organized by People United for Medical Marijuana. At the Fort Myers Boat Show Friday, they gathered a couple hundred signatures and plan to be back out the rest of the weekend. "We are beating the streets everyday," Larry Reposa said.

It's like any political campaign, complete with shirts, bumper stickers and signs. "I am here with a petition for the constitutional amendment to put on next year's general election ballot - the legalization of medical marijuana," Reposa said, reciting a typical speech to people who walk up. Reposa is the lead volunteer in Fort Myers for United for Care. He personally has no interest in medical marijuana. But he's doing it for his wife. "I have three herniated discs in my back and so I am very limited," LuAnn Clark-Reposa said. "It would be a glorious day, not just for me. There are people who suffer much much more than I do."

It hasn't been easy. "We've been kicked out of JetBlue Park, we've been kicked out of
Hammond Stadium, we've been kicked out of the Edison Mall," Larry Reposa said. "You use the word marijuana and it's over with. They don't want to hear it." Statewide, more than 683,000 signatures are needed from registered voters to put the issue on the 2014 ballot. But, Florida Attorney General Pam Bondi has a problem with the petition. She says it leads voters to believe there is no conflict with federal law and that it is already legal. Last month, she asked the State Supreme Court to reject this proposal.

"Some are for it, some are not. We respect both," Larry Reposa said. "We try to tell people if you are really against it, let's get it on the ballot. Then, you will have your chance to say no." On December 5th, the State Supreme Court will rule on the proposed amendment which will determine if Floridians can even vote on the issue. If that State Supreme Court says it's okay, the signatures are needed by February 5th. 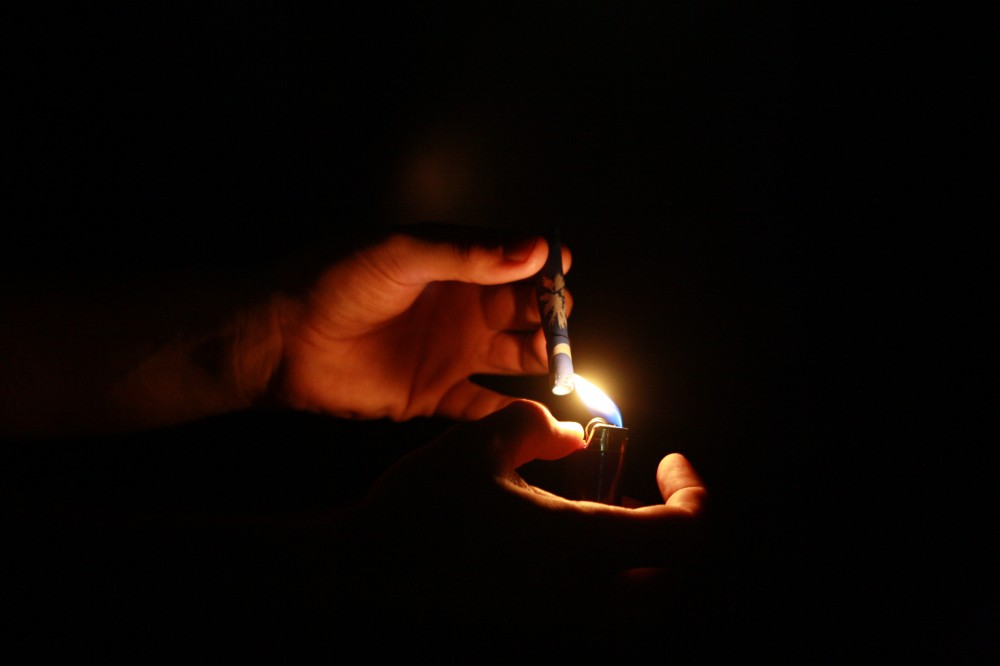 The Supreme Court will hear arguments on December 5th. No date set for when they will actually rule on the petition.

We actually need almost a million signed petitions, to be sure of enough valid signatures. Most petitioning drives end up with about 25% invalid, moved, not registered to vote, name discrepancies, etc..

And I believe we need to have them all cleared thru election offices by Feb 5th, so most need to be in well before Feb 5.

And even if the petition passes, most of it is then thrown to the legislature that will not even schedule hearings about this issue. We could end up with a system as bad as New Jersey, with no dispensaries open for years and no legal way to obtain medicine.

I've been watching the antics of Florida Attorney General Pam Bondi. This lady is on some kind of mission and it is NOT for the good of the state of Florida.
Those people who stand in the way of RE-legalization of cannabis need to be removed from office.
It's up to those of you who can still vote. I lost that right with a cannabis conviction.
Please don't let it happen to you...Hugh Yonn
S

I signed . I donated. And I will vote. And might donate again if find some money.

Doctors in Hillsborough County better contact Mr Putnam and get #MedMj approved. Liability is going through the roof out west! When did they decide to remove his #hippocampus? Before o after admin of 'Phoenix Tears'? C=>ACLU v Maricopa County Atty Montgomery 102813 #GotTree? #Pls #ReTweet
--
Robert Hempaz, PhD Trichometry
C

It's a shame that people have their lives impacted forever like flyingtoolow has above. The cost to us taxpayers to apprehend, prosecute, and incarcerate is outrageous. The impact it causes on people and their families is unconscionable. But it seems that politicians all seem to have a questionable conscience if any at all these days. Having to settle for medical use legalization is saddening. The recreational use legalization is what should be the goal. But if it is all we can get, then the at the least, suffering people should be given the relief they deserve.
S

Drs. pried .tested, examined. x rayed ,cat scaned and MRI's for a year and said incurable. Pain never stops just lessens with Cannabis. Why do I have to get Drs. prescription for a plant I grow at home? Over 13 years and best relief is home grown. But the Drs. know best. and the Government rules us to pay Drs. They should give it to me not take it away.
You must log in or register to reply here.
Share:
Facebook Twitter Reddit Pinterest Tumblr WhatsApp Email Link
Top Bottom