Florida Regulators Looking At How To Accommodate Medical Marijuana

With Florida voters a little more than three months away from deciding whether to back a medical marijuana initiative, state regulators are grappling with setting rules that may shape how the state handles the historic shift. At immediate issue are rules that will implement a law allowing a non-intoxicating form of marijuana, with one strain known as " Charlotte 's Web," to be given to patients beginning on Jan. 1. But Nov. 4, voters will decide also whether to back a broader medical marijuana constitutional amendment.

"The elephant in the room is Amendment 2," said Jeff Sharkey, a veteran lobbyist and executive director of the newly formed Medical Marijuana Business Association of Florida. "One of the big questions out there is what happens if and when. It looks like more when than if." Sharkey said if voters back the amendment – polls currently show overwhelming support – the question becomes how the Department of Health would restructure the initial regulatory system for distributing medical marijuana to "meet the needs of an expanded patient base."

The preliminary regulations, which are aimed at a type of marijuana low in euphoria-inducing tetrahydrocannabinol but high in cannabadiol, already have drawn intense debate and lobbying as various growers and other entities position themselves in what eventually could be a huge and lucrative market in the nation's fourth-largest state. Gaetz said he is pleased with the ongoing implementation of the new law under Gov. Rick Scott's administration.

"We will have medical cannabis in Florida . I believe the Department of Health will meet the Jan. 1 deadline," he said. "What's most important is that we have very vulnerable patients who now see a light at the end of the tunnel." The initial rules, which drew several hundred growers, lawyers and lobbyists to Friday's workshop, remain contentious. The rules would designate five grower-distributors around the state to dispense the medical marijuana. The five distributors would be picked by a lottery system from a potential group of more than 50 Florida nurseries that state agricultural officials have identified.

Jennifer Tschetter, the DOH's general counsel, said the state agency has revised the rules, based on comments from a prior hearing, to raise qualifications for the grower-dispensers, allow for the statewide distribution of the drugs by any dispenser and allow nurseries to form partnerships with other groups. "The department has tried to find a compromise," she said. "Our goal is to get this product to patients as soon as possible." Gaetz praised the revised rules, including a statewide distribution system, which he said will encourage competition and control prices, and the increased criteria for qualifying for the lottery, including the development of plans outlining how the plants will be cultivated and requirements such as a security plan and a quality assurance system. "It won't be a circumstance where someone whose only marijuana experience is growing it in their fraternity house will be able to participate in the lottery," Gaetz said.

Growers lottery
However, the lottery remains controversial, with some groups urging the department to drop it and award the licenses based on a detailed evaluation of the grower-distributor's qualifications. Stephen Turner, a lawyer representing Costa Farms, said the new law does not specifically authorize a lottery system similar to one the state uses to distribute new liquor licenses based on population growth. "The lottery selection is wrong," Turner said, "and most assuredly will result in an extended rules challenge proceeding by qualified and quality applicants. Best-qualified applicants should be the standard – not the luckiest."

Several parents of children who could benefit from the medical cannabis testified in favor of the revised rules. Holly Mosley, whose 11- year-old daughter may use the drug, praised the revision that would allow any of the grower-distributors to provide a 30-day supply of their products anywhere in the state. She said a statewide distribution system would provide "access and patient choice." She said she and her husband like the idea of their daughter having access to a Charlotte Web's version, which originated in Colorado.

"We believe in the efficiency and safety that strain has to provide," she said. Seth Hyman, whose 8-year-old daughter has suffered from hundreds of daily seizures, urged state regulators to focus on providing high-quality, effective pro-ducts. "We want this to happen as quickly as possible, but at the same time, we believe Florida needs to get it right," Hyman said. Gaetz said he does not want to see potential legal challenges of the new rules delaying the ability of patients to access the drugs. "I hope that no one is so sinister that they would litigate their own business interests above the needs of dying children," he said. "But only time will tell." 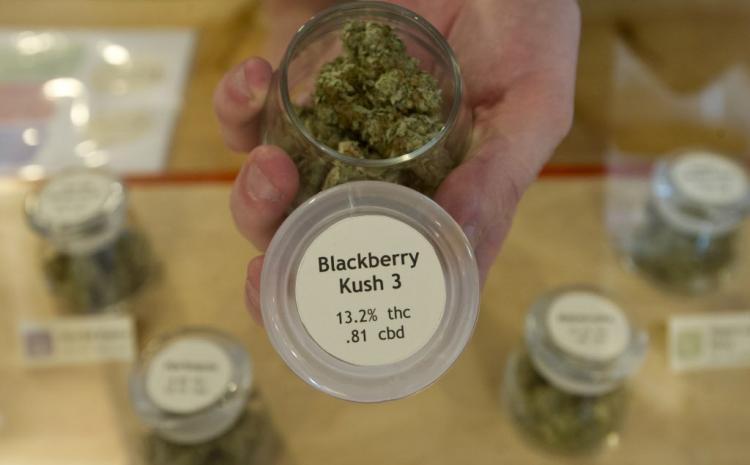 I'm afraid the situation is not as rosy as it seems. Big business is running the show on Amendment 2 in Florida. The lucky few that will be licensed to open a dispensary will have spent nearly a half million dollars required to secure the growing, processing and distribution facilities not counting the $5 MILLION performance bond that is also required by the state. This will force all dispensaries to justify high prices, estimated to be $350 - $400 per ounce simply so they can support the massive infrastructures that the state demands. United For Care is leading the charge and they have not included any provisions which which would allow individuals who are in need of medical marijuana, to grow their own at a fraction of the cost.

They gloss over the topic in all their literature. Read the bottom of their handout. 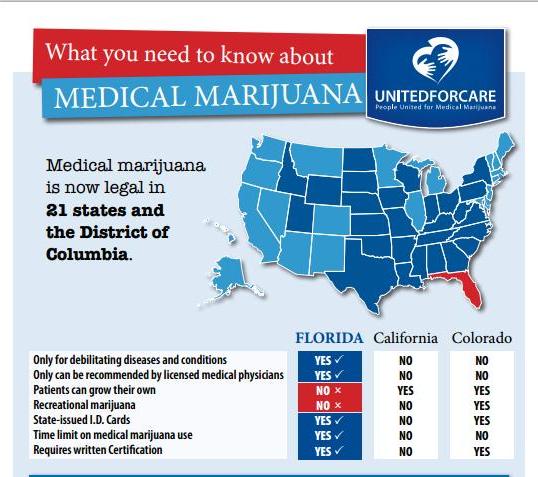 Please, 420magazine, help us, Floridian individuals who stand to benefit from the plant medically, bring attention to this issue and start a petition drive that would add the right to grow medical marijuana for personal use to Article X Section 29 in Florida.
Last edited by a moderator: Aug 11, 2014
7

We are going to amend the bill once its put into law. I know it might not be the best, but we are getting there. We as a people will fix that and get personal grows soon. Once the old people start complaining that their meds are too expensive to buy in a dispensary they will be taking old folks to jail because they are growing their own. Watch. We are gonna get it right. I hope so.

Here also is a bit of information about a few of the players that make up the opposition to Amendment 2: The Cynical and Weird Hypocrisy of Florida's Marijuana Opponents | VICE United States

T
Florida Regulators Looking At How To Accommodate Medical Marijuana