This is my first grow and i've been on and off asking for help for which Ive gotten great advice. I call upon you all again as Im battling a group of problems, most likely.

Month 2 of flowering for my crown royale and black indica has ended going into month 3. It's taking a while, its been a battle with mites (still battling with organic mainly and now considering using "Acetamiprid 20% SP chemical as a last resort. I have not been regular with my organic treatments which is one thing I am contemplating still, oh yes and tobacco juice and red peper wax treatments as well.)

The bud density on both ladies are far less than the pics shown independently from cropkingseeds: 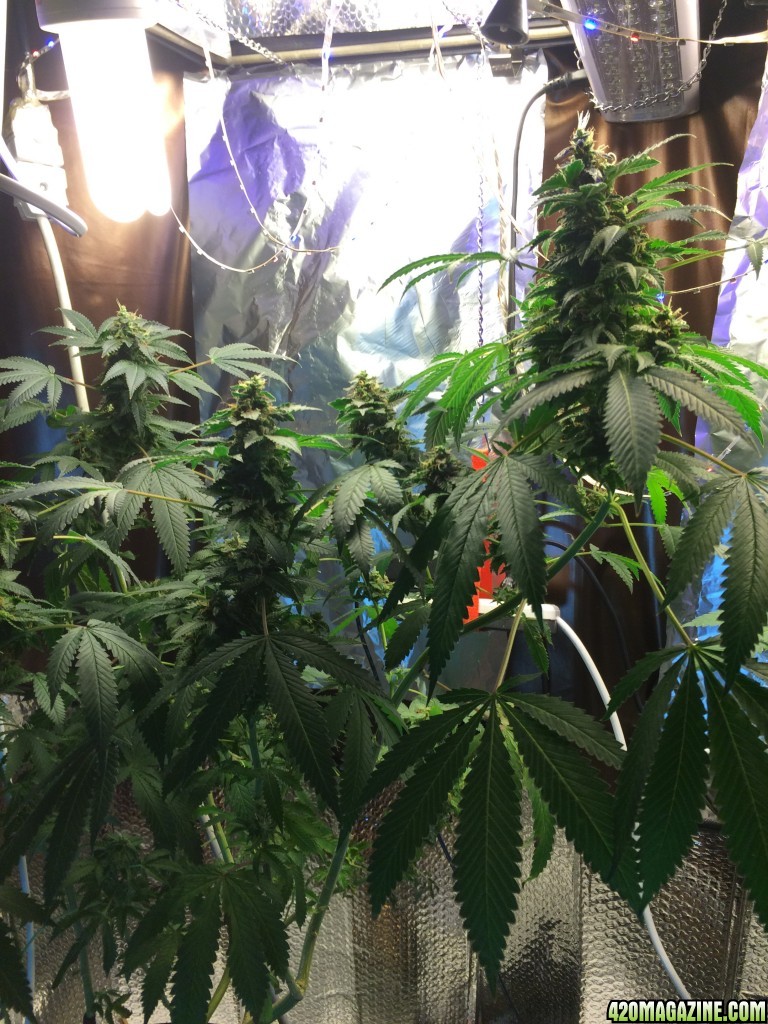 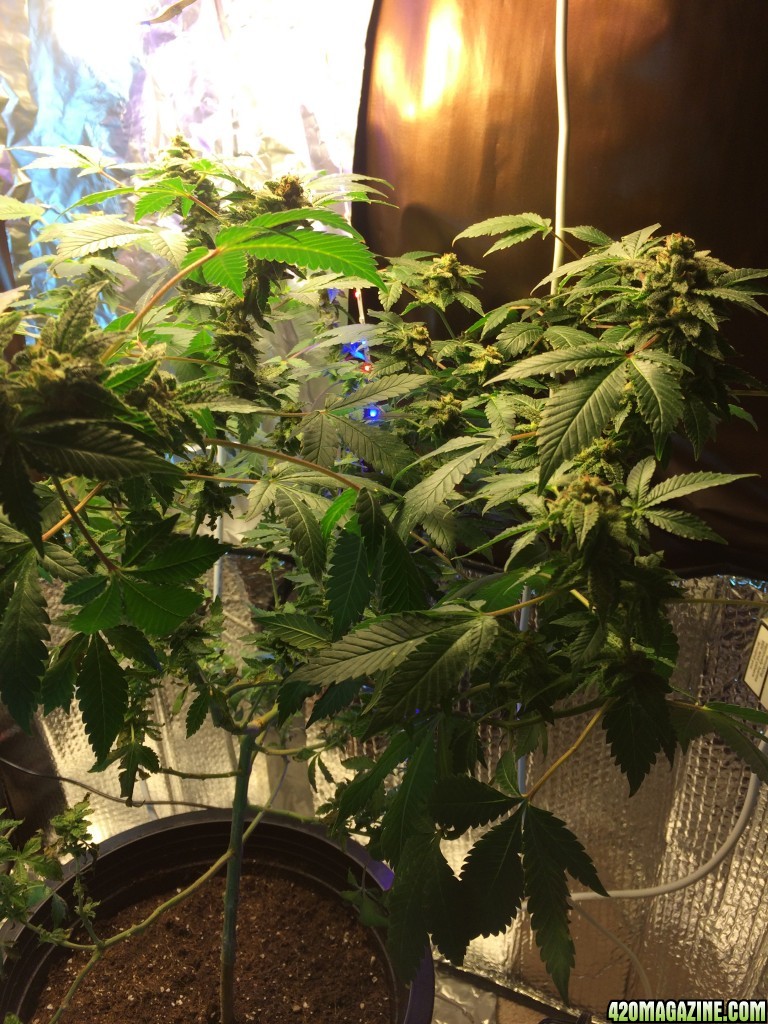 I've had some Minor problems along the way, nothing I couldn't take care of, but lately I've noticed yellowing of tips at the top part of black indica with leaves curling downwards. The lowest branches aren't as full of life and I probably should have cut them off before going into flowering to redirect all energy to the main tops. This plant was first FIMMed and later topped at some points in veg. 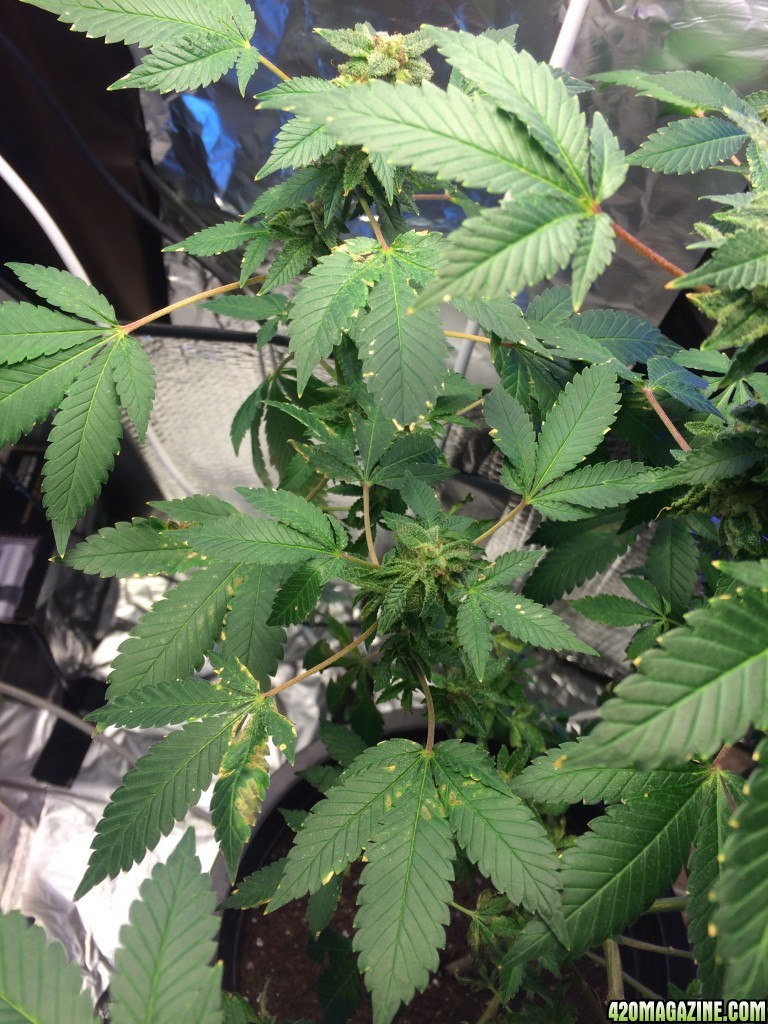 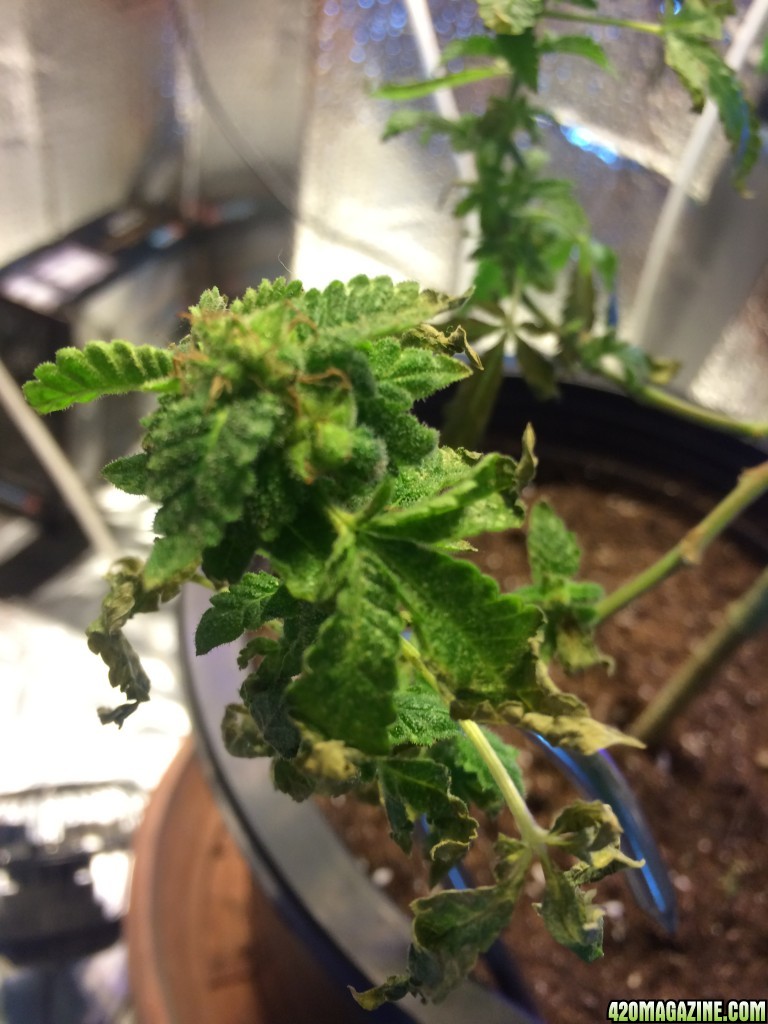 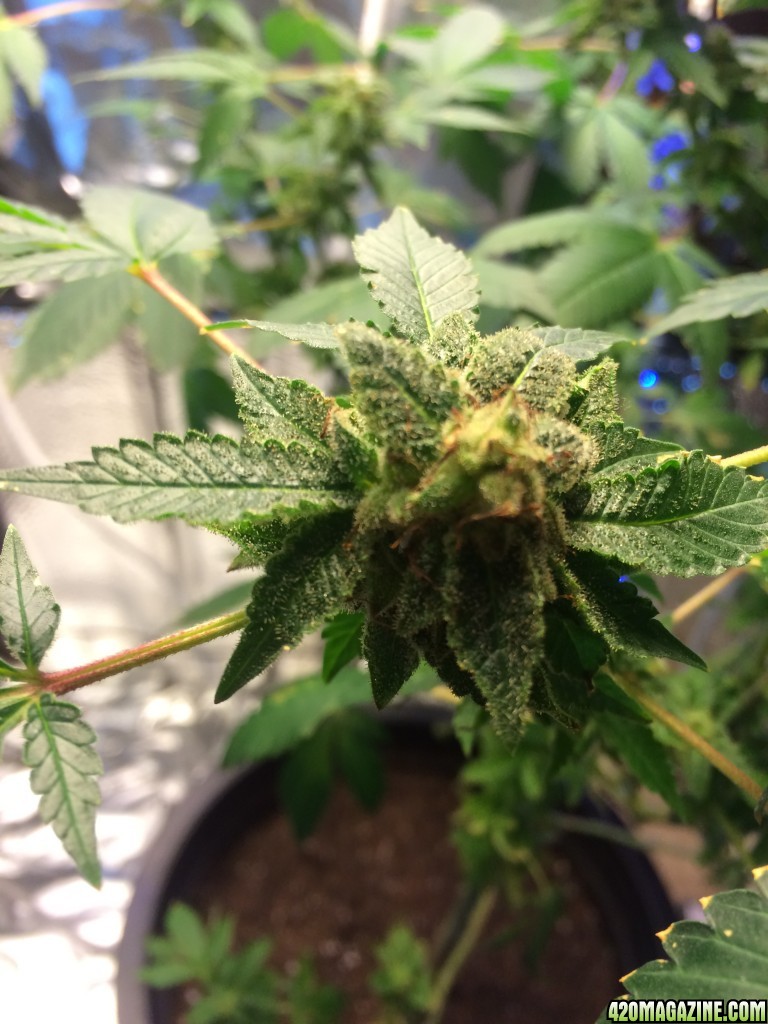 The crown royales leaf edges are turning dark brown, not yellow like the black indica so I'm guessing both have independent issues, but both are suffering spider mite issues that ive kept under control, and a recent fungus gnat infestation, thats also resolved. But have these 2 held back my ladies potential for bud density and growth? Im not sure. 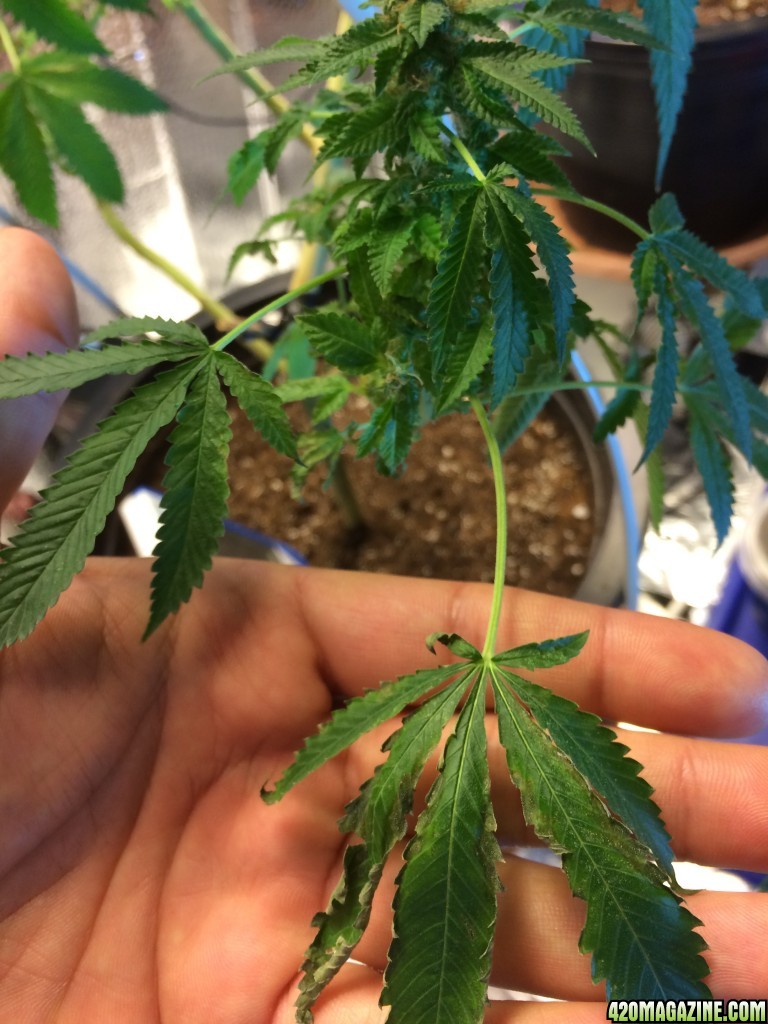 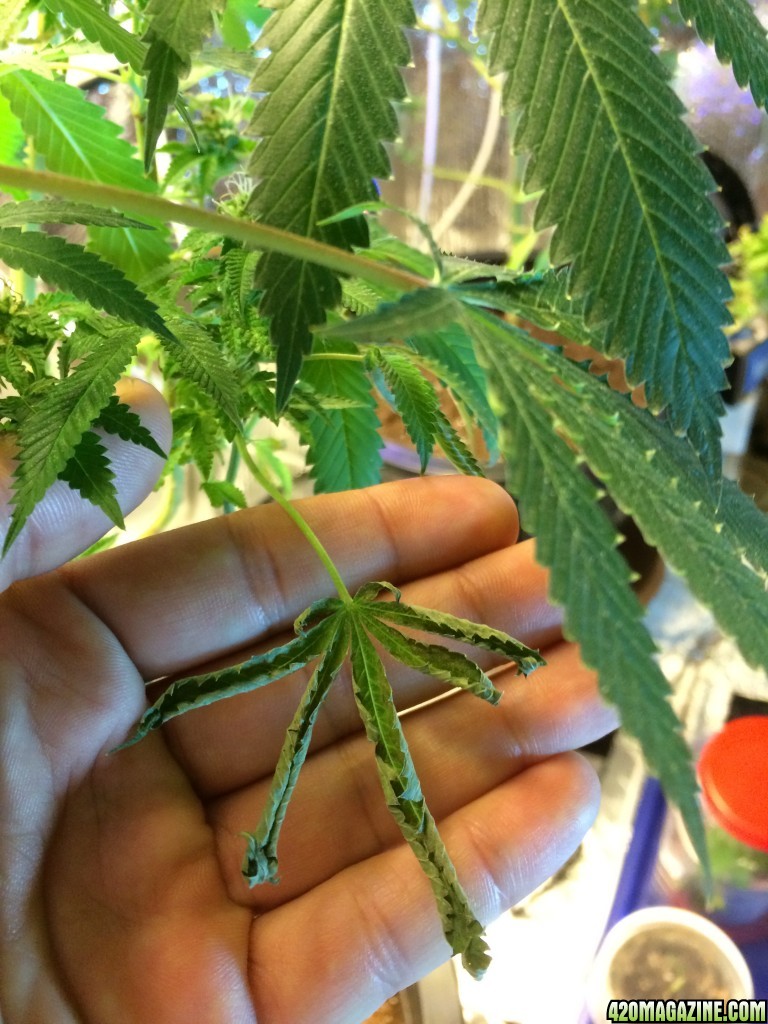 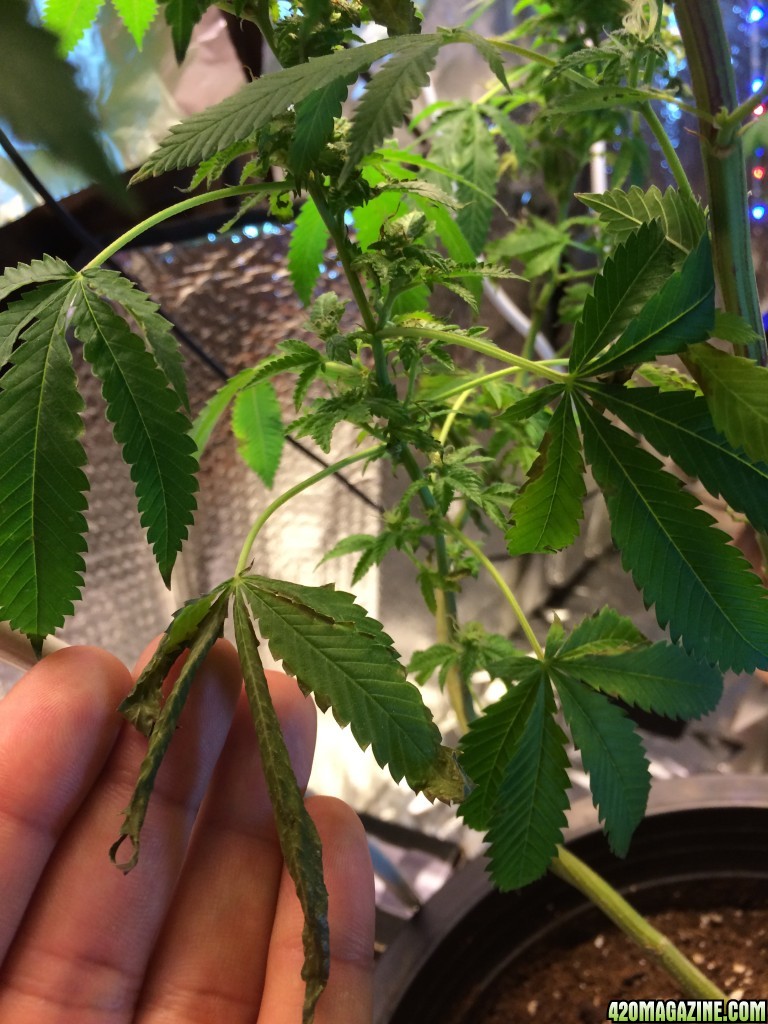 I'm using a home mix soil: peat moss, soiless medium, dry cow manure, (lately using NPK 5-15-45 every second watering). I've got a CFL setup with 2 85W warm light (total output approx 900W) and 2 smaller ones at 20W each. They are 3-6 inches from the main tops of each plant) so I don't think this is a light burn issue since the edges are only turning yellow. Everything else seems ok.

I had a serious gnat issue about a week ago from wet topsoil. I couldn't find perlite in my region so had to do with whatever I could find locally in Asia region. I cloned the black indica and its in month 3 now and it's MUCH healthier in leaf size, color, density than its mother plant in flowering. The clone is in a 5 gal, the. Other has remained in a 3 gal, but her growth is just sluggish. The gnat problem I resolved with hydrogen peroxide. The crown royal strain sitting next to the black indica had the original burst of gnats that made my soil smell like rotten eggs. That's cleared and I know it was because of dense soil that I can't aerate now but have done so with perlite with clone.

I've had a spider mite issue I have been fighting the mothers (both crown and indica were germinated together on sept 19th), but saw really took notice and action a week into flowering, wasnt so apparent before that and so I've been at this for a while since Jan 23rd, a week after I went into flowering.

I fight the spider mites daily with 70% isopropyl pads that hospitals use to wipe your skin before receiving injections. Quite effective, but not enough for those eggs that are hidden right up close to the veins and hard to see and wipe off completely. 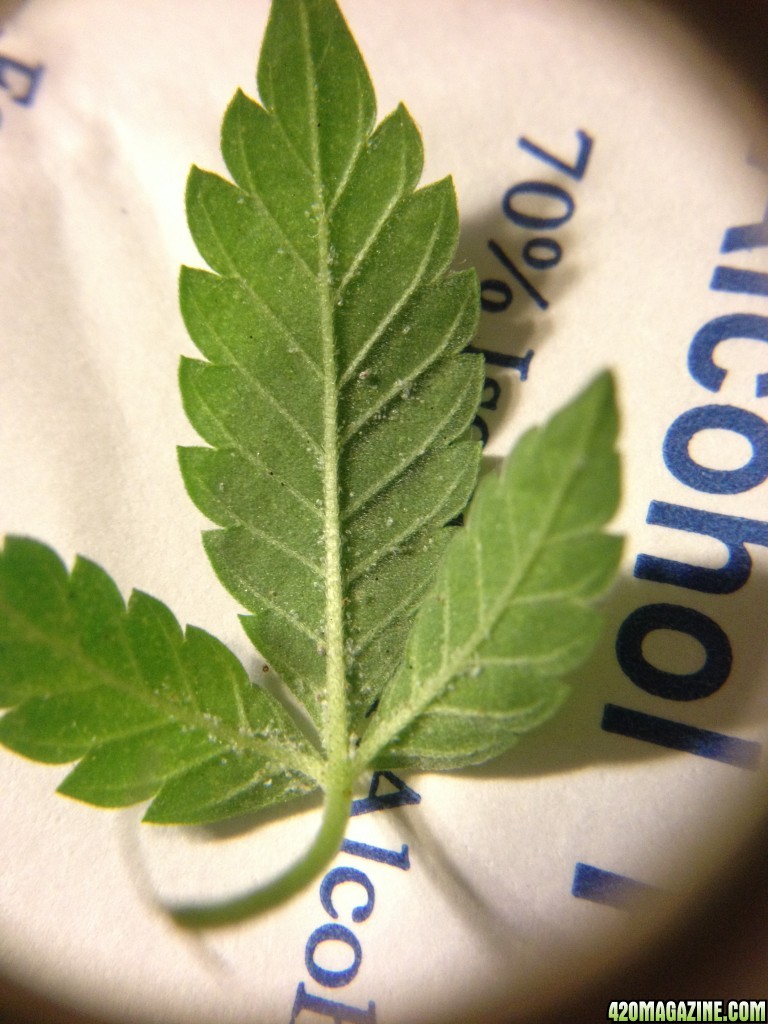 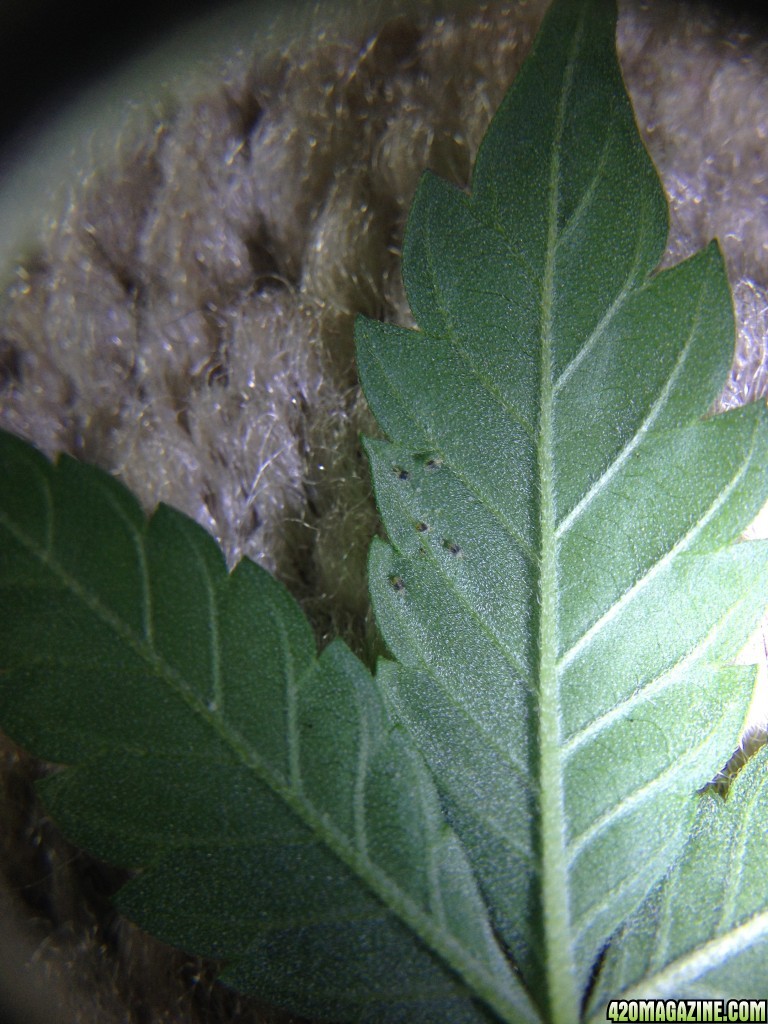 I've also done organic methods using garlic, cinnamon boiled in water, lemon drops, baking soda and apple cider vinegar concoctions I found some people posting around the community. My mix may have been strong for my strains as initially it burnt my leaves even after diluting the mix. I've done a similar concoction with been oil and clove oil with a drop of dish soap to kill the mites as best as I could. Also sprayed and douched my plants to rid of small webs near lower parts of plant where it's shaded out of frustration. That helped, but didnt kill off everything. I kept my soil covered at all times using organic sprays except the water douching.

I've done a lot for these ladies but now I'm not sure whether the stunted growth and leaf discoloration is due to a ph problem (I used dolomite line in my initial soil mix) keeping a ph of about 6.4-6.9. Perhaps the gnats did some damage to my root system near the top soil area? THere were a LOT of gnats for at least 3 days before I got to the bottom of it using H2O2, Or am I not giving enough flowering feed of NPK 5-15-45?

If I've left something out please advise me and ask me either way as this is my first post here. I'd be happy to oblige with any further details regarding my grow, setup, soil, problems to date, but I'm not sure after 4 months of veg and 2 months flowering that the density of the buds and trichromes are up to par with the listed potential of this strain. Trichs are doing well on black indica as compared to the crown royale.

D
Leaf discoloration - What deficiency is this?