We are wk 8 of flower ..strain is grape ape grown in hydro.. tricomes are milky and some amber.. hairs are turbing but not sure if i should hold off on flushing.. people say i dont need to flush...help please 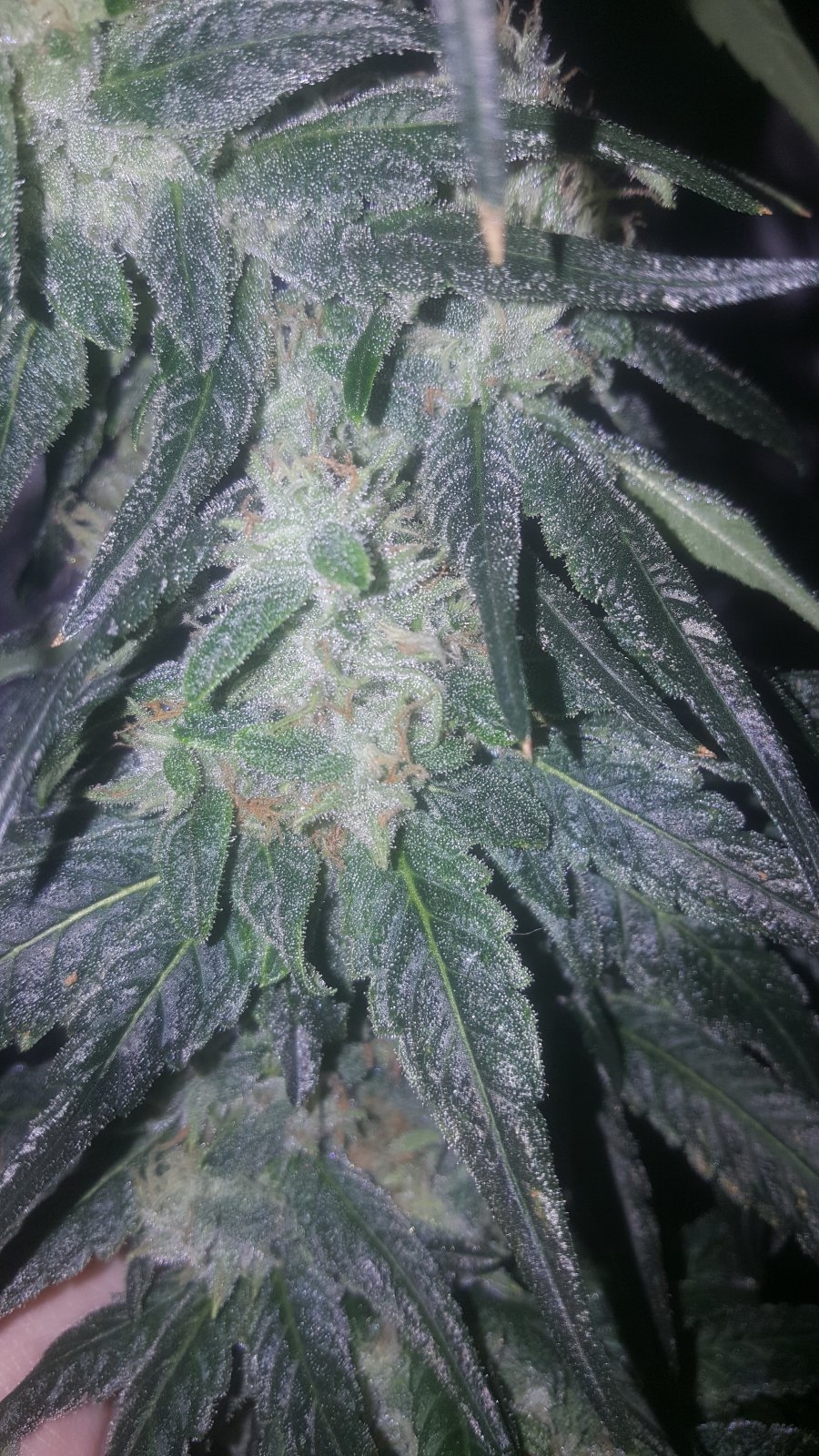 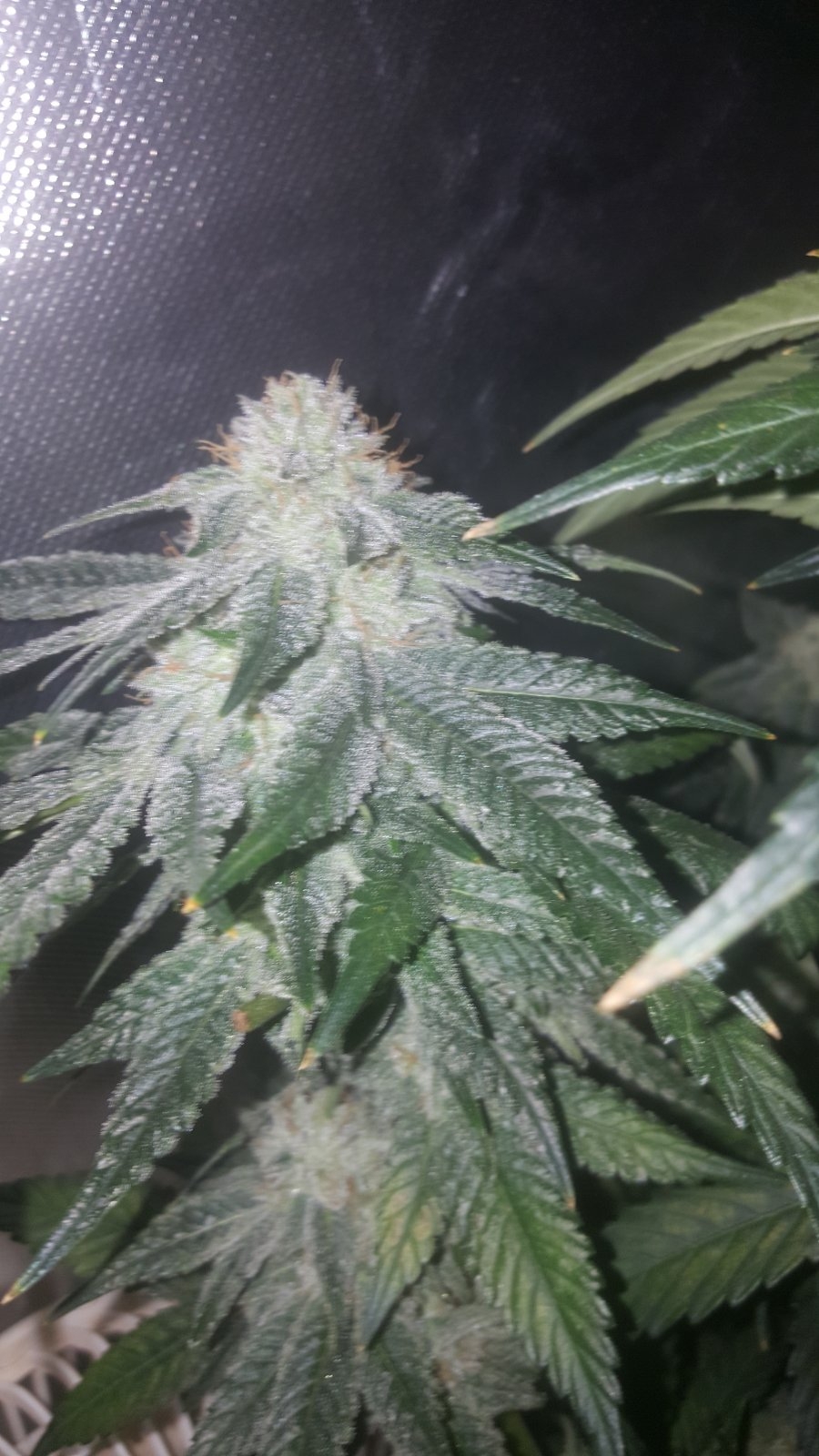 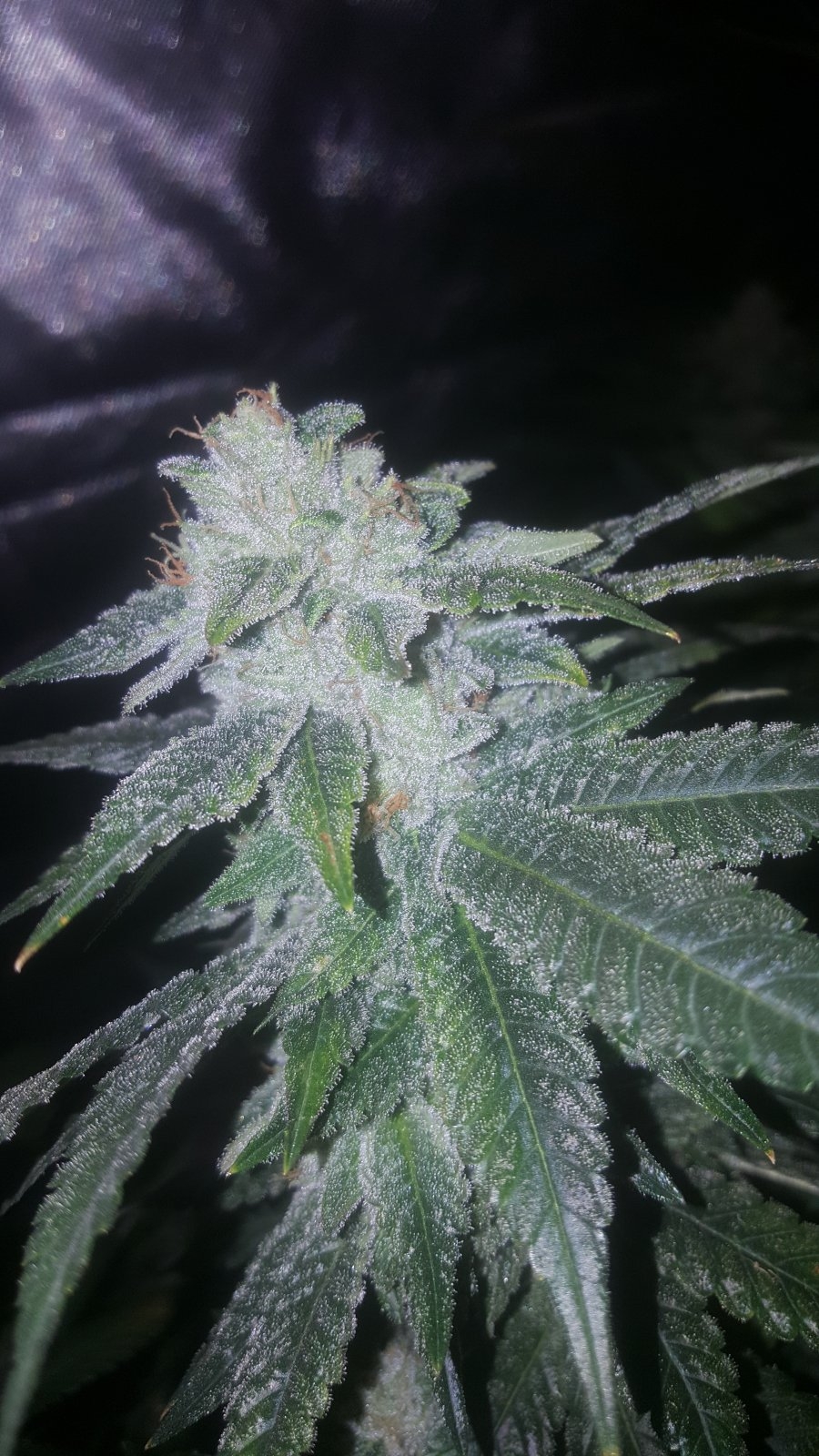 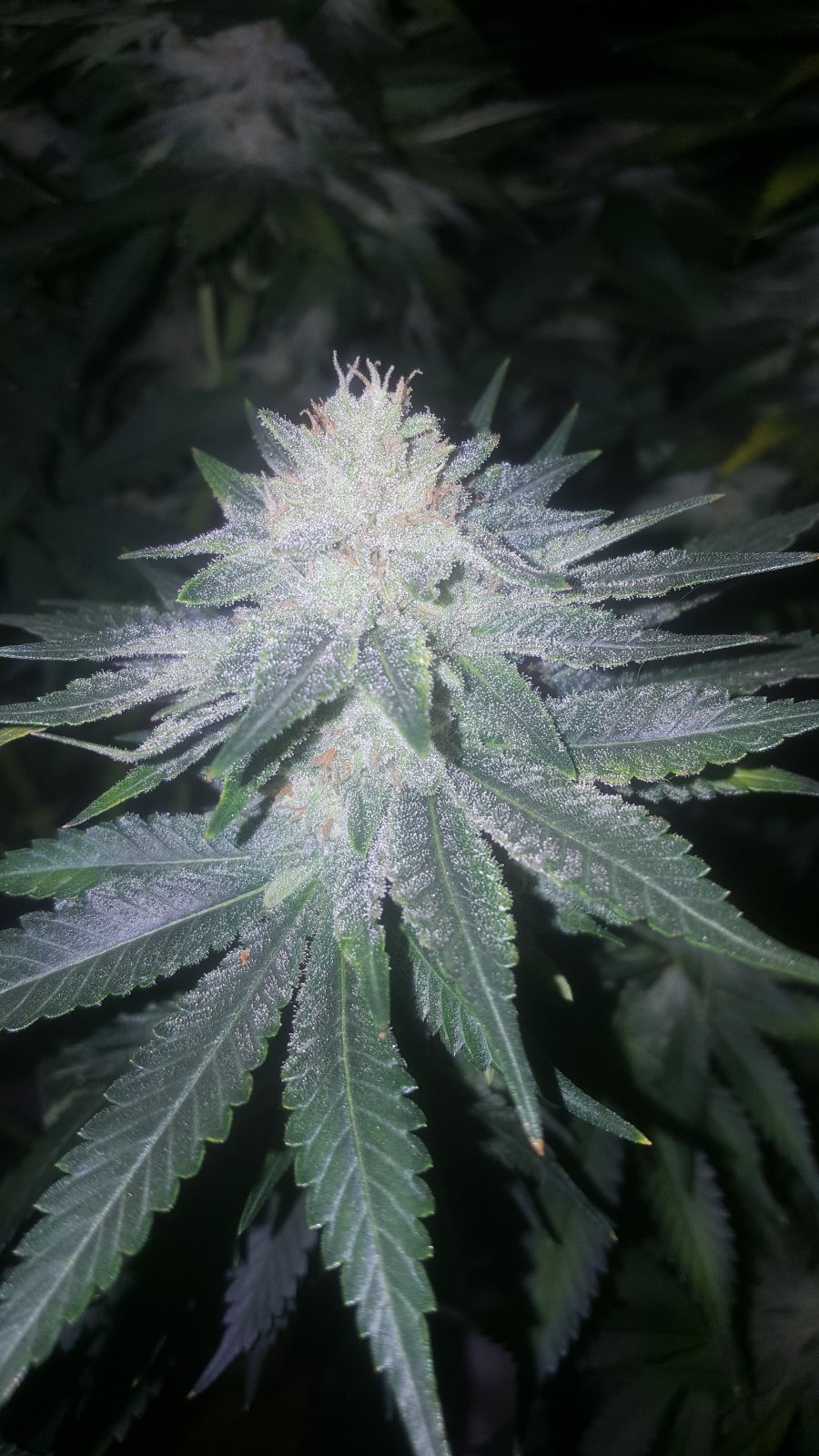 Depends what you are trying to achieve.

Your plants look like they’ve been fed quite heavily so it wouldn’t hurt them to go with less food for a while.

Flushing runs a bunch of water through the pot and washes (some ) nutrients out of the mix.

That’s pretty much the extent of what it can do.

After that the plant has little or no nutrients in the container, so it has to rely mainly on what it has stored in it leaves. Sometimes this is a good thing, since plants seem to do a pretty good job of balancing their needs when they do that. So sometimes a plant deprived of feedings towards the end turns out very nicely.

In hydroponic style grows (generally meaning anyone using soluble, usually bottled, nutrients) flushing can wash out excess (unused/unwanted) nutrients that have collected and built up in the medium over time, and can give you a fresh starting point.

Flushing does not wash, or cause anything to be washed, directly out of the plant. It won’t directly make bud smoke smoother. Though indirectly maybe it could, if it causes a plant to finish better than otherwise, because it’s needs are better met. Or- if not ‘smoother’ - at least ‘stickier, riper, and better’

In the last year or two flushing became a bit of a hot topic with some folks and it’s one of those areas you can usually find (if you want to?

) a few people arguing, proclaiming, preaching, yelling, stabbing, shrieking and maiming each other ....


Sometimes the arguments come from different premises, like - ‘oranges are better than apples because apples aren’t orange and therefore are crappier than oranges!’

A- ‘ Well actually I just like apples better is that OK?‘

Or the currently trending ‘Depriving your plants of nutrients at the end of flowering won’t make your smoke smoother and is starving them at the time they need it the most!’

A - ‘ Well actually ‘smoother smoke’ is not at the reason why I slowed feeding, and at 10-14 weeks flowering my plants have stopped feeding on their own already- so why would I keep dumping a bunch of fertilizer in the pot?‘


Some people like to claim that slowing nutrients at the end is ‘starving them at the time they need it most’. Well- that completely depends when you harvest, doesn’t it? I like to harvest a bit late, once my plants have finished flowering and at that time they are not hungry anymore and barely want feeding.

But some people like to harvest very much earlier than me. So in those cases it probably makes sense to just feed to the max, right through.

Different situations require more than a single viewpoint to be able to process....

I wouldn’t harvest a plant nearly as early as yours is now. But I’m probably in the minority.

In your case I would just diminish feedings over the next week or two and then harvest. You could flush first- then taper nutrients. Or just taper down. But that just my opinion and my usual MO.

Here are a couple links ( I think) to threads about flushing. I haven’t read through them but in there I
expect you can find most of the delightful social activities mentioned above.

A critical look at preharvest flushing

InTheShed Grows Inside & Out: Jump In Any Time

Edit. So there ya go. Did you want the long answer or the short answer...?

They are pretty much down to no nutes now.. i feed with flora series and are minimal for last 2wks.. thank you
R

frojobagginz said:
They are pretty much down to no nutes now.. i feed with flora series and are minimal for last 2wks.. thank you
Click to expand...

I never flush, I feed up to harvest, there has been many studies done on flushing and
have shown flushing is harmful to the final buds and does nothing to remove any chemicals
in significant amounts... I could be wrong but to me it looks like she needs about at least 3
more weeks of flower, I usually run my grape ape a full 12 weeks
in flower from the time I see the first true bud... It all depends on the Terpenes and the high
your looking for. Good luck

frojobagginz said:
We are wk 8 of flower ..strain is grape ape grown in hydro.. tricomes are milky and some amber.. hairs are turbing but not sure if i should hold off on flushing.. people say i dont need to flush...help please

Feeding a milder nutrient right till you turn lights out for 24 hours before chop is a very popular method.
If you peak at a couple journals from more well known growers you can get all the info there.
But short ANSWER NO.

Fire Safety: How do you prevent a disaster?

How long for tricomes to color