Houston – Marijuana is currently on the list of substances banned by the NFL but several former players are hoping to change that.

A cannabis convention was held Wednesday night at the Revention Music Center in Houston ahead of Super Bowl LI and Jim McMahon, former NFL quarterback and two-time Super Bowl champion, was among those in attendance.

"Marijuana is not a drug," said McMahon. "It's a medicinal herb. Drugs happen only when man puts their hands on it."

McMahon, who has been open with his struggles with opiate addiction, and other former players shared their stories of how marijuana saved their lives.

"I went through a real bad depression and laid down on the railroad tracks and tried to commit suicide myself so it was just by the grace of God that I found God and found cannabis as well," said Boo Williams, former NFL tight end.

"[I had] constant thoughts of suicide and depression and rage and all these things that were neurologically disrupting my life and I can't say enough about making that transition," former NLF offensive lineman Kyle Turley said.

He continued, "I don't take an aspirin to this day, an Aleve, an Advil, nothing. I have a strict cannabis regimen that I use."

McMahon's mission is to remove the stigma related to cannabis and promote its benefits, not only for current and former NFL players, but for the general public.

"It's proven to help millions of people. There are no side effects other than you may get a little hungry," he said, "[but] it's never killed anybody."

Event organizer Rory Mendoza said he felt Super Bowl week in Houston, with the nation's spotlight shining on the city, was the perfect time to spread his message of what cannabis can do for current and former athletes alike. 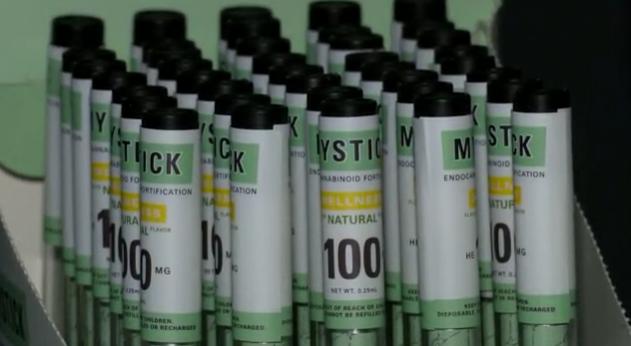 A Healing Drug: Former NFL Players Advocate The Use Of Cannabis