Canada - Winnipeg's first cannabis lounge touts itself as a safe place to light up and connect with other medical marijuana users for support. Vapes on Main, in the 1400-block of Main Street, has been open for about two weeks to anyone 18 or older who uses medicinal marijuana. Owner Bill Vandergraaf, a retired Winnipeg police officer, said he hopes the club will create more awareness about medicinal marijuana use.

He said he got the idea after seeing similar clubs open in Vancouver and Toronto. "I thought it was time for Winnipeg. I think it's much safer to have people using medical marijuana where they can share their experiences, where we can educate the public ... and simply create a peaceful atmosphere," Vandergraaf said. The private club is free to use but they are accepting donations to pay for things like coffee and munchies, he said. No alcohol or other drugs are allowed. Vandergraaf said he doesn't expect to encounter any issues with police because they aren't doing anything illegal. 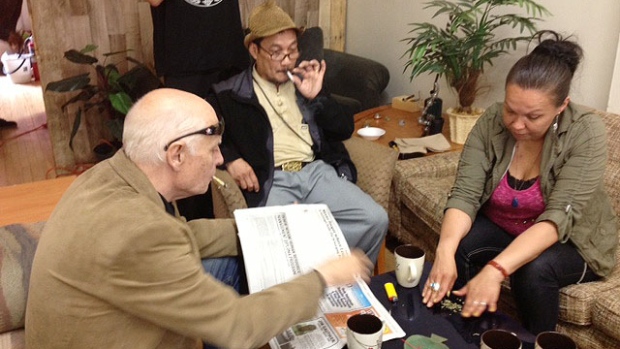