As of Friday, anyone looking to get their hands on recreational pot and marijuana-infused edibles won't even have to venture outside downtown Fort Collins. Organic Alternatives, 346 E. Mountain Ave., will open its doors to retail sales Friday at 10 a.m., making it the first Fort Collins dispensary to venture into the growing market. The day will mark the culmination of years of campaigning for pro-pot regulation and public education efforts by the business's owner, Steve Ackerman.

"We expect it to be popular. We're not just inside the city limits of Fort Collins, but we're in Old Town. We're very central," Ackerman said Tuesday. The City of Fort Collins on Sept. 17, 2013 adopted a temporary ban on retail marijuana establishments within the city. While hundreds of retails shops have sprouted across Colorado since New Year's Day — and only a few within Northern Colorado, primarily Garden City near Greeley — Fort Collins staffers took additional time to fine-tune a regulatory framework and conduct more public outreach.

That temporary ban on marijuana establishments lasted until March 31, 2014. Organic Alternatives jumped at the opportunity, and on Friday, Ackerman received the license from the city. "We've been preparing for this for a while," he said, adding that he and his staff were still working to determine where final prices for cannabis and related products would start. Those prices will be firmed up in coming days, he said, adding they would mirror those across the heavily taxed retail market.

The city of Fort Collins is already home to nearly a dozen medical marijuana dispensaries, but Organic Alternatives is the only one that has obtained its retail license from the state, according to Colorado Department of Revenue listings. That nod from the state is mandatory and separate from getting the retail go-ahead from the governing city or county.

Larimer County's first retail marijuana business, Choice Organics, 813 Smithfield Drive, opened its doors near Interstate 25 to recreational sales in April. County officials in May approved retail sales for Flower Power Botanicals. While closer to the city's core, the business at 1308 Duff Drive sits just outside of Fort Collins proper and won't begin selling retail products for a couple more months. Ackerman said there's clearly a growing market in the region, but his shop will be the first and only business in Larimer County to offer cannabis-infused candies, baked goods and similar edibles. That demand, especially among first-timers who don't want to "pull smoke into their lungs" has the possibility to draw a big crowd, but it's hard to know ahead of time, he said. "We'll have all hands on deck and see how it goes." 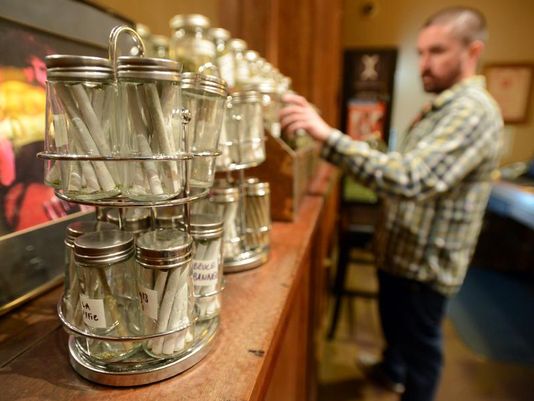