Fresno, California - Voters will once again get to decide whether recreational marijuana should be legal in California.

Proponents of the measure gained enough signatures to get it on the ballot this November.

Fresno County Sheriff Margaret Mims says she would still try and enforce their local moratorium on marijuana to try and prevent pot use locally even if it's legalized.

We did talk to some medical marijuana users who said they will be heading to the polls this November to throw their support behind the legalization of marijuana in California.

For the second time since 2010, voters in California will decide whether the most populous state in the United States should legalize recreational marijuana.

"I think it's a good idea," a medical marijuana user who did not want to be identified said. "So, we won't have too many of the neighborhood drug dealers."

The Fresno resident says she just got her medical marijuana card Wednesday to help her relax and relieve pain.

She thinks it'll create a safer environment for people who want to smoke or ingest marijuana and cut down on crime.

Mims, though, doesn't think the measure will pass, adding if people have learned anything from Colorado and Washington where marijuana was legalized in 2012, they'll vote against it.

"Now you have a whole new set of regulations and that says people under 21 can't smoke marijuana but they do," she said. "You can't smoke it in public but they do. You can't do a lot of things but they are and law enforcement are busier than ever dealing with marijuana areas."

She also says, according to the organization Smart Approaches to Marijuana, more children are trying marijuana in those states because it's more accessible.

While the Fresno County Sheriff's Office can't enforce federal law, Mims says the county can create its own zoning regulations to prohibit marijuana.

"Local municipalities can still fashion their own ordinances, so that's a good thing," she said. "We need to be able to have that ability." 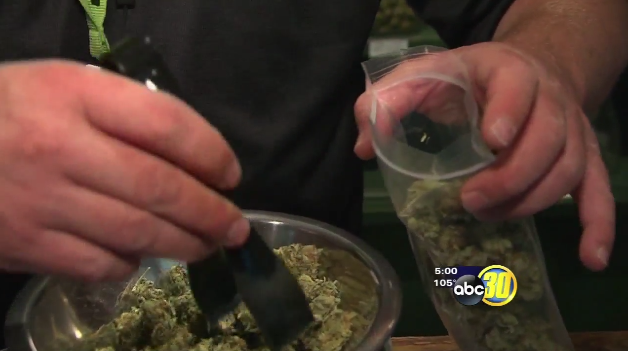 Re: Fresno County Authorities Sound Off On Proposed Marijuana Legalization In Califor

See our sheriff's mentality? She puts the grows for profit in the same box as the legit medical cannabis patients. She wants all cities in Fresno county to ban as much as possible and tried to stop coalinga from leasing out a vacant prison that was putting the city in debt to a company that wants to grow and produce cannabis oil. She also tried to get the county board of supervisors to force them to not proceed but the majority didn't want to that far and respect coalinga's authority to govern themselves. One of them really wanted the county to bully their will on them. I can't think of his name but he said before on a unrelated issue that plants grown in this area produce about four pounds [ and with the value per pound ] so $1,000 fine per plant isn't unreasonable. Oh really, like the county is going to wait til after harvest to fine them.
I've heard sheriff Mims talk about the big mess in Colorado with all the car crashes caused by stoned drivers and the increase in the crime rate. With her getting her info from sources such as smart approaches to marijuana, it's no wonder she feels she needs to keep the war on cannabis going, or maybe she is using those sources to justify her anti cannabis agenda.