Over objections of medical marijuana users, the Fresno County Board of Supervisors on Tuesday banned all marijuana cultivation in the county's unincorporated areas starting in February. The ban includes fines of $1,000 per plant. The 5-0 vote by supervisors also adds a fine of $100 per plant for each day plants remain after the initial discovery. Violations of the public nuisance ordinance would spark misdemeanor financial penalties.

Appeals of the ordinance citations will be heard by the Board of Supervisors. The ordinance takes effect in 30 days. Joe Elford, a San Francisco medical marijuana lawyer, said Fresno County apparently is the first to ban medical marijuana cultivation in California. "You are speaking about a significant number of people who will be negatively affected," Elford said. "It clearly goes against what California voters intended."

He was referring to Proposition 215, a California law allowing use of medical cannabis that passed in 1996. Fresno County had modeled its ordinance on one from Kern County that limits medical marijuana users to 12 plants, but took it a step further after officials learned that Live Oak, a city near Sacramento, banned cultivation outright. The Live Oak ordinance was appealed and upheld. Elford said he has written a motion asking the state Supreme Court to hear the appeal. "Fresno County is now inviting a legal case against them," he said. "It's hasty action that could end up costing taxpayers money."

Medical marijuana patients told the board Tuesday that they should not have to travel long distances to get the drug of their choice. "There are no marijuana deaths other than people who are trying to steal it," said Diane Valdovinos of Fresno. "We need legal dispensaries and we need to have patients that can grow their own medicine." Tim Boissonneault of Fresno said drugs are available on every street corner at pharmacies, but the county will turn those who want to grow medical marijuana from "good people into criminals."

But Sheriff Margaret Mims said the cultivation ban can't come soon enough. In 2013, there were 20 violent incidents involving marijuana cultivation. "Had this not gotten out of control it may not have resulted in an ordinance like this," Mims said. Mims estimates the cost of enforcement at $307,000 annually. County officials had no estimates on how much money the fines and any liens would reap under the ordinance. Board Chairman Andreas Borgeas said the ordinance provides no prohibition for patients to get medical marijuana elsewhere.

"Those that have the proper documentation are still legally capable of smoking and using cannabis," he said. "It's stopping cultivation." In May, the state Supreme Court ruled in a Riverside case that jurisdictions can create public nuisance laws banning cultivation, Borgeas said. The county, he said, is following that ruling. Eventually, Borgeas said, the state Legislature will have to step in and set rules to remove the legal "patchwork across the state." 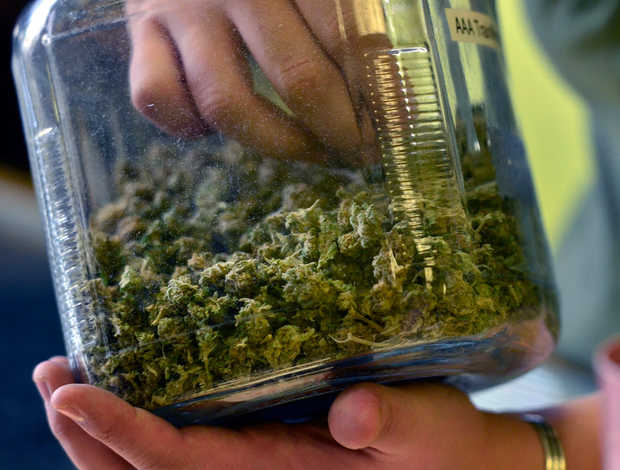