California - Fresno County has successfully defended its ordinance banning medical marijuana cultivation for the second time, recently earning a dismissal of a suit that sought legal cultivation of medical marijuana. The lawsuit was filed by the American Civil Liberties Union earlier this year. Senior staff attorney Michael Risher said the dismissal left the ACLU with a choice of continuing two other actions connected to the suit in Fresno County Superior Court or filing the case in the Fifth District Court of Appeal.

He said the ACLU has 60 days to decide which course to take. The ACLU suit also targeted the city of Fresno, which approved a similar ordinance. "The basic questions in our case is whether the county and city can effectively ban the cultivation of medical marijuana even though state law allows seriously ill patients to cultivate marijuana for medical use," Risher said.

One issue that Fresno County Superior Court Judge Carlos Cabrera did not decide on is whether the county can get a civil inspection warrant to come into a home to look for medical marijuana, and whether that violates the Fourth Amendment right to privacy in the U.S. Constitution, he said. The suit, filed in May, was on behalf of two medical marijuana patients in Fresno County, Joan Byrd and Susan Juvet. Risher said neither of his clients will cultivate medical marijuana unless a court order overturns the ordinance.

"They have no intention of breaking the law and being cited," Risher said. "What they want is for the (court) to say the ordinance doesn't apply to them because it violates state law. We brought these suits so our clients could cultivate medicine without breaking any laws." An earlier case, filed against the county on behalf of Fresno-area resident Diana Kirby, also was dismissed. It also alleged that the cultivation ordinance violated state law. The case is being appealed.

"The county's medical marijuana ordinance has already been held by the Superior Court in the Kirby case to be valid and enforceable," said Dan Cederborg, Fresno County counsel. "It is difficult to see how the current plaintiffs in the Byrd case have a chance of prevailing on similar legal issues that have already been resolved by the Superior Court in the county's favor." A fine of $1,000 per plant is charged under the county's medical marijuana cultivation ban. Fresno County supervisors oversee all fine appeals. There are at least four other suits filed or pending against the county that contend some aspect of its medical marijuana ordinance is unlawful. 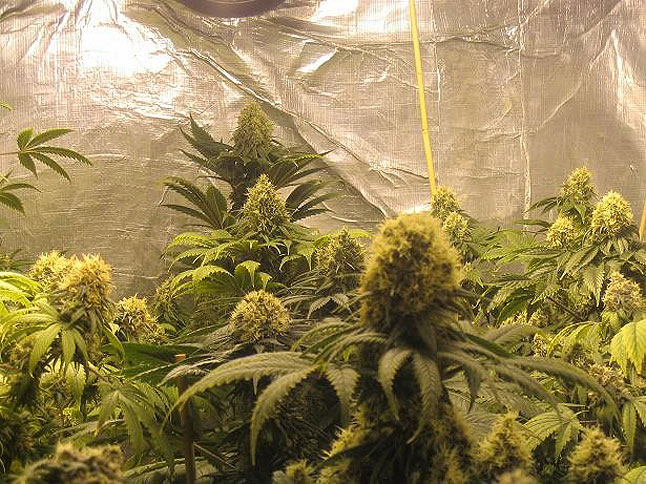