Fresno County led the way in rolling back the rights of California medical marijuana patients with a total ban on the cultivation of even a single medical cannabis plant, even for personal use. But the ban appears to fly in the face of the California voter-approved Prop 215, and now will face a courtroom trial on November 19. Facing a widespread problem with illegal, for-profit cultivation, Fresno County enacted a total medical marijuana ban in February, prohibiting any indoor or outdoor cultivation by qualified patients. Fresno is supposed to issue a 15-day notice to abate what it deems "nuisance grows", and there is a $1,000-fee per plant, along with a 10 percent interest per month for unpaid fines.

Problem is, plaintiffs say Fresno cops aren't trained civil code enforcement officers, and violate due process by chopping down plants and assessing fines the same day. The Bee reports that Judge Ikeda said, "Seems to me the county thinks the county can abate nuisance and remove the marijuana plants without giving the property owner, cultivator, an opportunity to abate. What's the point of the 15-day notice?"

Hundreds of fines have likely been assessed this way, said Fresno Cannabis Association founder Michael Green. More than a dozen residents have appealed a total of almost $1 million in fines assessed by Fresno County. Lawyers say the county ban is illegal if patients are not given time to toss the plants. Fresno County will pay Orange County law firm Best, Best and Krieger up to $210,000 in taxpayer money to defend Fresno against its own residents.

Best, Best and Krieger is notorious among medical marijuana patients for selling cities controversial bans, then reaping a windfall of fees when patients inevitably sue. Best, Best and Krieger represented the City of Riverside in the landmark case giving city's right to ban not only dispensaries, but collectives or any medical marijuana activity. "Fresno is now ground zero of cannabis cultivation policy," Green said. "We're fighting here and we're trying to stop it from spreading and going to other cities and counties." 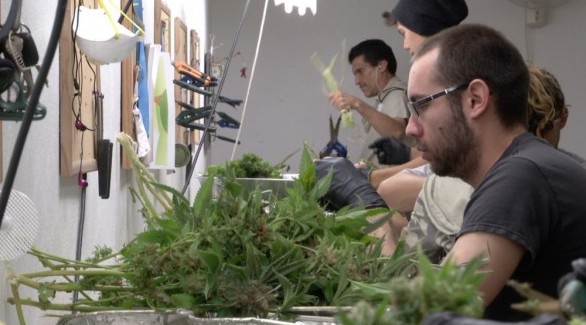