Augusta, Ga, — A cannabis oil study at Augusta University shows promise in the fight against childhood epilepsy. Nine-year-old Preston Weaver is one of about 50 patients showing positive responses to a new treatment not yet approved by the U.S. Food and Drug Administration.

With an unresponsive 7-year-old boy, Valerie McCormick took a chance on a Cannabidiol in December 2014.

"Within weeks probably of him taking his first dose. I started noticing the seizure activity had started decreasing," said McCormick.

McCormick has spoken with NewsChannel 6 in the past and agreed to update us on how well her son is doing on the new trial.

"He still has seizures everyday, but it's a huge reduction compared to what it was," she explained.

McCormick's son Preston is one of 48 patients taking part in Augusta Universtiy's clinical research trial of Epidiolex. There were 52 children who initially enrolled in the study.

Dr. Young Park runs the Pediatric Epilepsy Program for the state where the response in the first two years has been positive for 27 of the patients. Of those 27, 26 patients reported major seizures within six visits. Visit two saw a decrease in those seizures by 26 percent. And by visit 6, seizures were down by 66 percent. McCormick said she saw cognitive improvements too.

"He's more aware. He's more responsive. When you walk into a room and start talking, he'll actually turn towards the sound of your voice. He'll respond to music," she said.

Another improvement Dr. Park's trial noted was a drop in the frequency of major seizures and six patients reported being completely free from seizures. The state of Georgia and Augusta University lead the country in the state-funded program, hoping to collect enough data for the FDA to approve cannabis oil as treatment. And Preston, who takes less than a teaspoon through his stomach twice a day, will help with that process.

"Most children take it orally. So, they usually take it by mouth. It's even flavored. However, Preston has a G-tube [gastric feeding tube]. He's not allowed to take anything by mouth because he aspirates."

As for mom, she's hopeful.

"As a whole to me he seems a lot happier. I get a lot more smiles. I get a lot more talking, but it's more like cooing like a baby. I just get a whole lot more positive feedback from him than I ever had before," she described.

Preston has Lennox-Gastaut syndrome, which is a form of epilepsy that is hard to treat and many times seizures are unresponsive to medications. 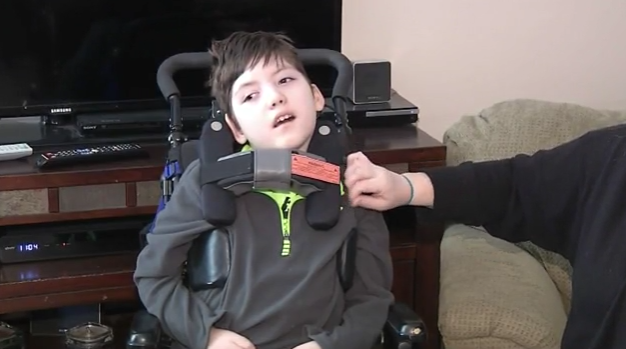