Patients and caregivers find the legalization of the possession and use of low THC oil in Georgia is of no use when they cannot find a legal way to purchase the drug.

"We have situations when we go into a store and I have to restrain him," Gambrell said. "He may think it's funny to knock over a rack or, if he's having a bad day, he might bite or scratch me."

Hayden is "functioning," his father says, although his doctor has classified his case as severe. His son is a good boy, Gambrell said, but his bad moments are bad.

"He bangs his head on the wall, bites his fingertips, hits concrete walls ... I've been with him, fortunately, but some parents are desperate," Gambrell said.

Autism is among the six conditions the Georgia General Assembly cleared this year for treatment with medical marijuana. As of September, 109 autistics had been issued cards that allow them to have up to 20 fluid ounces of low-THC cannabis oil, according to Donna Moore, director of the Georgia Public Health Vital Records Department that oversees the program.

Hayden's doctor has registered him and Gambrell has the card. But the treatment remains untested because it's still illegal to buy or sell low-THC oil in Georgia.

"Also, you're not allowed to bring it over the state line," Gambrell said. "The whole thing is pointless. We don't have any options unless we break the law."

That's one of the "challenges" noted by state Rep. Allen Peake, R-Macon, who chairs the Medical Cannabis Working Group. Members, including Rep. Katie Dempsey, R-Rome, met last week to review the situation before the legislature convenes in January.

"Once people get the card, I hear, "What do I do now, where do I get this oil?" ... That continues to be a challenge, that we don't provide access," Peake said.

It's also an issue at schools, for students who need to take the oil several times a day but find zero-tolerance policies ban it from campus, he said. And Moore – in her testimony to the committee Tuesday – said some people have removed themselves from the registry because their employers have warned them they'll be fired if they fail a drug test.

"We were silent about that on the law when we wrote it, on purpose," Peake said. "But we will have to address it."

The General Assembly approved use of the oil in 2015 to treat eight conditions. With this year's additions, the list covers 14 conditions plus patients in hospice care. The oil, which does not get people high, must be in a prescription container listing the percentage of THC on the label.

Moore said that, as of September, there were 453 physicians registered to request cards for their patients. They are certified through the Georgia Composite Medical Board and must submit semi-annual reports tracking the patient's progress.

"Any doctor can enter into the database... so the patient's existing doctor, who they already have a relationship with, can enter them into the registry," she said.

Moore said 55 percent of the patients are treating seizures or end-stage cancer with the oil. Another 25 percent have severe or end-stage multiple sclerosis, peripheral neuropathy or Crohn's disease.

Forty percent of the patients on the registry are ages 50 and older, with another 31 percent in the range of 25 to 49 years old.

"So most of these are adults, which is a little surprising," Moore said. "We had expected more children."

Gambrell may have an answer for that. He said he's been contacted with offers of illegal oil and he's sure others have too. Some may be buying it, he said, but many parents turn it down.

"No way would we do it," Gambrell said. "It's not regulated. Would it kill my son? But there are people who are desperate."

What's frustrating is that, in many cases, the drug works.

Moore shared some stories from grateful patients and physicians whom, she said, don't have too many people to talk about the treatment with other than her registry team members.

But there's more than anecdotal evidence, according to Dr. David Bradford, the chair of public policy at the University of Georgia. Bradford told the working group about some of the latest research findings.

"The results are really quite remarkable," he said.

Just this January, Bradford said, the National Academy of Sciences issued a report saying there is conclusive evidence that medical cannabis is effective in treating nausea and spasticity.

"Conclusive evidence is a technical term; it means it's very compelling," he said. "And there's moderate evidence it's effective for sleep disorders and various sorts of pain."

The report follows an examination of more than 10,000 research papers.

Bradford said 29 states and Washington, D.C., now have laws recognizing the benefits of "whole-plant," botanical cannabis and Georgia is among several others allowing variations such as low-THC oil.

"It's no longer just a coastal, northeastern phenomenon. It is widely accepted around the country, " he said.

Still, the underlying problem is that the federal government still classifies marijuana as a Schedule I drug, a category reserved for substances that have no medical use and a high potential for abuse.

Gambrell says he doesn't care about the politics of the issue, he just wants a change in Georgia.

"We're talking about the oil, not about people smoking pot," he said. "As a controlled substance available from a licensed pharmacist, there could be substantial tax revenue, too.

"Maybe there's a down side," he added, "but I'm just not seeing it. But I'm living with Hayden every day." 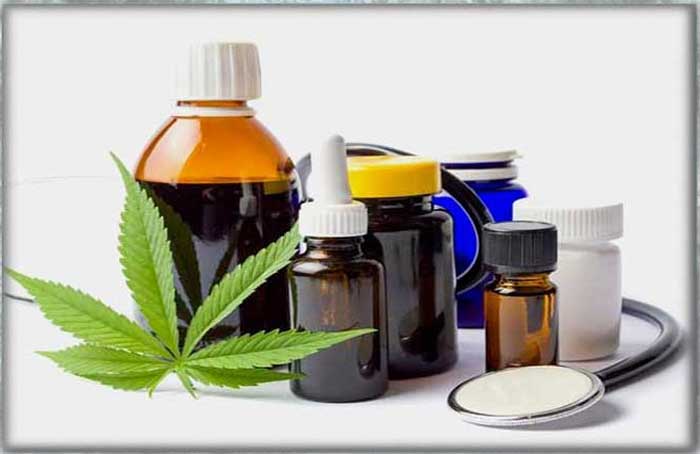