GA: Medical Cannabis Bills To Be Read Under Gold Dome, One Leading To Referendum

Savannah, Ga — Local lawmakers want voters to decide on medical marijuana if it should be grown in Georgia and sold to families who need it.

The last major move for medical cannabis oil was in 2015 when it was legalized. Many issues remain though like growing it is illegal, so where would patients buy it? There are two bills being introduced in the Georgia House of Representatives surrounding those issues. If they reach the governor's desk, sponsors believe they could make significant impacts for families in need of treatment.

"We can tell the session has started we are talking about medical cannabis," said Rep. Allan Peake on the House floor last Thursday the 12th. Peake is a representative from Macon.

The push for medical cannabis oil and treatment has been supported by Savannah representatives and senators for years. On both pieces of legislation, Rep. Ron Stephens is showing strong sponsored support.

"I am blessed to have a grandchild that is in perfect health, but if I didn't I would do whatever it takes to help him."

The 2016 session was laborious for passage of any bills relating to medical cannabis. All of the pieces of legislation surrounding growth and production were shot down. Stephens believes the new approach to approving the drug and treatments could prove fruitful for families.

"I didn't have anything in any of the pharmacies that would in some cases when some body was on chemo therapy, throwing up every breath that would work. This particular drug in many cases would work," Rep. Stephens says.

Lawmakers will look at letting Georgia's voters decide if medical cannabis should be grown and sold in the state. Peake filed HR 36 that would put a question on the ballot about medical cannabis. Another bill would introduce a clause not penalizing families who bring the medical cannabis to Georgia from other states. That's an issue guardians like pat McCall had with the 2015 law.

"The catch is he said if you legally purchase it in another state. But there is no way if you're a Georgia resident to purchase cannabis oil legally. Somewhere you're breaking somebody's law," says McCall.

Unlike the legislation in 2016, Stephens has confidence because the resolution will put the burden on voters to decide regulation and production of low THC oil that it can pass the Assembly.

"If you are ever a parent for a 6,5,4 or seven-year old like I've got one here and you are looking at not having an option, we want to give you one."

The two bills are scheduled to be read next week. If the resolution passes the Assembly and is approved by the Governor, voters could decide on expanding medical cannabis production on the 2018 ballot. 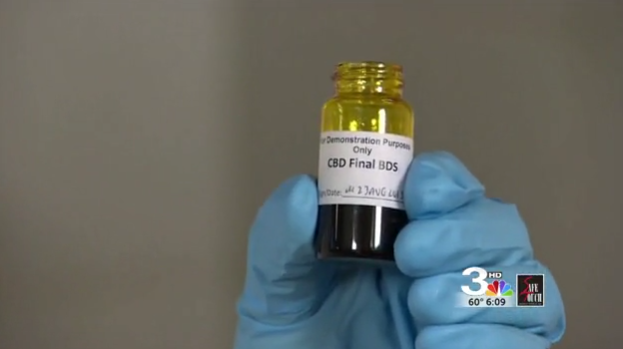