Although several states have legalized cannabis for everything from medical to recreational use, the federal position has not changed. That means cannabis and cannabis oil are still illegal to use and possess.

But now, people across metro Atlanta are on a mission, taking their message to Washington D.C. and demanding lawmakers leave their state alone.

Sebastian Cotte is from metro Atlanta. He is also part of the organization Americans For Safe Access. With a new administration in Washington, Cotte and others want clarification from Congress and new Attorney General Jeff Sessions that the federal government will not interfere with states that legalize the use of cannabis.

"We're very excited about that bill. What it does mostly is to protect the state's rights. Which is the biggest challenge we're seeing coming up with cannabis, we have to protect what we're doing at the state level," says Cotte. "One of the biggest reasons why we still don't have cultivation and distribution in the state of Georgia, is that they're using fact that it's a schedule one substance, and the fact and the worry about the feds, DEA and DC coming after us."

44 states in the U.S. have some kind of medical marijuana law. Here is Georgia, the medical cannabis law was just expanded to include even more conditions that can be treated with cannabis oil, including autism. But new AG Sessions isn't a fan of legalized cannabis.

In April of 2016, he stated publicly, "Good people don't smoke marijuana," and that it was a "very real danger" that is "not the kind of thing that ought to be legalized."

Then, during a speech on March 15 of this year, Sessions compared marijuana to heroin. Many experts believe Sessions will pursue law enforcement drug war policies of the late 1980's and early 1990's. That's why many Georgia residents want Congress to step in and tell the feds not to interfere with cannabis legalization in the state.

"We need the support from Washington D.C. to get Georgia on board because that's what they're using as an excuse right now," continued Cotte. "So, if we were able to pass a bill in D.C. that simply states that the states have the right to establish their own medical cannabis program without any fear from D.C. to come and for the feds to come and intervene and stop such program then we should be able to pass cultivation and distribution in Georgia which we really, really badly need."

Attorney General Sessions has not said that he will crack down on cannabis sales in states where it has been legalized but many believe he will do just that. 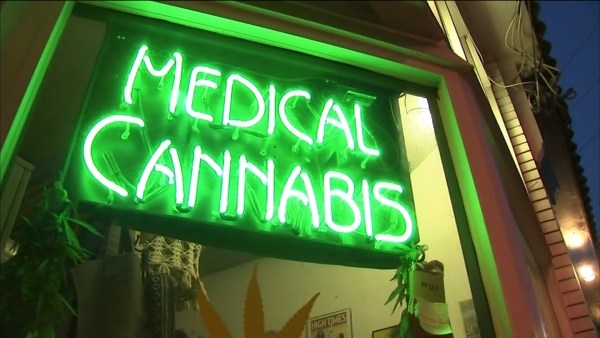