A year ago, state Rep. Allen Peake ran into gubernatorial and law enforcement buzzsaws when he pushed a bill to allow growing and distributing medical marijuana in Georgia.

But he's back this year with a proposal that he hopes will negate the opposition from the governor's office and law enforcement.

Peake ran into the buzzsaws a year after he won a 24-month fight over allowing people suffering from eight illnesses to obtain medical marijuana.

But Peake felt the law, called Haleigh's Hope Act, left gaping holes and treacherous obstacles for people suffering from one or more of the diseases.

As written, the law protects a qualified a person from prosecution if they possess a legal amount of oil. But there isn't any provision in the law that allows patients to obtain medical marijuana in Georgia or to transport it across state lines from another state.

The mere suggestion of expanding the medical marijuana law drew immediate negative reaction from fellow lawmakers, law enforcement officials and Gov. Nathan Deal who a year earlier had signed into law the legislation that allowed using the product for the eight illnesses.

Some lawmakers believed that enhancing the law would be the first step toward legalizing recreational marijuana use.

Other lawmakers felt Peake was moving too quickly too soon.

Deal, through his spokesperson, encouraged Peake to back off, saying the governor didn't have the appetite for adding to the existing law.

But Peake pushed forward, an action that prompted Deal to strip Peake of his floor-leader position in the House.

Law enforcement officials around the state made it clear that they opposed growing and distributing medical marijuana in Georgia. They contended it would create a law enforcement nightmare, saying among other things that marijuana remains in a person's system long after the user is over the high.

Peake even took GBI Director Vernon Kennan and other law enforcement officials on a fact-finding visit to Colorado, where recreational marijuana is legal.

The law enforcement officials returned to Georgia more convinced that ever that growing and distributing medical marijuana shouldn't be allowed in Georgia.

But Peake ignored their suggestions to back off. He got a medical marijuana bill passed in the House. But it died in the Senate on the last legislative day.

Afterwards, Peake said he might have to wait until Deal leaves office to get more marijuana legislation enacted. Deal has two years remaining on his second and last term.

Since then, however, Peake has decided there's a better way to make it legal in Georgia. The 2017 legislative session began Monday, and Peake is already plotting a way to bypass the governor and law enforcement officials opposed to expanding medical marijuana.

Although the governor can speak out against the measure, he doesn't have authority to veto or block efforts for a constitutional amendment.

If successful, Peake said the proposal would be on the 2018 general election ballot. Voters would then decide whether they want to grow and distribute the product in Georgia.

Peake plans to file the legislation calling for a constitutional amendment later this week. He's confident voters would approve because a recent poll revealed that 70 percent of Georgia voters favor the measure. 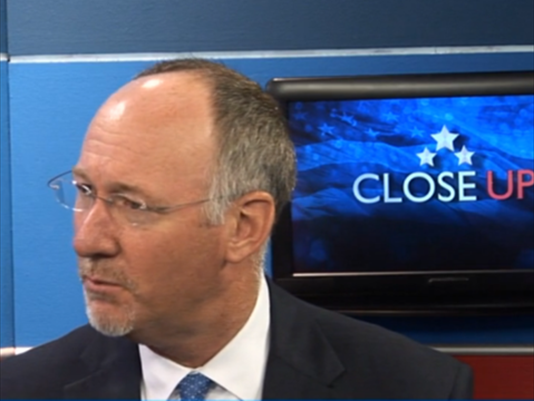