GA: The Buzz About Decriminalizing Weed In Savannah

I was going to make a bunch of stoner jokes about a new movement to decriminalize the possession of small amounts of marijuana in Savannah, the folks stoking the blaze beat me to it.

At an exploratory meeting at Bull Street Labs last Monday about how to implement a fine-only, no arrest policy for being caught with less than an ounce of weed within city limits, the dank puns flew:

"We're trying to create a buzz about how this can change the way we think about crime and safety in this community," offered resident progressive Clinton Edminster with an irrepressible grin.

"As a senior, I am highly interested in seeing legalization for medical purposes," added activist Carol Williamson amongst good-natured snickers.

Over the knowing giggles, all-around politico Chuck Feagain pointed out that "collected fees could be a viable revenue source for the city with enough money in the pot."

Given that one in eight American adults tokes on the regular according to the most recent Gallup poll, there are surely plenty of other resins, er, reasons to embrace a kinder attitude towards cannabis around here.

As it is now, getting busted for ganja in the City of Savannah is no laughing matter: Via SCMPD statistics, 439 people were arrested in 2016 and 279 more so far this year for misdemeanor marijuana possession, a crime that carries a max of 12 months in jail, driver's license suspension and thousands of dollars in fines and court costs and–hella steep consequences for a place that prides itself on its party hardy reputation.

That harsh punishment would go up in smoke if City leaders and law enforcement adopted an ordinance that bore only a $75 fine for possession of less than an ounce of da kine, with no arrest, no jail time and no criminal record.

A pipe dream, you say? Nah, bruh, it just might be doob-able.

While a holding a bigger bag of blunts would remain a felony across the state, Georgia law allows cities to determine the punishment for misdemeanor cases heard by municipal courts. The City of Clarkson passed a similar ordinance last year, sparking interest in other communities, including Atlanta.

"All it takes is a vote from City Council and cooperation of the police department," said Maxwell Ruppersburg, director of communication and outreach for the Georgia Campaign for Access, Reform and Education.

"It's just a matter of getting citizens on board."

Better known as the Georgia CARE Project, the non-profit campaign has been advocating for cannabis reform at the state level since 2012, lobbying for also for regulated medical marijuana and laying groundwork for a statewide industrial hemp industry.

In addition to representing at the Georgia Assembly this year when the Senate passed a bill legalizing the use of cannabis oil to treat AIDS, autism and a handful of other conditions, the Georgia CARE Project also launched its City by City Initiative to further its legislative goals.

"This allows cities to say, 'we don't want to wait for the state,'" continued Ruppersberg to the 50-person crowd gathered in Bull Street Labs' super cool co-working space (so much mid-century modern goodness here, and all the furniture is on wheels, yo!)

"We believe this is a better way to police the community."

Technically, the city ordinances are more of a "deprioritization" than actual decriminalization, but it has the same effect of reducing incarcerations for an increasingly accepted substance.

A majority of Americans believe weed is way safer than alcohol, and 60 percent of Americans think cannabis should be completely legal in all shapes and forms.

Yet even as more states legalize recreational and medical use, enforcing existing marijuana laws continue to cost taxpayers $3.6 billion a year, and dope-only arrests outnumber those for violent crimes across the country.

Policy wonks figure with 800,000 people currently in jail on marijuana charges, it will cost taxpayers a whopping $45 billion over the course of their sentences.

There's also proof that possession isn't equal in the eyes of the law: If you're a person of color, you're four times as likely to be busted, though use has been proven to be the same across racial lines.

According to a study in Atlanta between 2014 and 2016, a shocking 92 percent of those arrested for marijuana possession were African American.

And we all know how badly it can go to have weed while black: Philando Castile was killed because the officer who pulled him over said he "felt threatened" by the burnt smell in the car, and a glimpse of rolling papers gave police reason to confront Keith L. Scott in Charlotte, NC, leading to his death by shooting.

This isn't to suggest that Savannah police target particular groups or that everyone with a one-hitter in their glove box is some kind an angel. But decriminalizing personal stashes would not only save money and resources for more serious problems, it would also go a long way to equalizing the city's chronic social justice issues, diverting young kids just blowing off steam from a possible lifetime within the prison industrial complex.

"Once someone goes to jail, even if they get probation, their chances for getting a decent job and being a productive member of society goes way down," reminded Sean Geng, president of locally-based head shop Smoke Cartel.

"The fees could be put towards truly progressive drug education and supporting our police department's public safety programs," suggested his business partner, Darby Cox, to concerns that the ordinance could send the wrong message to youth about substance abuse.

These enterprising millennials–who have built one of the largest online retail cannabis paraphernalia business in the country in the last two years, so much for the lazy stoner clichÃ©s–already know that smokers gonna smoke. They've taken the lead along with others of the Savannah CARE Project to strategize and educate citizens that holding a little laughing grass in Savannah doesn't have to be a crime. (Criminal consequences for growing it, selling it and being a minor with it would still apply.)

The most direct path to implementing the Georgia CARE Project initiative in Savannah would take, *ahem*, a joint decision of a majority of the City Council. But it's hard to imagine the current roster shaking up the status quo, even if in the long run it would reduce arrests and generate revenue.

There's also the option of a special referendum, which would require signatures from 15 percent of registered voters in the city–around 9000–to bring it to the ballot.

Seems like a lot, considering the voter burnout, um, turnout in the last election.

But considering the pot poll numbers, the movement might bogart enough support to puff-puff-pass. 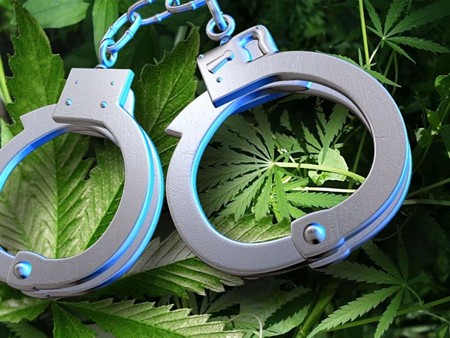