The district attorney's office in Winder, Ga., decided not to pursue the marijuana charges against Patrick, nor will they charge Georgia teammate Jayson Stanley with DUI.

The duo were driving back to Athens from the SEC Championship in Atlanta when police stopped Stanley for speeding. Upon searching the car, police discovered a small marijuana leaf on the passenger seat. They also found marijuana residue in an orange juice bottle in the floorboard.

Patrick's attorney, William Healan III, told ESPN that his client had no idea the marijuana leaf was in the car and that none of the items were his.

"When you get into someone's car, you're not going to search it to see if there's marijuana in the car," Healan said. "My client didn't know the marijuana was there. If you're sitting on a little piece of marijuana that you didn't know was there, you're not knowingly in possession of it."

A video released last week showed Stanley talking to Winder police and taking responsibility for the leaf. Due to a plea deal, Stanley has now been charged with misdemeanor possession of marijuana and speeding.

Patrick was facing dismissal from the team with his recent arrest, since he had been arrested on two marijuana-related charges before. Georgia has a three-strike policy when it comes to drug-related incidents.

It's unclear if Patrick will be allowed to play in the Rose Bowl Jan. 1, when No. 3 Georgia takes on No. 2 Oklahoma in the College Football Playoff.

"Obviously, the coaches are going to have make that decision," Healan said. "But from my perspective as his attorney, he didn't do anything wrong and didn't commit a crime. It would be a shame to see someone punished after he was cleared in a court of law."

Patrick has 35 total tackles on the year, three of which came in the SEC Championship, which saw Georgia upset No. 2 Auburn, 28-7. 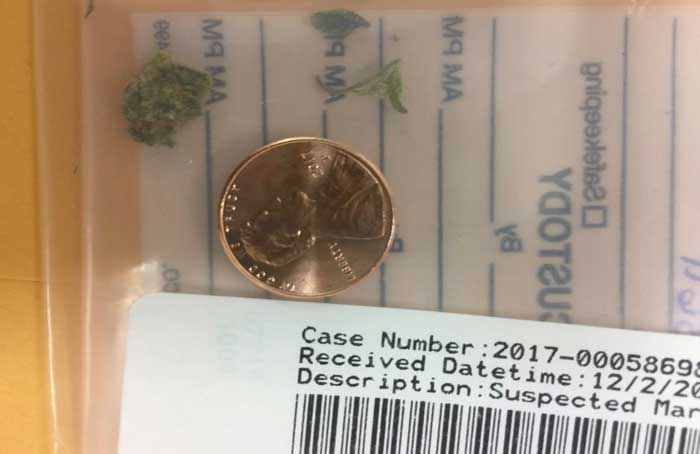