Tbilisi, DFWatch — Georgia's Constitutional Court has struck down a law which sent many young people to prison for using marijuana.

The Court made its decision based on a lawsuit filed by the Public Defender's Office, demanding to suspend the penalty of imprisonment, as it is an 'irrelevant, too strict and degrading' form of punishment.

"The Constitutional Court found that the norms referring to the use of a small amount of marijuana, as well as its purchase, storage and product on, are unconstitutional," the statement reads.

Under the Criminal Code of Georgia, it is illegal to purchase or keep a small amount of marijuana or, its analogy or precursor, for personal use or their use without a doctor's prescription, and violation of the ban is punishable by fine, or 120 to 180 hours of community labor, or imprisonment for one year.

Last year, the Constitutional Court struck down a law that imposed up to 12 year prison sentences for persons caught with small amounts of marijuana.

However, the consumption of marijuana, which grows in the wild many places in Georgia, was not considered a criminal offense until 2006, when president Mikheil Saakashvili launched an anti-drug campaign. Between 2008 and 2013, thousands of Georgians were detained and forced to undergo drug tests.

A study carried out by Alternative Georgia, a drugs treatment center, in cooperation with the National Center for Disease Control and Public Health (NCDC) revealed that about 70 percent of Georgians are in favour of decriminalization the personal use of marijuana, while 54.5 percent of interviewees believe people shouldn't be arrested for using drugs.

A campaign to demand liberalization of Georgia's drug policies kicked off in June 2013 with thousands of people taking part in a rally in the capital Tbilisi, with decriminalization of marijuana use as their main message.

A month ago, the newly formed political party Girchi urged the government to soften its approach to drugs and legalize the use of marijuana. Party spokesman Zurab Japaridze vowed to publicly plant weed in the party's office when the New Year's countdown starts on December 31, if parliament doesn't pass a bill that legalizes the use of marijuana.

There are also numerous other campaigns involving dozens of organizations demanding liberalization of the country's strict drug policy. Hundreds of White Noise protesters gathered in Tbilisi on December 10 to call for the decriminalization of drug use.

However, despite the efforts by campaigners, police are still stopping especially young people in the street asking them to take a drug test. "Suspicious individuals" are detained and taken to a testing facility. If the test is positive for marijuana, the person has to pay a fine the size of which starts at 500 laris (USD 183). If they test positive for harder drugs, they may be imprisoned. 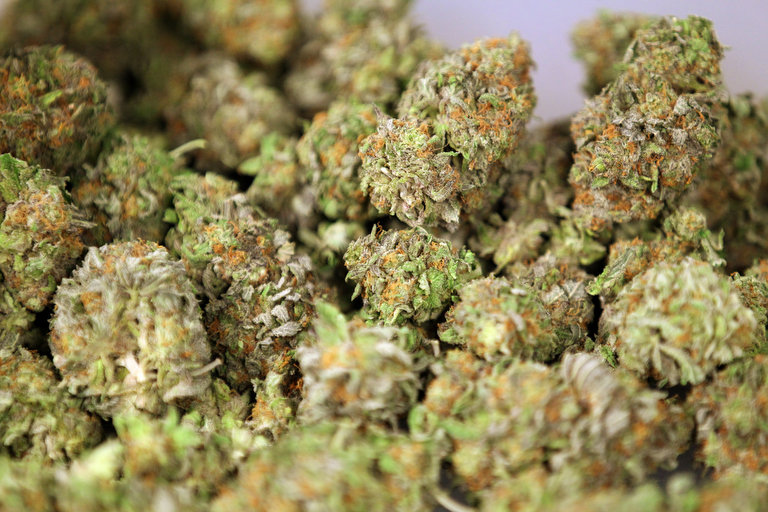 Georgian Constitutional Court Rules Marijuana Use Not A Crime