A Georgia father whose young son is treated with medical cannabis is part of a lawsuit challenging the constitutionality of the federal government's stance on marijuana.

Filed this week, the lawsuit argues that a federal law that views marijuana as dangerous as heroin is irrational and violates constitutional rights, such as the right to travel.

Marijuana is considered a Schedule 1 narcotic, meaning the federal government believes it has no accepted medical value. It's the most restrictive category, and the Drug Enforcement Administration decided to keep it there just last year.

Concern about the federal law is a frequent roadblock for advocates in Georgia who are pushing for in-state cultivation, which would provide residents a way to skirt the federal prohibitions.

Georgia's now two-year-old medical cannabis program allows the possession of low THC oil, but because of the federal Controlled Substances Act, it is illegal to transport the oil across state lines. It's also still a crime to sell or manufacture the oil in Georgia.

"Valid or not, (state officials) are using that it's a Schedule 1 substance as a reason why they don't want to help us have legal access to it," said Sebastien Cotte, who is representing his 6-year-old son Jagger in the lawsuit and who is a parent-advocate in Atlanta.

"If our lawsuit were to be successful, then that would take away that excuse from them. They would have no reason not to allow us to grow it and buy it in Georgia," Cotte added.

The Stone Mountain dad said he believes the oil has helped keep his son alive. Jagger uses the oil daily to treat pain and seizures associated with a rare mitochondrial disease. Jagger's condition is one of more than a dozen that now qualify for Georgia's program.

Cotte said families that rely on the oil are unable to leave Georgia because they cannot be without it.

The complaint also alleges that the federal government's position on marijuana is "so irrational as a matter of law that it cannot be said to be rationally related to any legitimate government purpose."

The claim, which was filed in a New York federal court, is against U.S. Attorney General Jeff Sessions, the DEA, the Justice Department and the United States.

Other plaintiffs include an 11-year-old Texas girl with intractable epilepsy, a veteran with PTSD, retired NFL player Marvin Washington who wishes to start a cannabis business and the Cannabis Cultural Association. 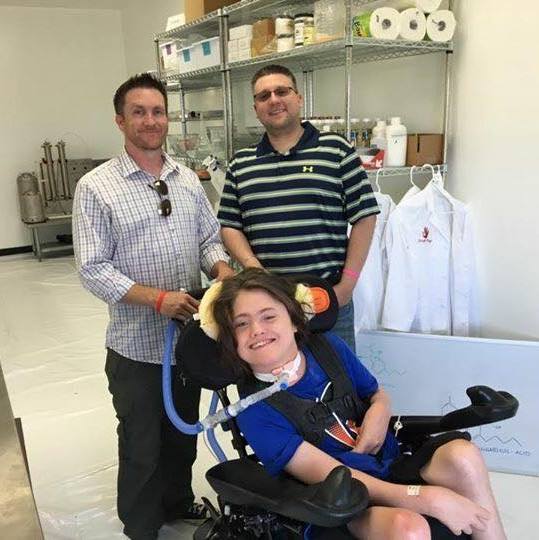