The Georgia lawmaker who wrote the state's groundbreaking medical marijuana law has re-upped his call for the state to allow a limited form of cultivation and manufacturing, saying he wants to set a tone ahead of the upcoming legislative session.

State Rep. Allen Peake, R-Macon, is urging families and advocates to contact state representatives and senators in their districts over the next three months. He is asking them to tell their stories of how hard it is to obtain the types of cannabis oil now allowed under Georgia's limited legalization, which passed in 2015.

"We've got to come up with some sort of solution," said Peake, who has called it a "moral responsibility" to help patients who are under doctors' care to use the oil.

He and other advocates have banded together to form an informal network to help patients obtain the oil, a proposition made more fraught because federal law bans interstate transport of any form of the drug. State law does not allow in-state growing of marijuana for medical purposes or allow many manufacturers to ship the drugs here, including for legal use of the oil.

But, he said, "we can't keep up with the thousands of Georgians who want access to medical cannabis oil. We can't provide it to all of them. The cost, logistics and process is too overwhelming."

A big sticking point for both Georgia policymakers and law enforcement officials, however, is the federal classification of marijuana as a Schedule I drug, the most dangerous class of drugs with a high potential for abuse and addiction.

Many Georgia officials, including Gov. Nathan Deal, have said that the federal classification needs to change before the state's law can be significantly expanded. Other opposition has come from some conservatives who are concerned that attempts to expand the law would eventually open the door to legalization of recreational use of marijuana, something Peake opposes.

U.S. Attorney General Jeff Sessions asked congressional leaders to undo federal medical-marijuana protections and has been strongly critical of any use of the drug.

What Peake wants is a limited allowance for one or two growers and manufacturers to operate in Georgia under strict supervision, with permission to only make those forms of the oil currently allowed by law.

Under the law, patients and, in the case of children, families who register with the state are allowed to possess up to 20 ounces of cannabis oil to treat severe forms of 14 specific illnesses, including AIDS, Alzheimer's disease, cancer, Parkinson's disease and epilepsy. More than 2,500 patients are currently on the registry. 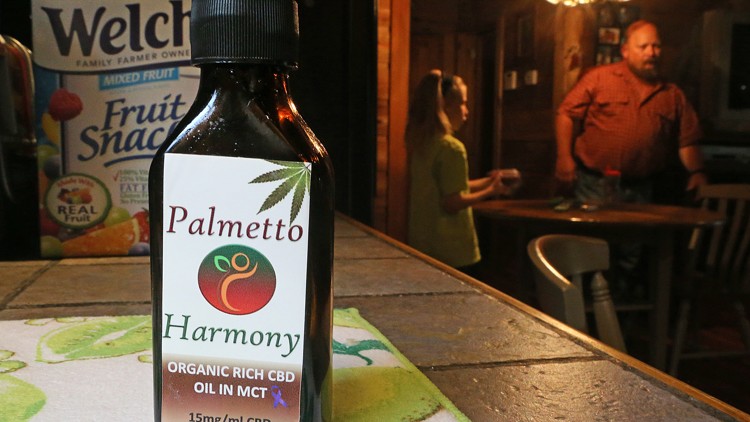