The sponsor of this year's bill legalizing medical marijuana in Georgia will push to expand the law, despite opposition from Gov. Nathan Deal and a study commission created by the governor.

State Rep. Allen Peake, R-Macon, said Tuesday he plans to pre-file legislation next week allowing marijuana to be grown in Georgia and used to produce cannabis oil for treating patients with seizure disorders and other diseases. The 2016 General Assembly session starts Jan. 11.

At Deal's urging, lawmakers overwhelmingly approved a bill last spring allowing adult patients or the parents of child patients to possess cannabis oil with authorization from a doctor and a registration card issued by the state. However, the oil must be obtained from out of state because Georgia law still prohibits growing marijuana or processing the oil derived from the plant into a drug.

Peake said his bill would set up an in-state growth and distribution system modeled after Minnesota, which limits the production of cannabis oil to two licensees. The legislation would limit use of the drug to treatment of the same diseases specified in this year's bill: epilepsy and other seizure disorders, cancer, multiple sclerosis, Crohn's disease, mitochondrial disease, Parkinson's disease, sickle cell anemia and amyotrophic lateral sclerosis.

Like the Minnesota law, the measure also would require the presence of a licensed pharmacist at every distribution point for cannabis oil, Peake said.

"We're looking at this as a medicine," he said. "It ought to be treated like a medicine."
After signing this year's bill, Deal named Peake to head a study commission of legislators, medical experts and representatives of the law enforcement community to come up with an in-state growth and distribution model for medical marijuana. But after meeting this summer and fall, the panel voted not to recommend moving forward with additional legislation, noting that growing marijuana remains illegal under federal law.

Deal also signaled his opposition when he questioned the need for producing cannabis oil inside the state when only a little more than 400 Georgians have received a registration card allowing them to possess the drug.
Given those objections, Peake acknowledged he faces an uphill fight getting his bill through the General Assembly.

"What I'm hoping is to provide a compelling argument," he said. "It's going to be a tough battle. But it's a battle worth fighting." 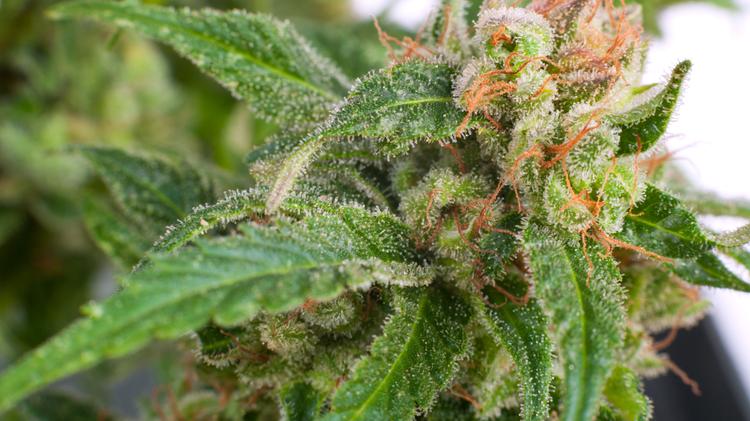