Pam Brems had two sons, one born in 1987, the other in 1994. Both were born with brain malformations of an unknown diagnosis.

"Both of them experienced multiple seizures for their entire lives, and those seizures were part of the brain malformation," Brems said. "They certainly impeded their development, so they were both at an infant level of development when they died at 4 and 8 (years old)."

Brems, of Kennesaw, is the president of the North Cobb Civitan Club, which, along with the Marietta, East Cobb and Chattahoochee Civitan clubs, hosted state Rep. Allen Peake (R-Macon) at a joint meeting of the four clubs at The Mansour Center on Wednesday.

This year, Peake helped move a bill through the Georgia Legislature that will allow parents like Brems to treat their children with cannabis oil.

Brems said she would have treated her sons with the oil if she could, and questioned the criticism some have leveled at the bill about the possible side effects of the oil.

"My response is we already know the brain damage that the seizures are doing. We know that for a fact, so as a parent, I think any parent would be willing to try whatever it takes. If there's a risk that there's more brain damage, then there's a risk, because the potential benefits outweigh the risks."

Brems, the director of The Mansour Center, said she treated her sons with FDA-approved anti-seizure medications, and while they worked some of the time, the side effects were substantial.

"The seizure medications that we gave our kids and the potential side effects made marijuana look like baby aspirin. Those drugs are not minor drugs," Brems said. "They are pretty serious, brain-altering drugs."

Peake gave a presentation about his legislation to about 40 members of the Civitan clubs, beginning with how he became involved in the issue. Peake said he was introduced to Haleigh Cox, a 5-year-old girl who was hospitalized because of her uncontrolled seizures.

"When I looked into Haleigh's eyes, at that very moment - I'm not trying to spiritualize or dramatize it - but I'm telling you, when I looked at her, it hit me, the question that each of us has to ask: 'What would I do if this were my child?' That set the wheels in motion for me."

"I know, as a parent, that you will do anything that's even remotely available to you to try and help your children. I certainly would have done the same myself had that been an opportunity for me," she said.

Peake's bill, signed into law by Gov. Nathan Deal last month, decriminalizes possession of cannabis oil with a maximum of 5 percent THC, the psychoactive substance in marijuana, provided the oil was obtained legally.

Additionally, the law requires a state registry for patients treated by cannabis oil. Peake said the registry is ready, but hasn't gone "live" yet.

However, there are some Georgia families that have been given temporary registration cards so they can begin treatments with the oil, he said.

The new law also creates a 16-member commission of lawmakers, medical professionals and public safety officials tasked with studying the possibilities for creating an in-state system for manufacturing and selling cannabis oil.

Peake said the commission should be starting its work in the coming months and will present its findings to Deal by the end of the year.

The Civitan groups that organized Wednesday's event are part of Civitan International, the umbrella organization for local volunteer service clubs founded in 1917.

Roswell resident Mary Karras, the charter president for the East Cobb Civitan Club, said the organization has an emphasis on helping those with special needs, so Peake's presentation fit in with Civitan's goals.

Karras, who works at the Marietta branch of Bank of North Georgia, said she thinks Peake's bill is "great legislation." While the issue of medical marijuana is emotional on both sides, she said Peake's bill is narrowly tailored to prevent abuse.

"It's limited use. It's not anything that's going to be abused because it's got too many firewalls attached to it to keep it from getting out of line," Karras said.

"I don't think it's going to affect the criminal aspects of what we're seeing. ... I just hope we don't move towards recreational use. That's a huge concern."

Westenberger said he appreciates that Peake's bill was narrowly tailored in terms of the THC content of the cannabis oil and its possible uses.

Peake's bill did not pass without opposition. Sen. Lindsey Tippins (R-west Cobb) voted against the bill because it clashes with federal law, which considers it illegal to possess cannabis oil.

"We're authorizing the possession that's unproven medically and unverifiable in terms of the content of the product itself," Tippins told the MDJ in March. "And I think it's a very risky proposition - and I made this statement in the well of the Senate - I feel like it's risky any time we establish public policy that we know is by definition illegal by federal law."

Tippins said he understands that there are people suffering, but he said the bill would not prevent federal agencies from attempting to prosecute the patients benefiting from the bill. 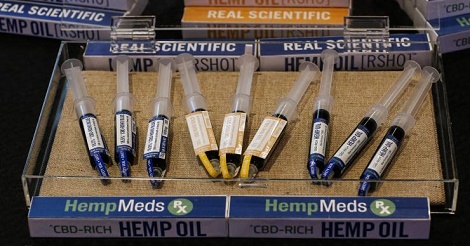 Westenberger said he appreciates that Peake’s bill was narrowly tailored in terms of the THC content of the cannabis oil and its possible uses.

This is a problem. It is so narrow that it will prohibit most legitimate medical uses and a "low content oil" is not what is needed by most. It is a step but a step in the wrong direction. I thought Peake was doing something to help the people of Georgia but it looks more and more as if he is throwing a wrench in the gears to stop what we REALLY need, legalization of a plant.
Come on Georgia, let's get this right. They used children to stop people from complaining (who want's to be against helping children?) but after that, there are very few people who get ANY benefit from this bill and most will stay in the shadows. It is a sad state of affairs.