Getting Medical Marijuana to the People Who Need it

The federal government is promising to create a new and improved system of medical marijuana, but does it have the will to make that system work for patients?

The current system is broken. Patients from around the country — a Saskatchewanian with migraine, a Quebecker with degenerative disc disease, a Nova Scotian with glaucoma — testified in an Ontario court case that they had been trying in vain for years. The court said in April that the system is unconstitutional because patients can't get the medical marijuana that would give them pain relief. The government is appealing that ruling.

Why doesn't the medical-marijuana system work? Partly because a doctor's note is needed, and doctors have largely boycotted the system. And partly because the patients who do obtain a doctor's note need further approval from Health Canada, which has behaved, according to Mr. Justice D.J. Taliano, with a "tight, almost miserly, control." Some applications sat for as long as nine months without approval or rejection. Health Canada says the program was meant for "a small number of persons," but the judge points out that it is a matter of constitutional rights, not a numbers game.

Health Minister Leona Aglukkaq's proposed new system contains at least one big improvement: Health Canada will take itself out of the game. A doctor's note will be enough for a patient to obtain the drug — this time from a licensed commercial grower. Also good: Doctors will be consulted on the wording of that note, or declaration.

Therein lie some potential problems. Will doctors accept a role as the system's gatekeeper? Or should that role be limited to merely writing a note confirming that patient x has a particular condition? Will the government be prepared to accept doctors' legitimate concerns, and will doctors go into consultations with an open mind?

The licensing and regulating of commercial growers may help win over doctors, and even help de-stigmatize marijuana, which would seem to run counter to the government's larger agenda on drugs. But is it necessary to bar patients (or their caregivers) from growing their own supply, if they have found the right strain of the plant for themselves?

When Ms. Aglukkaq announced public consultations on improvements to the medical marijuana system, she stressed the anti-crime agenda — the need to "reduce the risk of abuse and exploitation by criminal elements and keep our children and communities safe," rather than to help sick people. As Paul Lewin, who represented a patient in the court challenge, says, "I think there is a hostility to all things marijuana and they're proud of this hostility. It's a badge of honour they hold up." This anti-marijuana government will need to show resolve to fix the system so it works for patients. 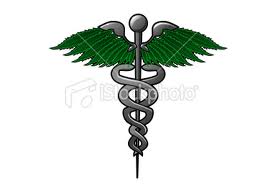 Canadians need to be verry vocal about the new proposed changes they are trying to make pollicy.... the proposed changes will take away a patients right to grow their own meds. they want to liscence comercial growers and force everyone to buy from them..as well ,it would be these comercial growers whom set the price,,,NOW TELL THE POOR PEOPLE ON WELLFARE AND DISABILLITY HOW THEY WILL BE ABLE TO AFFORD THEIR MEDICINE? IS THE CANADIAN HEALTHCARE SYSTEM GOING TO BUY EVERYONES CANIBIS FOR THEM? IS CANADIAN DRUG PLANS GOING TO PAY FOR PPL'S CANIBIS?
GO TO "HEALTH CANADA .CA " AND GIVE THEM YOUR OPINION YOU HAVE UNTILL JULY 31ST TO SEND THEM AN EMAIL ..............
Share
Share this post on Digg
Del.icio.us
Technorati
Facebook
MySpace
Twitter

Canada wouldn't put Howard Stern on there sirius satalite there radio for over a year, I think there will be allot of walls they will have to break down. Seems to me Canda is a very powerful country we there people stand together and are fighting for each others rights and fredoms.
"Faith is the great cop-out, the great excuse to evade the need to think and evaluate evidence. Faith is belief in spite of, even perhaps because of, the lack of evidence." Richard Dawkins
Burmese,Sour Candy and BOOBS
J

I think it would serve most needs if the cannabis laws were more like the moonshine vodka laws in Russia where you can make your own vodka but it is illegal to sell it. If cannabis was to be found growing everywhere, freely, it would have no monetary value thus stopping ALL crime now associated with growing and distributing. Studies have blown away the myth that greater availability causes increased use. POWER TO THE PEOPLE!
C

I agree with jazzcat, you can't sell it if it grows wild everywhere.

But than the governments around the world wouldn't get their cut.There's alot things you can hide when your protecting the children and the public. If there was nothing illegal where would they get money for their agenda.You are not on their list to do something for.
Believe nothing that you hear and only half of what you see.

If I never got busted: I could have been president. Instead I'm just an ordinary crimminal!!)
J

Your point is well taken, however, the revenues would be in the form of money saved.... no more billion dollar budgets for law enforcement (DEA, etc.) and hundreds of millions saved by freeing and pardoning ALL cannabis related offenders in prison.

In 100 years, society will look back on this period of prohibition and conclude that our countries were run by short sighted, money grubbing thieves posing as politicians.
C

jazzcat said:
Your point is well taken, however, the revenues would be in the form of money saved.... no more billion dollar budgets for law enforcement (DEA, etc.) and hundreds of millions saved by freeing and pardoning ALL cannabis related offenders in prison.

In 100 years, society will look back on this period of prohibition and conclude that our countries were run by short sighted, money grubbing thieves posing as politicians.
Click to expand...


I recall Tommy Chong saying something like, you make a ten million dollar movie and it flops someone still made ten million dollars. They know what they're doing. You can only pretend ignorance for so long. These law enforcement and criminal justice entities are making bank off of broken lives. So grow pot everywhere, its time that you sow your massive collection of bag seeds.

Getting Medical Marijuana to the People Who Need it