The growing of industrial hemp ("hemp") in Illinois for research purposes will become legal on January 1, 2015 thanks to Governor Quinn's signing of HB 5085 on August 26th, 2014. This marks the third time hemp legislation has been put before a governor in the state. The two prior attempts were made in 1999 and 2000, but both were vetoed by Governor Ryan. The reason for the 2000 veto was stated to be a lack of private funding of research into the industrial uses of the material.

HB 5085 was a combination effort by Global Hemp, Inc. President, Eric Pollitt, and state representative David Leitch (R-Peoria, IL), and its passage will allow Global Hemp to work with universities located within Illinois to grow and process hemp in the state for the first time since WWII. This legislation works in conjunction with Section 7606 of the Farm Bill that was signed into law in January. The Farm Bill defines hemp as being the non-drug form of cannabis and allows states that have passed hemp legislation to perform research by universities and/or departments of agriculture. The law does not allow farmers to grow hemp.

"Now that this legislation has been signed into law, Global Hemp will finally be able to perform hands-on research with advanced methods of processing fiber. The company is already working with a local university and government agency by producing various types of composites. However, we have not been able to work on processing raw fiber as we need to grow hemp locally in order to do that," said Pollitt. His company sells an assortment of hemp products online and has its own line of cordage. However, its main focus has been on processing hemp for industrial uses.

There are many advanced uses for hemp fiber, though composites and textiles are currently the most economically feasible. It is presently used in automotive composites, where it provides strength and other benefits over fiberglass. Some of hemp's fiber uses are surprising. It's used to produce a type of concrete, as insulation, and textiles.

Pollitt enthused, "The industrial potential of the hemp plant is tremendous. Research and production within the US have been hampered by its miscategorization by the DEA as a form of marijuana. Thankfully the Europeans and Canadians dropped their ban on hemp production 15-20 years ago. We have learned a lot from them. We're excited that this bill has finally passed because we are positioned to take advantage of perhaps the equivalent to the Cotton Gin in new processing technologies. Ironically, this most likely would have not been possible without the prior ban."

About Global Hemp, Inc. Global Hemp was founded in 1996 as an educational service for industrial hemp. The Global Hemp Store is an online retailer that has been open since 2003. Global Hemp Cord is a popular choice for crafting. Global Hemp is focused on processing of fiber for composite and textile applications. 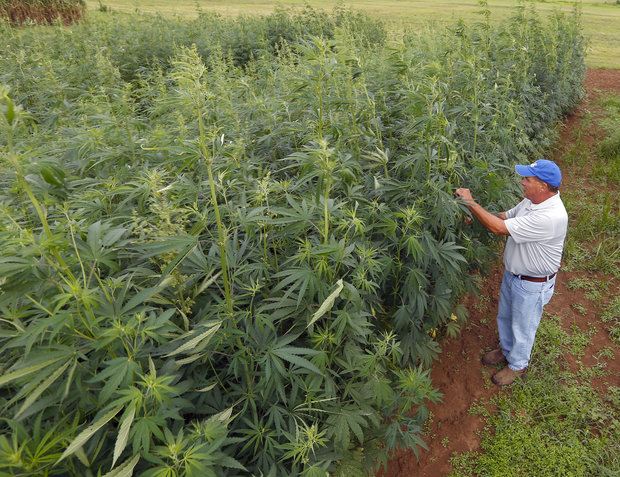