Champions of the of the medical marijuana movement are wary that municipalities in Fairfield County's Gold Coast, where Republicans hold most of the top offices, won't nurture the controversial businesses.

Some suspect opponents will utilize zoning laws and red tape to keep growers and dispensaries at bay when Connecticut is declared open for business to the burgeoning industry, which is expected sometime in late 2013.

"I think there may be some municipalities out there who are going to put fear and innuendo ahead of what is best for their local economy," said Erik Williams, executive director of Connecticut chapter of the National Organization for the Reform of Marijuana Laws.

Connecticut joined 16 other states in May to legalize the use of marijuana by adults who are suffering from debilitating diseases or medical conditions such as cancer, multiple sclerosis, Parkinson's, HIV, AIDS, epilepsy and spinal cord injuries.

The state Department of Consumer Protection must first develop regulations for the distribution of medical marijuana, a process that requires a public hearing and sign-offs by the state attorney general and a screening committee of the General Assembly.

"I do know of persons who have expressed interest in getting into Norwalk and Stamford," Williams said of would-be distributors. "As far as Greenwich, I have heard talk, but not from anybody who has sort of moved their business forward to where it's a reality."

None of the chief elected officials of those three municipalities gave anything close to their blessing.

"Whatever the law provides for, I would expect we would have to uphold and abide by, irrespective of personal opinions about it," said Peter Tesei, the Republican first selectman of Greenwich. "The law's the law."

"It is legal for certain individuals, residents of Connecticut 18 or older, to possess some quantities of marijuana for palliative use who have been diagnosed by a physician as having a debilitating medical condition," Jankowski said. "Consumer Protection will issue licenses to producers and dispensaries. However, because federal law still prohibits possession and use of marijuana, there are many questions that need to resolved regarding producing and dispensing medical marijuana."

Stamford will take its cue from the state, according to Jankowski.

"We are awaiting guidance from our state legislators," he said. "The Stamford Police Department will continue to enforce the law."

Norwalk Mayor Richard Moccia, a Republican who is said to be skittish over growers and dispensaries flocking to his city, declined to comment on the matter.

At a meeting in the fall of the Connecticut chapter of the American Planning Association, an entire seminar was dedicated to the siting of medical marijuana growers and dispensaries.

Among those in attendance was Diane Fox, the town planner of Greenwich, who said the state needs to get its act together on where it will permit the facilities to operate.

"We're in a Catch-22 here," Fox said. "Most of us felt very frustrated. There's going to be a lack of consistency."

Fox said she has not been approached by prospective growers or dispensaries about opening in Greenwich or anyone opposed to those businesses.

"We've been talking among staff that maybe the hospital is the best location," Fox said, emphasizing that those conversations were quite preliminary.

Fox said there could be push-back from the community over planned facilities, which she acknowledged would be confined to certain building zones in town.

"Stamford has a methadone clinic," Fox said. "If you don't have anything like that, then what do you do? That's the other thing too, who actually dispenses this?"

William Rubenstein, the state's consumer protection commissioner, said the law requires dispensaries to be run by a licensed pharmacist who would not necessarily be precluded from having an existing pharmacy business.

"Since the law was enacted at the end of May, we've had probably a few dozen inquiries of different kinds for dispensaries or growers," Rubenstein said. "We're trying to learn a lot about what it takes to produce the product and dispense it."

The Department of Consumer Protection must develop the regulations by July 1, though Rubenstein expects them to be presented early in the year.

Under the new law, there will be three to 10 producers that will pay $25,000 fees to grow marijuana and send it to dispensaries.

Frank Farricker, a former member of the Planning and Zoning Commission of Greenwich and current Democratic Town Committee chairman, said he has been approached by several groups and organizations interested in opening dispensaries in lower Fairfield County.

"The most critical issues towards having a dispensary in certain towns will be the conformity with zoning laws," Farricker said. "It is likely that more restrictive medical zoning will be applied, making it very hard to find an appropriate location."

In Greenwich, Farricker envisioned that a shortage of parking could be used as a deal-breaker.

The ratio of parking spaces to employees required for medical facilities in town is 5-to-1, for example.

"I just really don't see the likelihood of a dispensary opening in Greenwich," Farricker said.

Williams, an authority on marijuana laws, said Simsbury and Southington have explored and, in some cases, enacted zoning restrictions on dispensaries.

"Frankly, it was insulting the way that Southington took this on to try to classify medical marijuana dispensaries as adult-oriented businesses," Williams said.

Citing federal drug laws and a desire to protect the youth of its community, Southington will confine dispensaries to industrial zones, a minimum of 1,000 feet from schools, parks, playgrounds and libraries.

Williams lamented the barriers some communities are putting into place, saying a number of ancillary businesses such as heating and ventilation contractors will generate income from the building of dispensaries and greenhouses.

"There's overwhelming support for medical marijuana in a well-regulated system in Connecticut," he said. 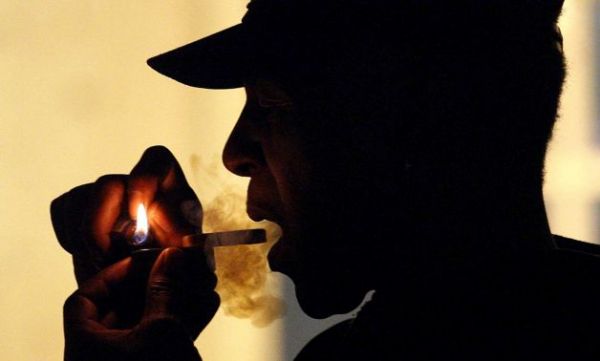