A Republican senator from a state where marijuana is legal is pushing this week to give cannabis businesses a measure of tax fairness.

Sen. Cory Gardner of Colorado wants to attach an amendment to a wide-ranging Republican-led tax reform bill that would allow state-legal marijuana growers, processors and sellers to deduct normal businesses expenses from their taxes, just like operators in other industries can.

Under current federal law, a 1980s provision – known as 280E – effectively forces cannabis businesses to pay a much higher tax rate than other companies.

The statute was originally intended to stop drug cartel leaders from writing off yachts and expensive cars, but today its language means that that growers, processors and sellers of marijuana – which is still a Schedule I substance under federal law – can't take business expense deductions that are available to operators in other sectors.

As a result, cannabis businesses often pay an effective tax rate upwards of 65-75 percent, compared with a normal rate of around 15-30 percent.

Gardner's press secretary said in an email that "he plans to file an amendment" to the broader tax legislation this week to include a 280E fix so that the provision no longer applies to marijuana businesses that operate in accordance with state or local laws.

The senator also cosponsored a standalone bill to reform the provision this month.

Marijuana businesses and their supporters failed to attach 280E reform language to the House version of the tax legislation this month. In that chamber, the Rules Committee blocked floor consideration of an amendment on the issue two weeks ago.

"When Congress passed 280E, they never envisioned an industry like ours meant to take ill-gotten gains from drug dealers," Neal Levine, chairman of the New Federalism Fund, said in an interview. "The provision is misapplied to our industry. It's actually helping the drug cartels it was meant to hurt," he said, referring to the fact that extra taxes force legal providers to keep prices artificially high such that they sometimes can't compete with the illegal market.

Levine's group and others have been working to convince members of Congress to reform the provision, emphasizing that it's not a pro-marijuana idea.

"Our industry is actually the only folks who have been able to take market share from the drug cartels," he said.

Gardner mentioned the plan to attach the amendment to the tax bill to a Bloomberg reporter earlier this week.

The tax bill is currently on the Senate floor, and leaders are aiming to pass it before they go home for the weekend.

Even if 280E language is adopted on the Senate floor, in order to be enacted into law it will have to a survive a bicameral conference committee that merges the chamber's bill with the House version that does not contain the provision.

In other financial legislative news of interest to the cannabis industry, House leaders also prevented consideration of an amendment to allow marijuana businesses to access banks this month. 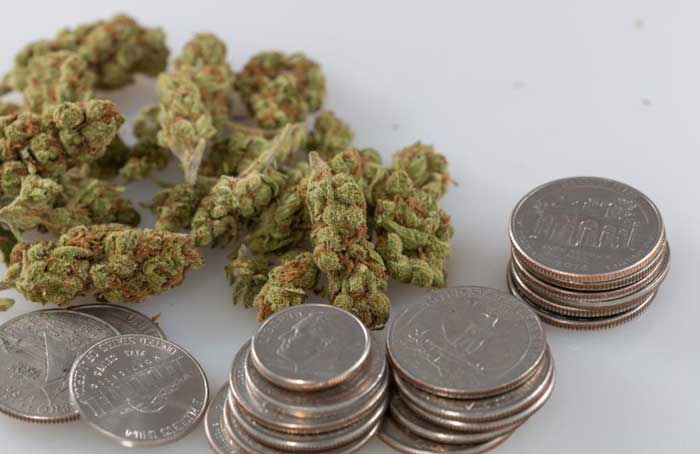 Mar 18, 2014
The General
T
K
How Marijuana Companies Are Fighting The IRS