When you were younger you probably heard of teenagers getting fooled into buying ziplock bags of scrunched-up oregano, thinking it was marijuana. While pranking teens tends to be pretty easy, is the government just as gullible? Many people questioning the quality of marijuana research findings are wondering that very thing, after a new report from the Washington Post revealed that government marijuana looks nothing like marijuana you'd find on the streets.

According to the Post, researchers have been required to use marijuana provided by the federal government ever since the 1960s. As it turns out, all federal marijuana is grown at a single facility at the University of Mississippi, overseen by the National Institute on Drug Abuse (NIDA). But the marijuana made at this lab looks drastically different from the stuff you'd buy from a local dealer or dispensary.

While weed comes in different colors, densities, and shapes, it's easy to notice the differences between the commercial weed and the government marijuana by looking at the side-by-side comparisons. The image on the left looks like the real deal, while the image on the right resembles something closer to dried rosemary or grass clippings than actual marijuana.

"In two decades of smoking weed, I've never seen anything that looks like that," said Jake Browne, a cannabis critic for the Denver Post's Cannabist marijuana news site. "People typically smoke the flower of the plant, but here you can clearly see stems and leaves in there as well, parts that should be discarded. Inhaling that would be like eating an apple, including the seeds inside it and the branch it grew on."

But it isn't just the weed's appearance that is different.

The potency of government marijuana typically maxes out at about 13 percent THC, but some reports put that number much lower. By comparison, commercial weed available in Colorado averages at about 19 percent THC, according to a laboratory that tests commercial marijuana in the state.

"It's akin to investigating the effects of bourbon by giving people Bud Light," wrote the Post.

Last summer the DEA formally took steps to end the monopoly on the production of research grade marijuana, but so far, no other producers have been approved.

The founding director of the Multidisciplinary Association for Psychedelic Studies, Rick Doblin, contends that the marijuana being used for research isn't all bad. "[NIDA's] marijuana is fine if you want to do academic research," Doblin said.

Right now marijuana research is in high demand, as states look to cannabis studies for guidance while weighing the pros and cons of legalizing marijuana for medical or recreational purposes. But in order to ensure the credibility of this research, the government may want to look into providing researchers marijuana that real people would actually want to smoke. 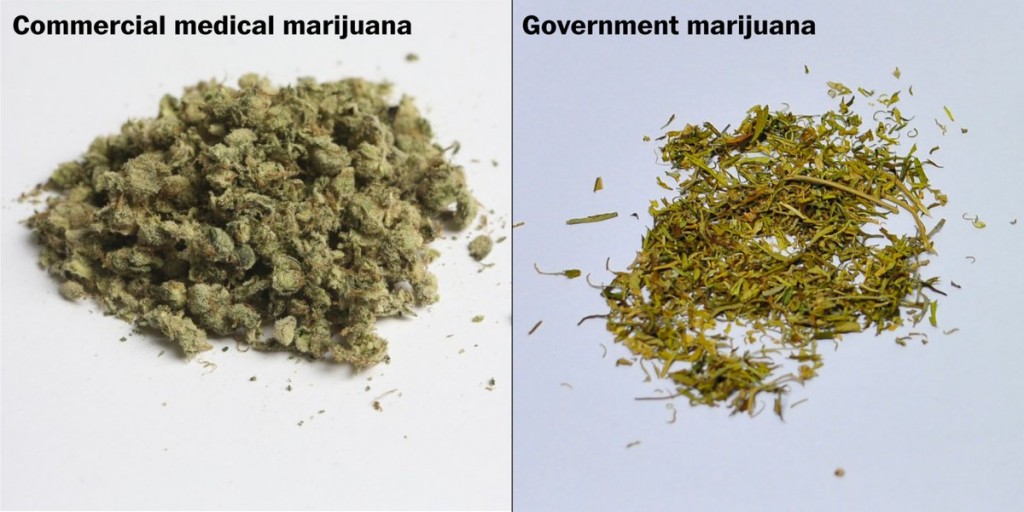 The DEA has been correct all this time!
The mulch used in the studies has Zero medical benefits.

Are they really this clueless?
SweetSue’s Threads: Organized for easy reference
Opioid Tapering With Cannabis - A Regimen