Governor's Race Could Decide Future Of Medical Marijuana In Pennsylvania

"I do not support the legalization of marijuana for recreational purposes," Republican Governor Tom Corbett said in the Oct. 8 debate , largely avoiding the issue of medical marijuana. "It is a gateway drug that creates all of the drug problems that we are seeing in Pennsylvania and the United States." "We need to legalize medical marijuana immediately," Democratic candidate Tom Wolf responded. However, he stopped short of supporting completely legalizing marijuana. "I think we ought to see what happens in places like Colorado and Washington before we decide to go any further with the legalization of recreational marijuana, however."

Medical marijuana was debated on Oct. 8 – the first time the issue was ever raised in a Pennsylvania gubernatorial debate – in response to the Compassionate Use of Medical Cannabis Act, which passed the state Senate 43-7 on Sept. 24 . The bill would legalize medical marijuana in the form of oils, edibles and ointments , but would not legalize smoking marijuana for medical purposes . "Medical cannabis is absolutely crucial to a countless number of people in Pennsylvania – veterans that have PTSD, kids that have seizure disorders, cancer patients, HIV/AIDS patients," said Steven Hoenstine , director of communications and deputy director of legislative affairs for state Sen. Daylin Leach (D-Montgomery) , a co-sponsor of the senate bill.

"People continue to see that this is something that is necessary and needed immediately, and that every day, we wait more people suffer," Hoenstine added. "Whether or not the trend has an effect on the election, I'll leave that up to the pundits." The bill faces a tougher challenge in the Republican-controlled state House of Representatives. The House Judiciary and Health committees have indicated that they will be holding hearings on the proposed legislation before the bill goes to a vote, but House leadership has not set up any specific timetable for those hearings.

Beyond issues regarding drug policy, Pennsylvania voters remain dissatisfied with Corbett heading into the final month of the campaign. In a Mercyhurst Center for Applied Politics poll from Sept. 24, 31 percent of Pennsylvanians said they approve of his job performance, while 51 percent disapprove . According to a New York Times/CBS News/YouGov poll earlier this month, Wolf leads Corbett by 9 percentage points .

As changes to state and local marijuana laws are being considered and enacted around the country, Penn's Code of Student Conduct will continue to prohibit the use of any illegal drugs on campus. Since the use of marijuana remains a federal crime, it is unlikely that Penn will allow usage on campus, regardless of whether Pennsylvania's medical marijuana bill becomes law. 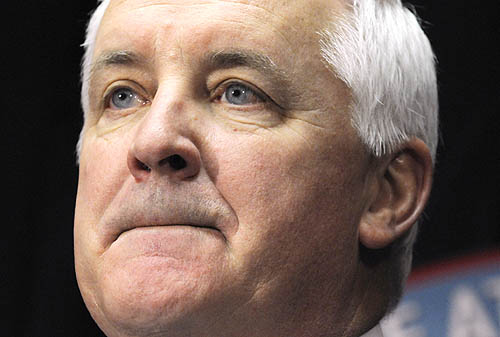