Well, folks, I have plants a few weeks from harvest and I like the way they look and want to show 'em off, so here I am with another journal!

For starters, let me do the intro thing.

I'm running a mix of plants in the bloom room this time. I'm running 6 gallon pots for a full bloom and 3 gallon pots with a shorter veg. It worked fairly well last fall, so I'm trying it again. That lets me squeeze five 6's and eight 3s into the 4x4, for a total of 13 plants. The quick ones yield about 20 grams each and the 6 gallon pots get me 2-3 ounces. So far, the small pots are underperforming for their space, but I get to have a bunch of variety, and test out strains that I wouldn't have reserved the space for otherwise.

The Bubba will be ready first, in a week or two, followed by Carnival, DC2 (purple calyxes

I also have clones for Bubba Hash, Carn1, SSSDH and DC3, and two-week old seedlings for the next batch.

So I'll have to cull a few.

I've insulated my bloom room and lined the walls with dimpled white shower paneling, and swapped out all the blurples for DIY Samsung panels. I now have absolutely no issue with heat.

We've had some hot humid days, and the ambient air has gotten into the high 70s which always used to cause my room to get into the high 80s. Now it easily stays under 85. I also did the veg space in Samsung panels and it's performing very well. Love the panels, love the quality of the light!

You'll have to wait until tomorrow for pics, but I wanted to get the journal started before I put it off again. I just mixed up another batch of soil today, and my schedule runs into January so far - gonna be around for awhile.

nice nice! I'll be in on this one.

I have 800W of Samsung growmau5 pucks.. arent they nice? check my link lol
my room doesn't get above 77 lol. took out my ac completely hahah
-cheers
I LOVE ROSIN!
NEW! Lemon Cheesecake & Gelato Cookies NEW!

only seen your grows in passing mr.G hope you don't mind me hitting front row for this one...
The Quadsquad Thread, A Community For Quadlining

A Stoorish Hobbit and his Lair

Where did you get your Malawi from?
The Green Hole - my first journal- completed
The Hexapus's Garden - my second journal -completed
Weasel Forges Ahead -current
Z

Good morning Greytail if you don't mind I'd like to sit in on this also. Looking forward to the pictures. Nice lineup you have. Did I read this right you picked up seeds from Jamaica?

The Malawi is a fem from Ace, courtesy of another 420 member, and yep, the Jamaican is from a particularly nice bag that NematodeNate got near the end of the week.

Be back in awhile with pics ...

First, here's Bubba Hash, due for harvest in a couple weeks. This is a cut of the original Ace cross, courtesy of another 420 member. I see they've released another batch, due to high appreciation and demand, so it's available again for those who want to try it. It's been a breeze to grow, shiny and healthy all the way. 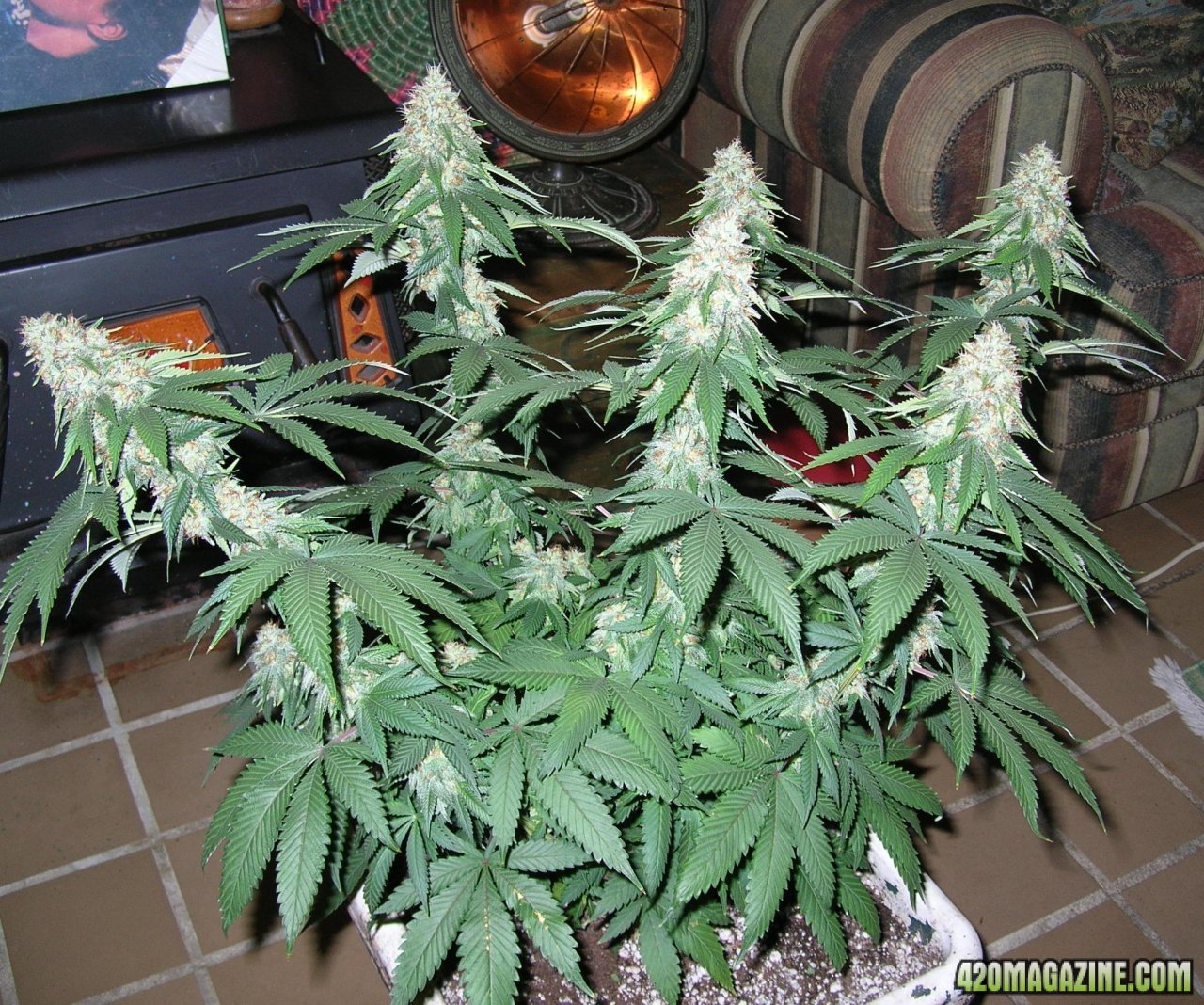 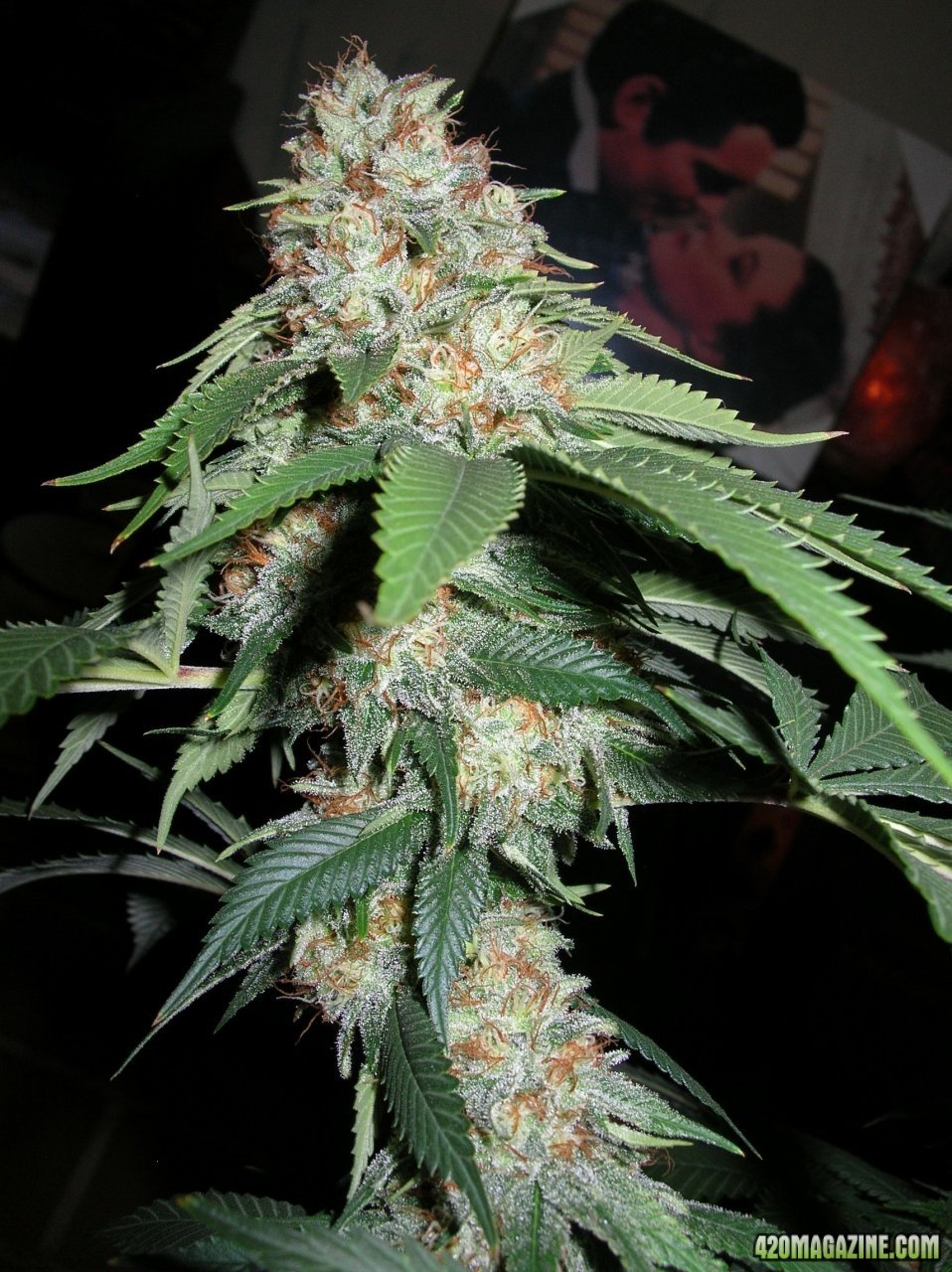 Also from another member, Devils Carnival, bred by Nismo and Canna. It's an F2 cross between Carnival and Dark Devil Auto, and it keeps much of the energetic high from Carnival, combined with a variety of tangy fruit flavors. I've run two of these previously, one of which had an amazing Key Lime Pie flavor 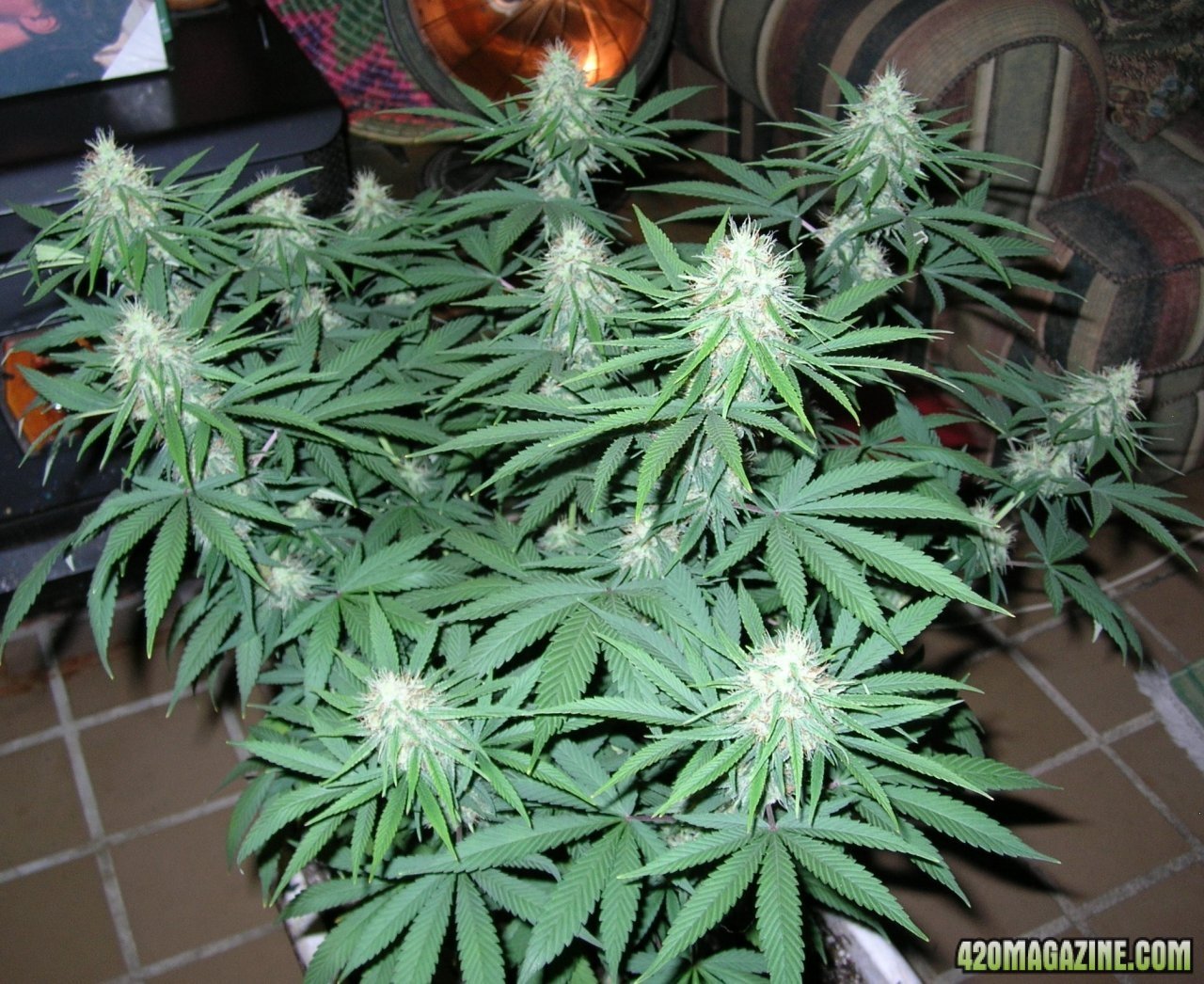 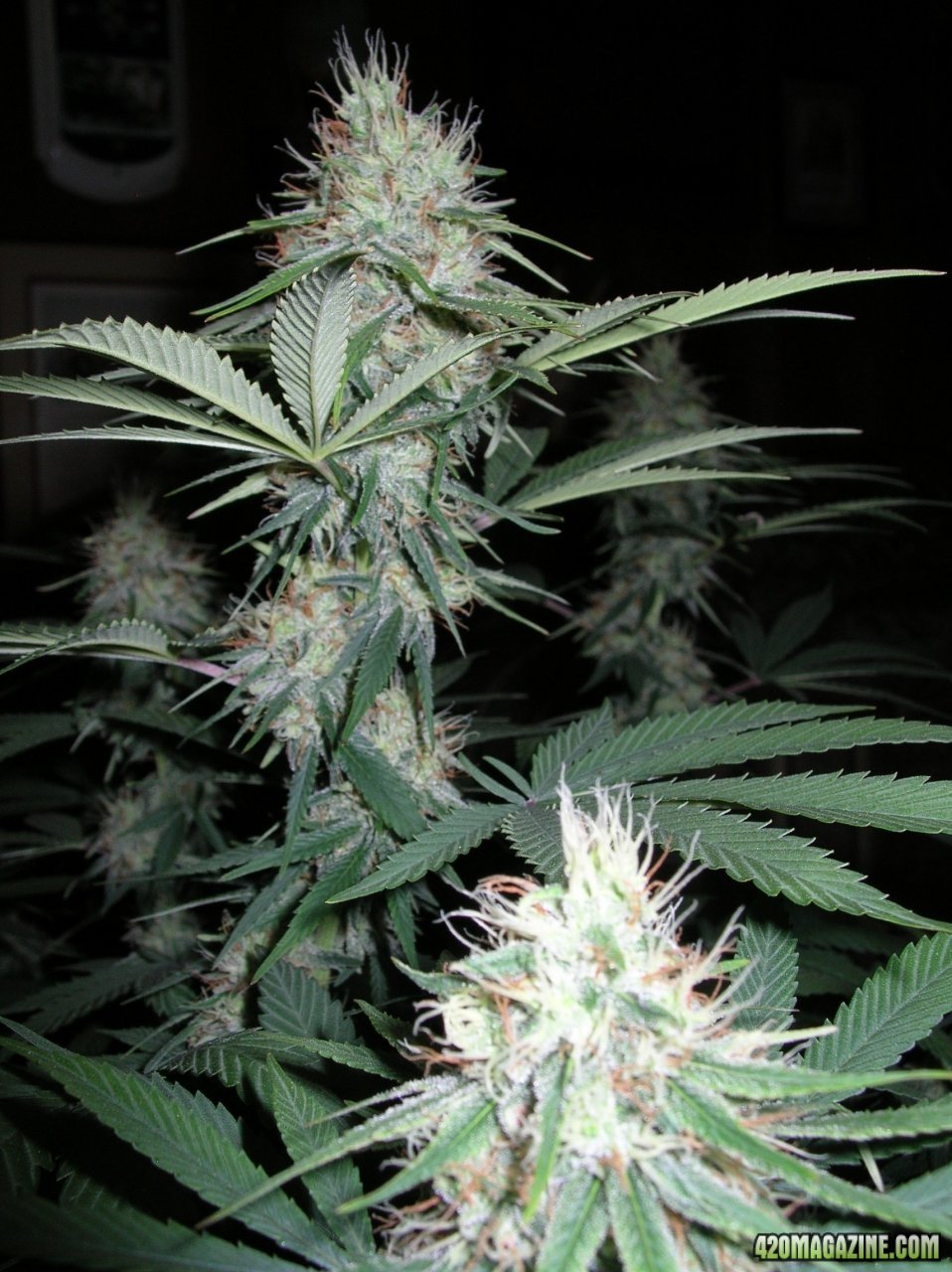 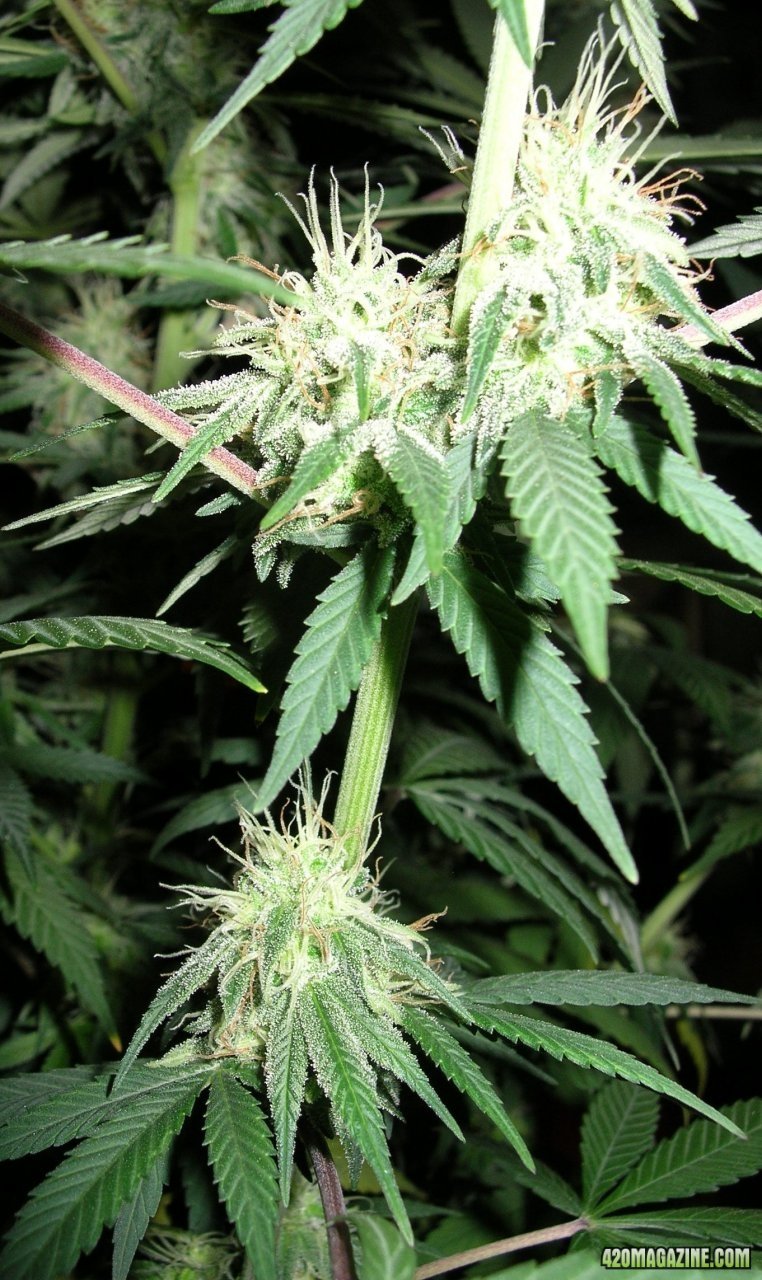 This is Purple Orange CBD, a very colorful, high CBD strain. I don't know what to expect but I wanted some high CBD herb and this one looked good. 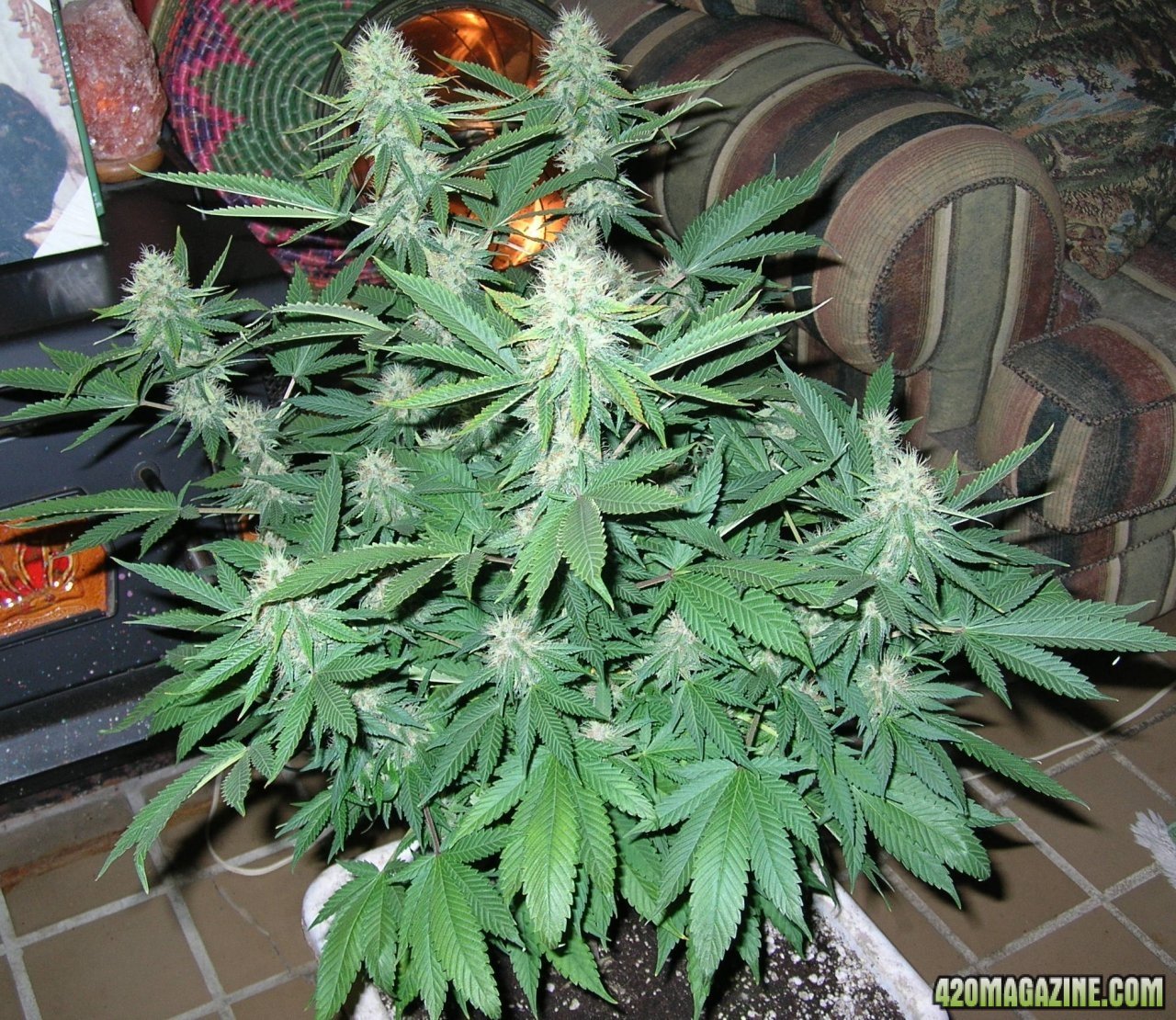 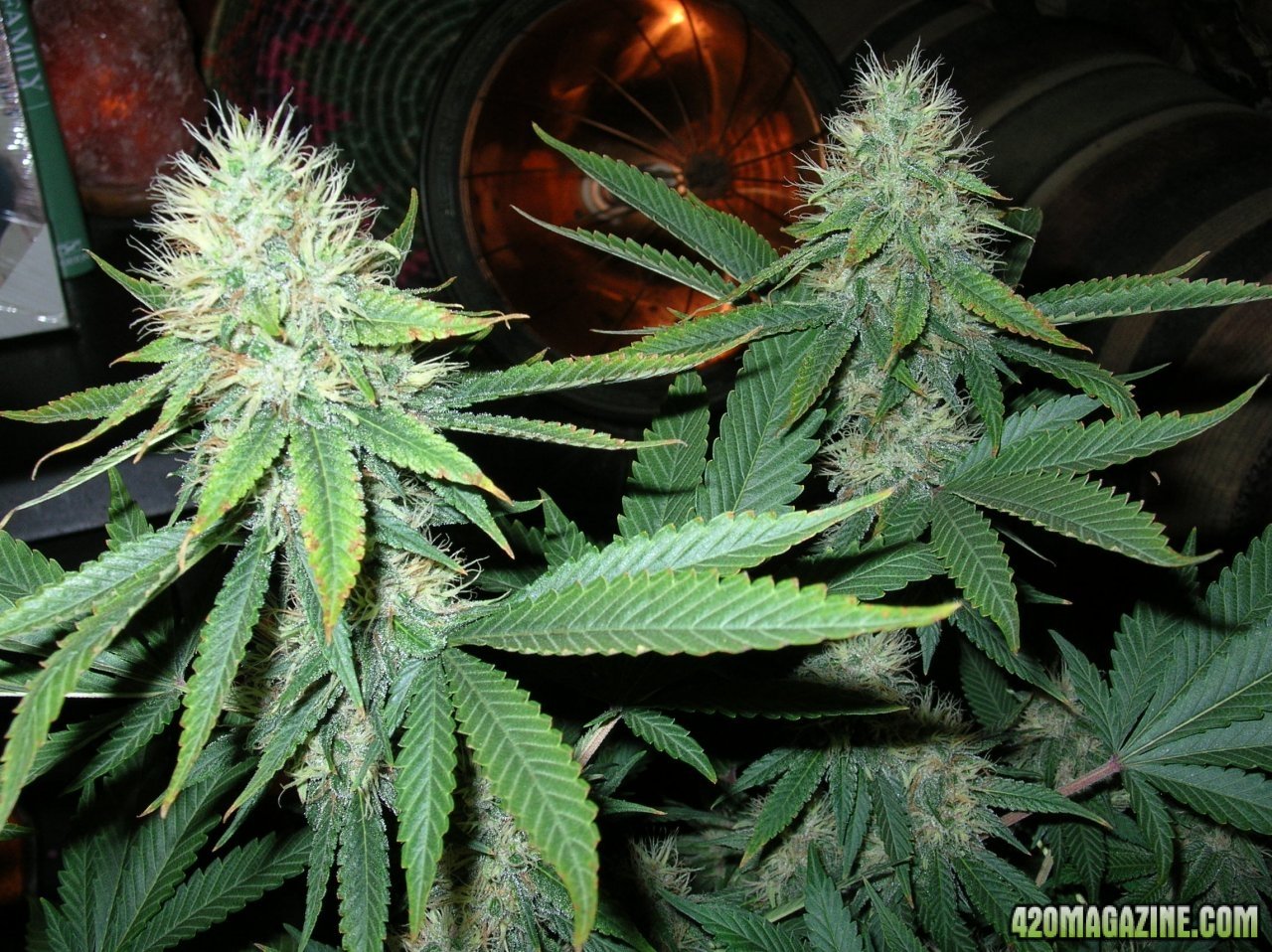 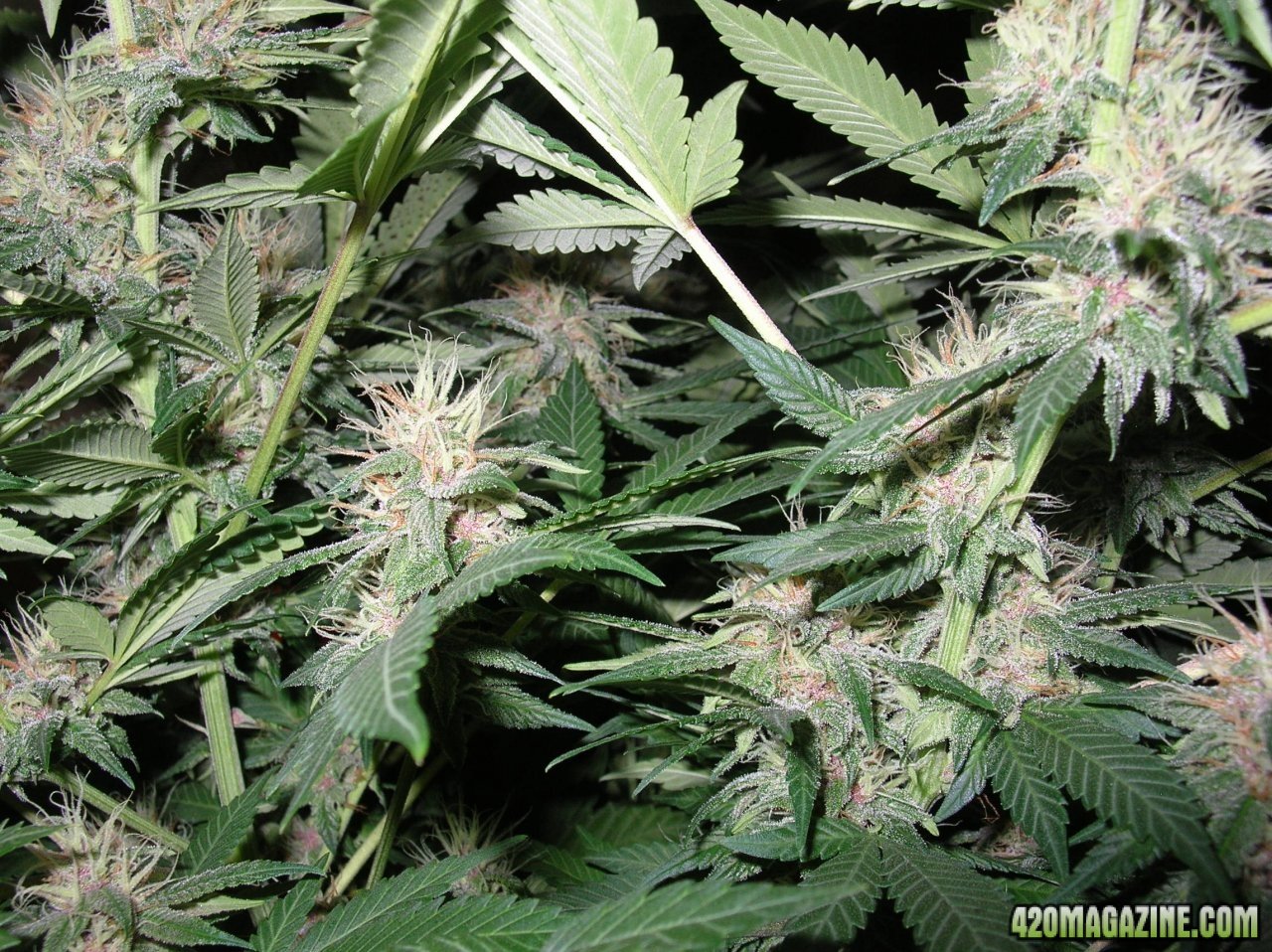 Carnival. Sheesh, it's been a year or more since I had any of my favorite strain, and this one looks like my favorite pheno, too, nice and tall and sturdy. I can hardly wait! 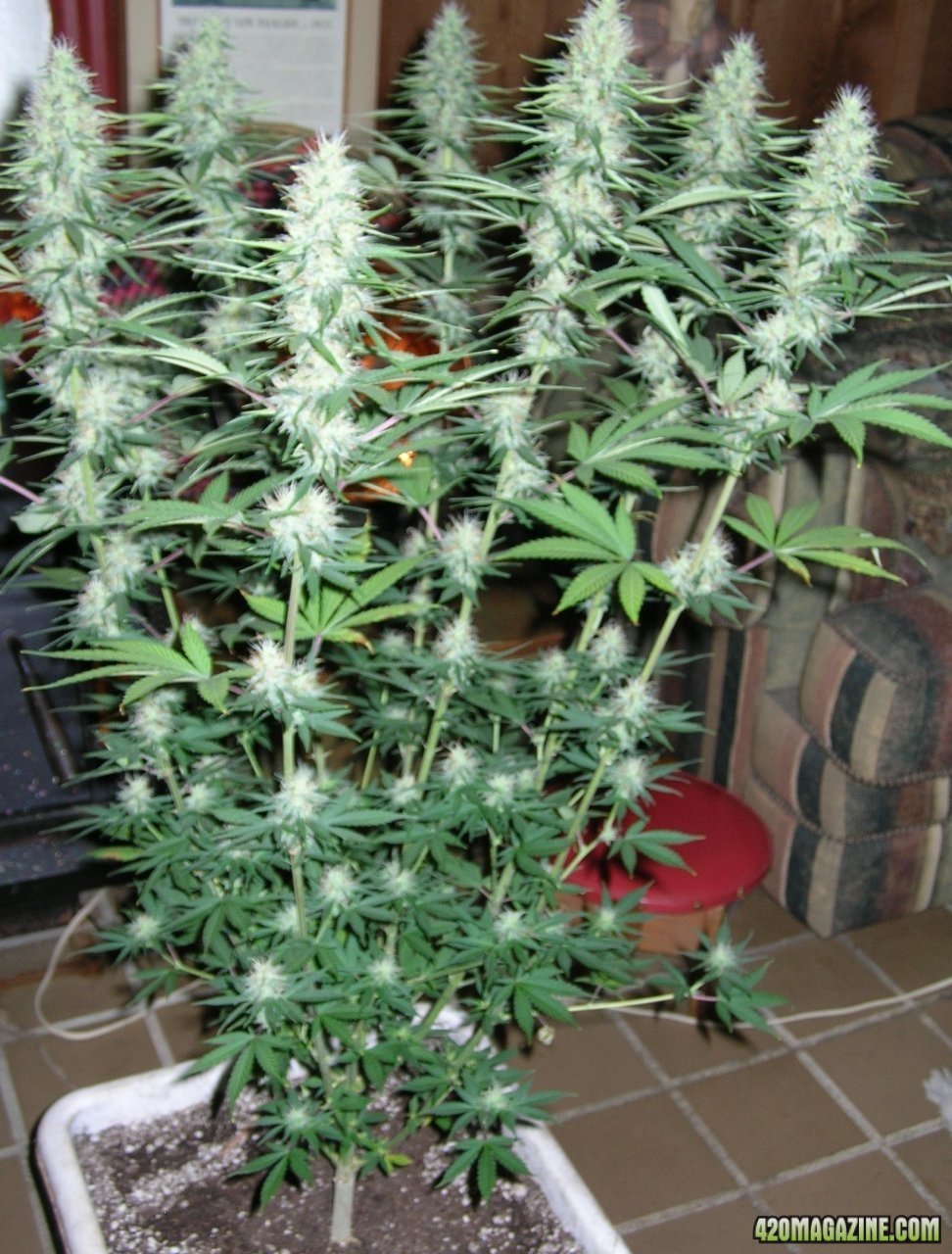 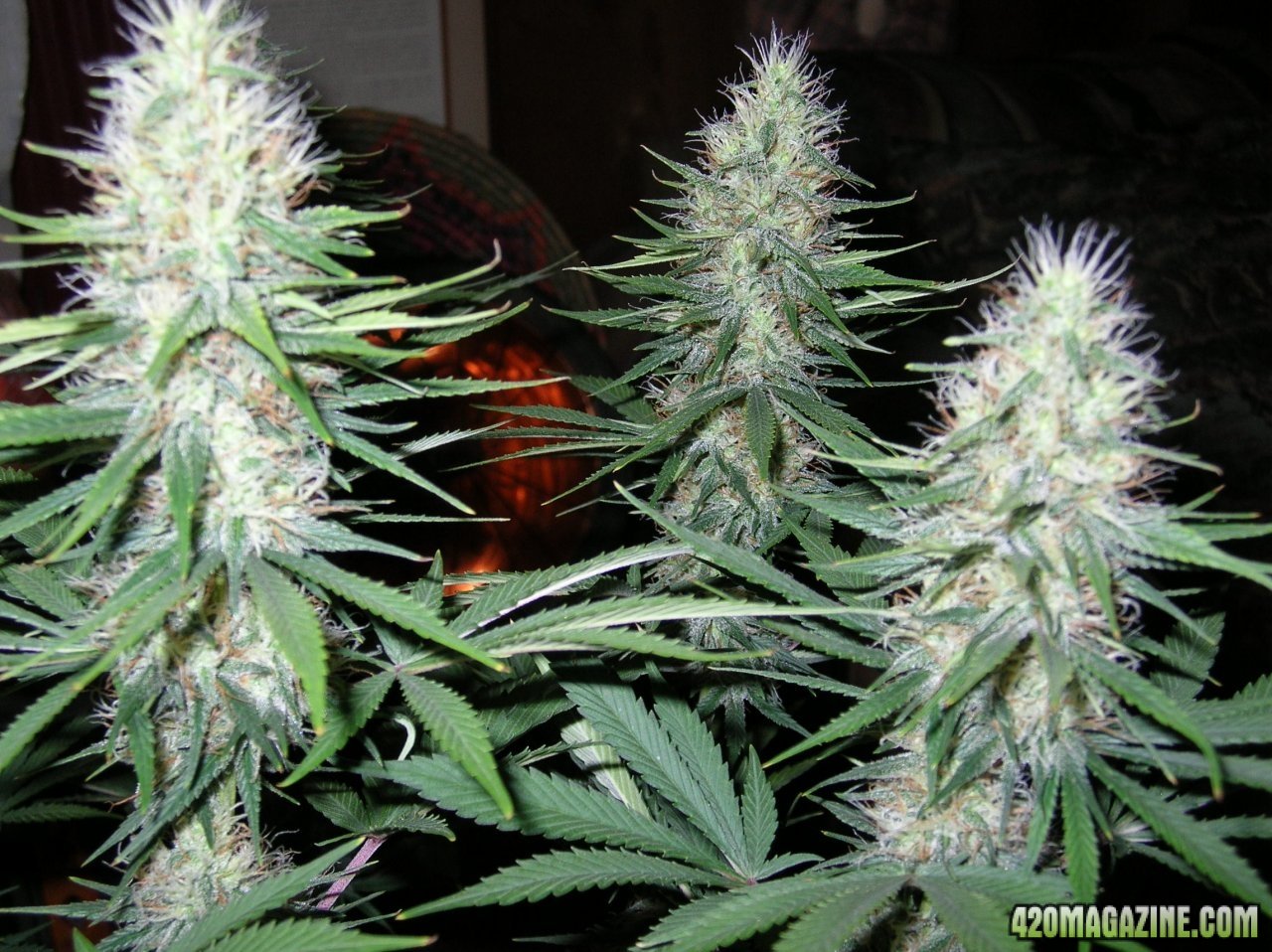 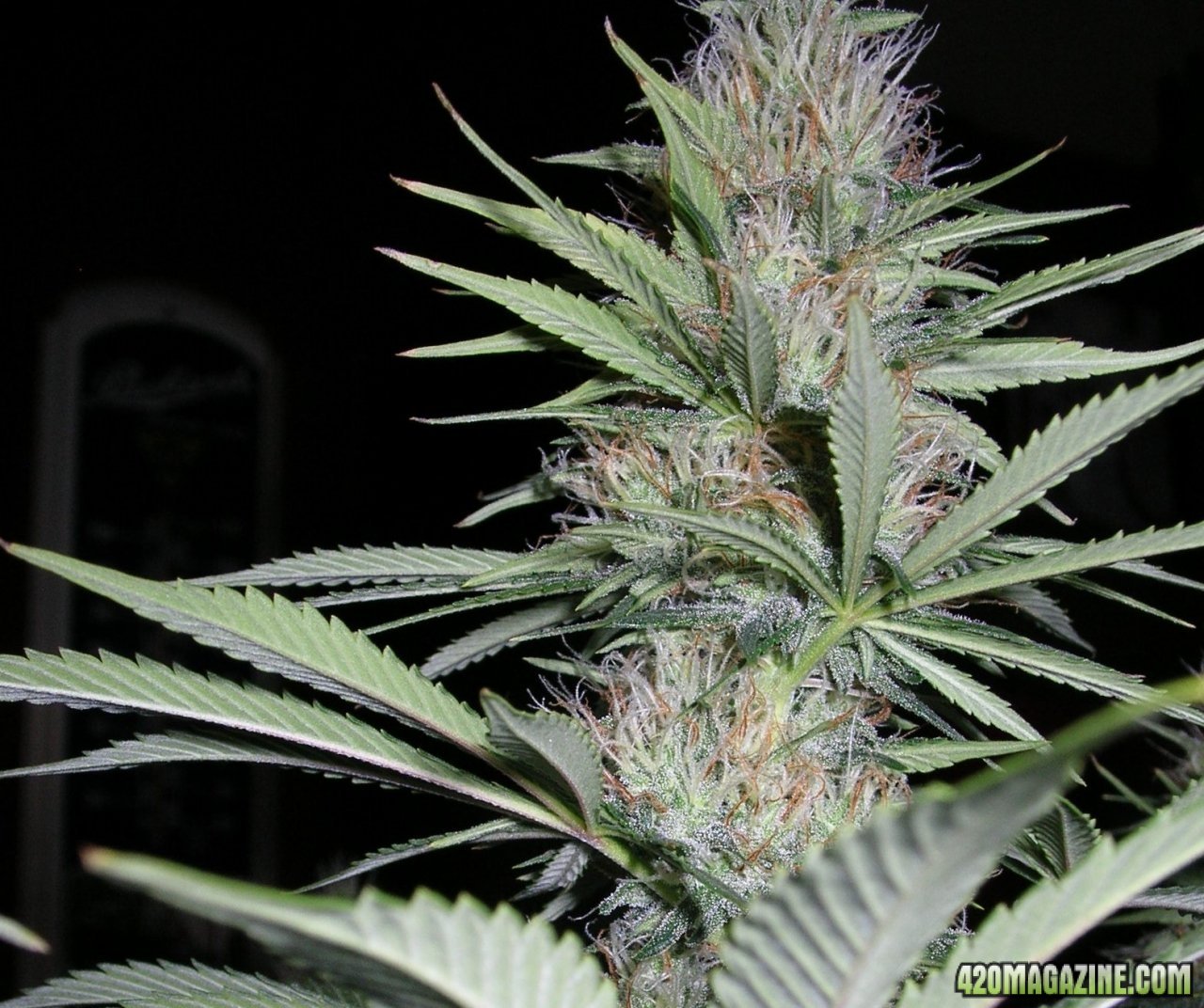 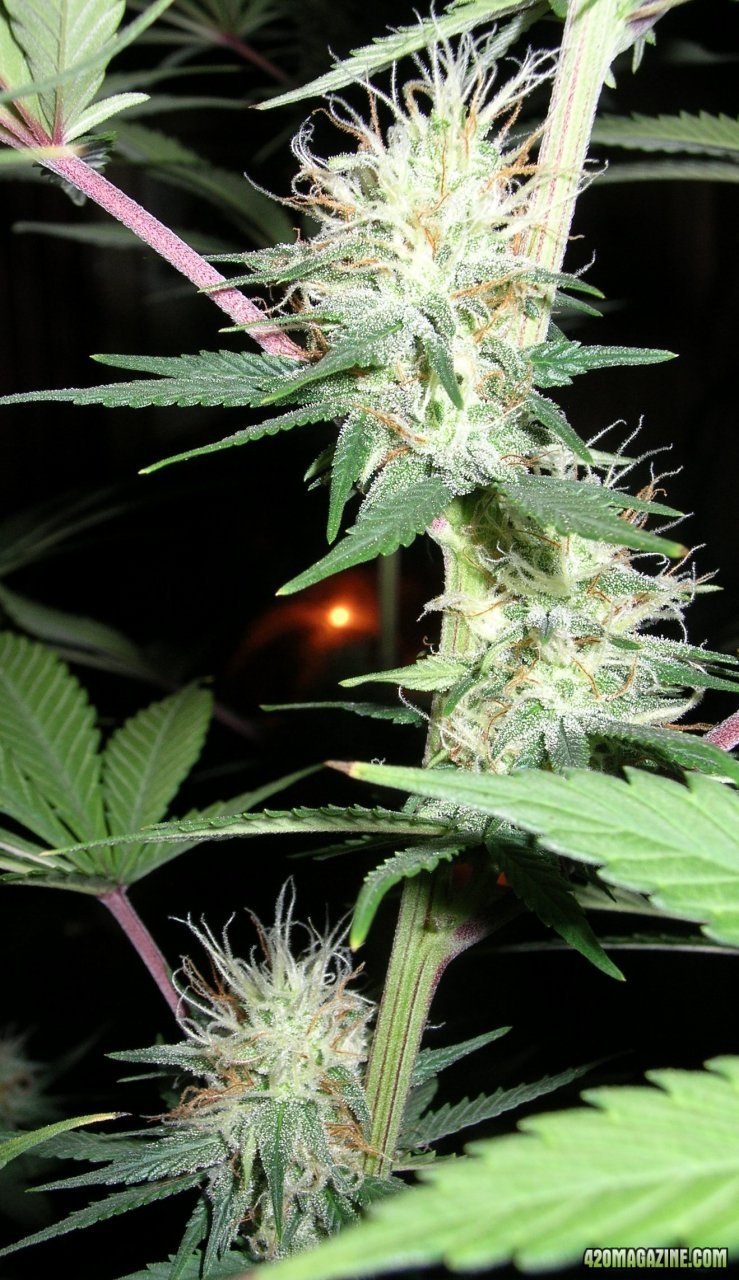 This is Super Silver Sour Diesel Haze. Apparently I got a SSH leaner. *Sigh* I took a clone but I'm not going to continue with it after that unless it's great smoke. I'd rather have a more hybrid leaning habit - tired of the fluffies. 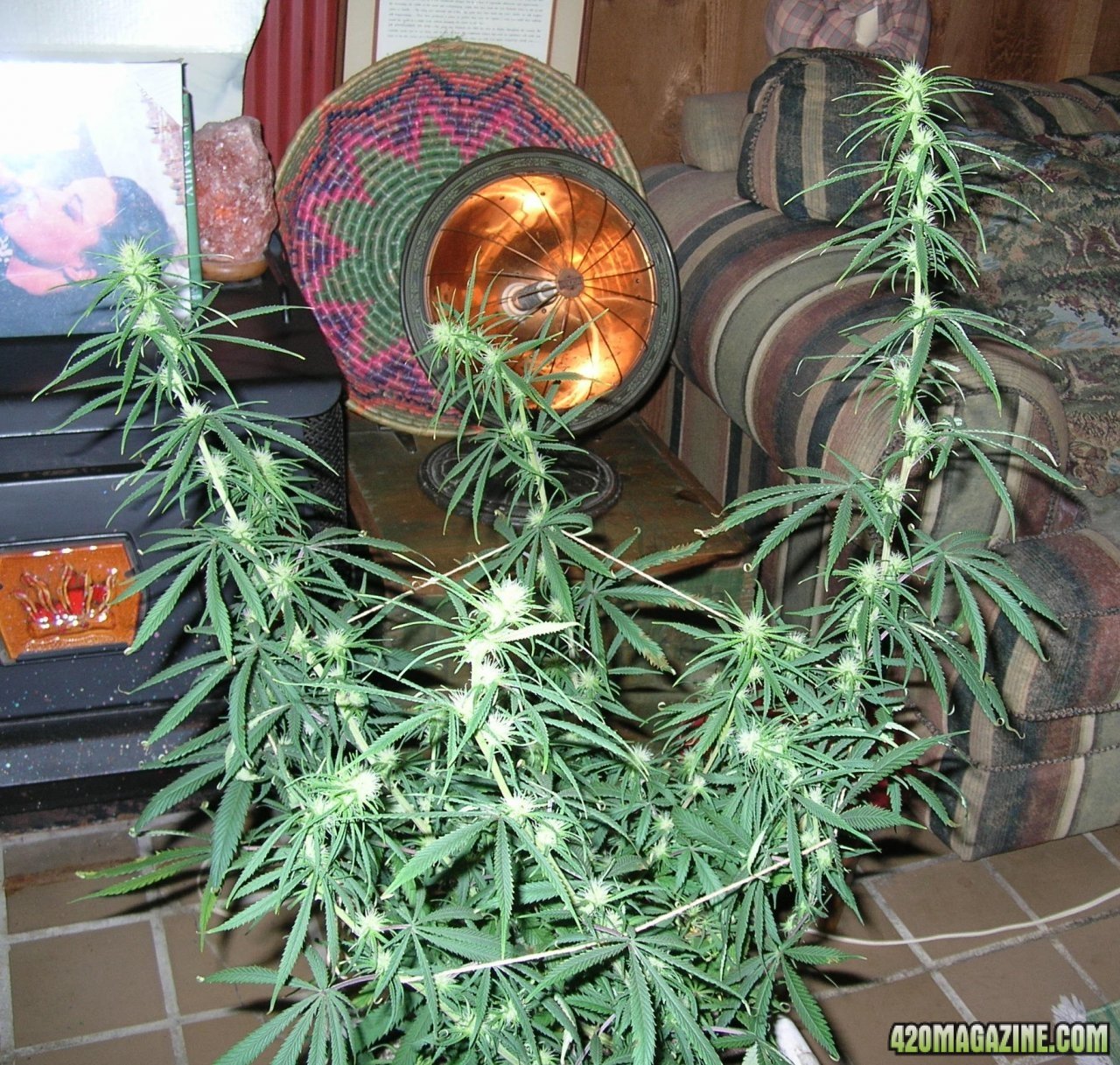 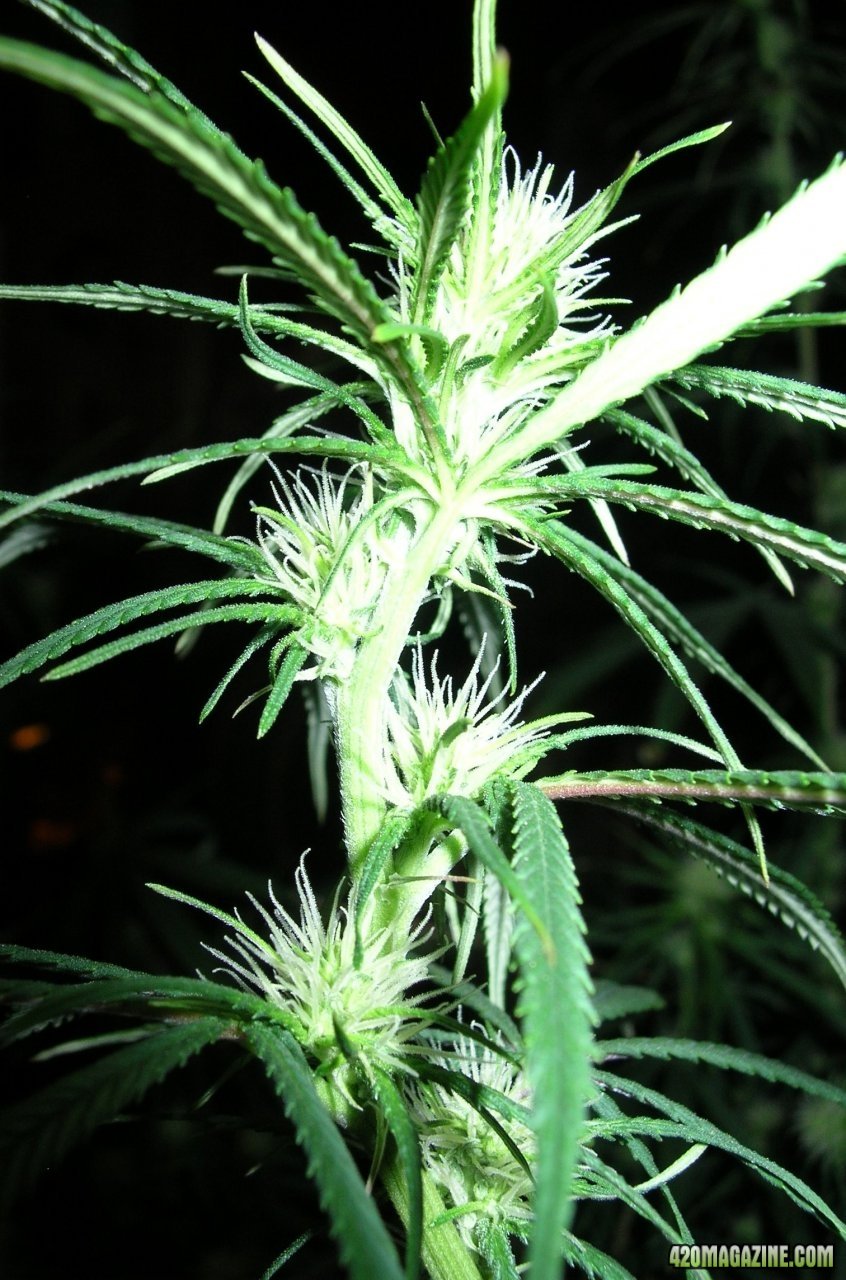 My Samsung panels. These are QB304 knockoffs running at 50 watts each - extremely efficient!

According to my calculations, I'm getting 195 Lu/W at the boards and 180 at the wall. 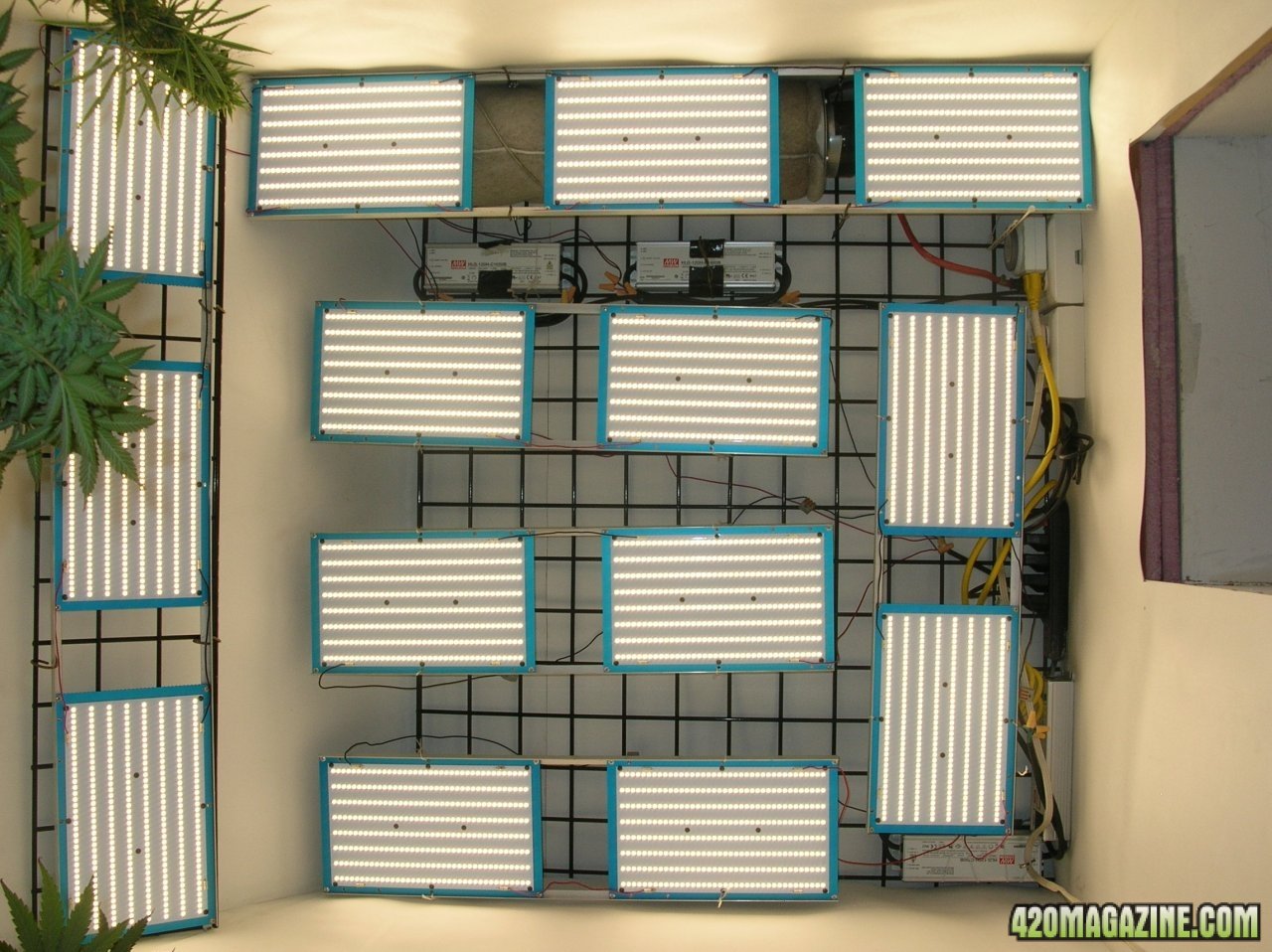 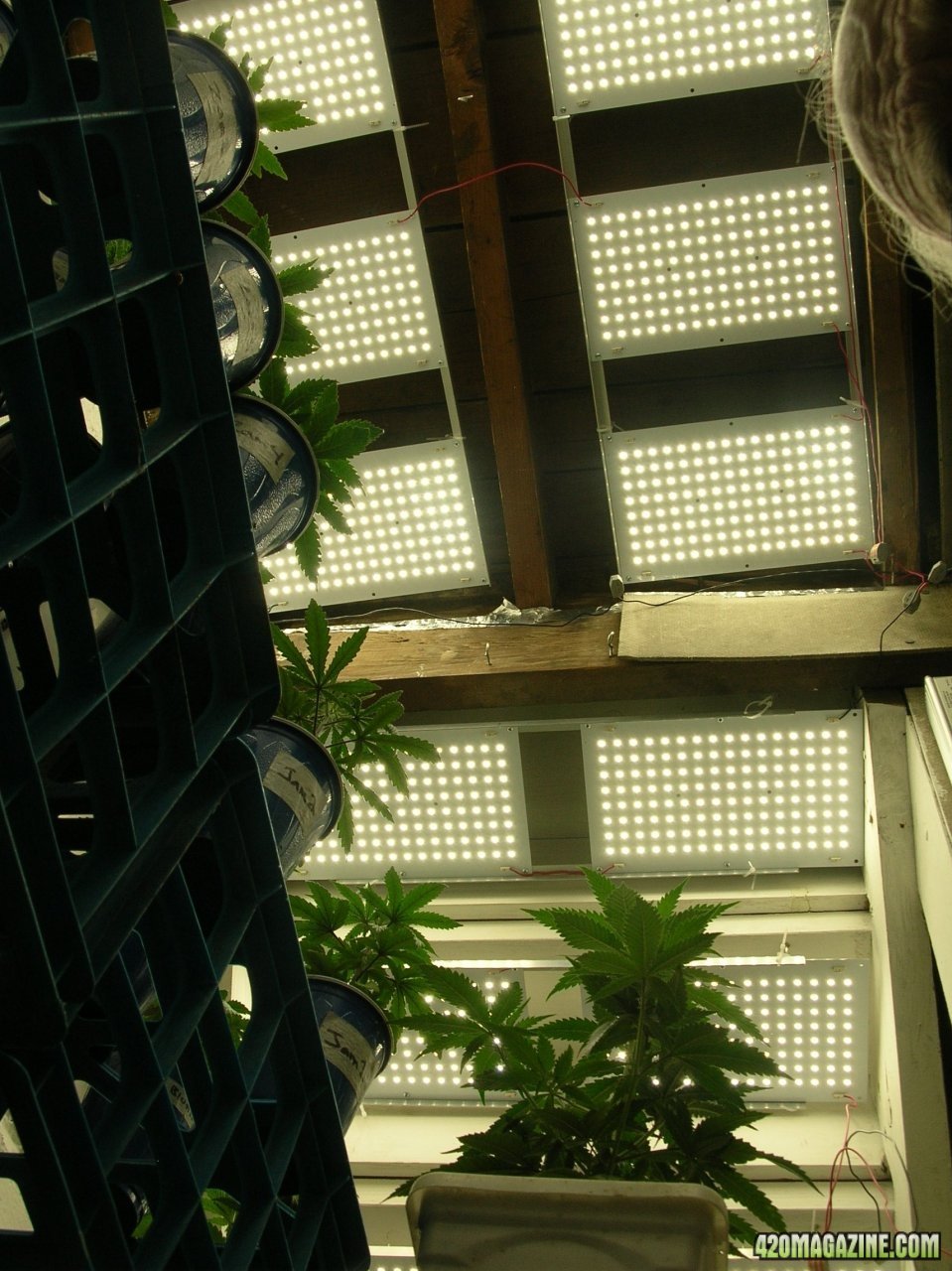 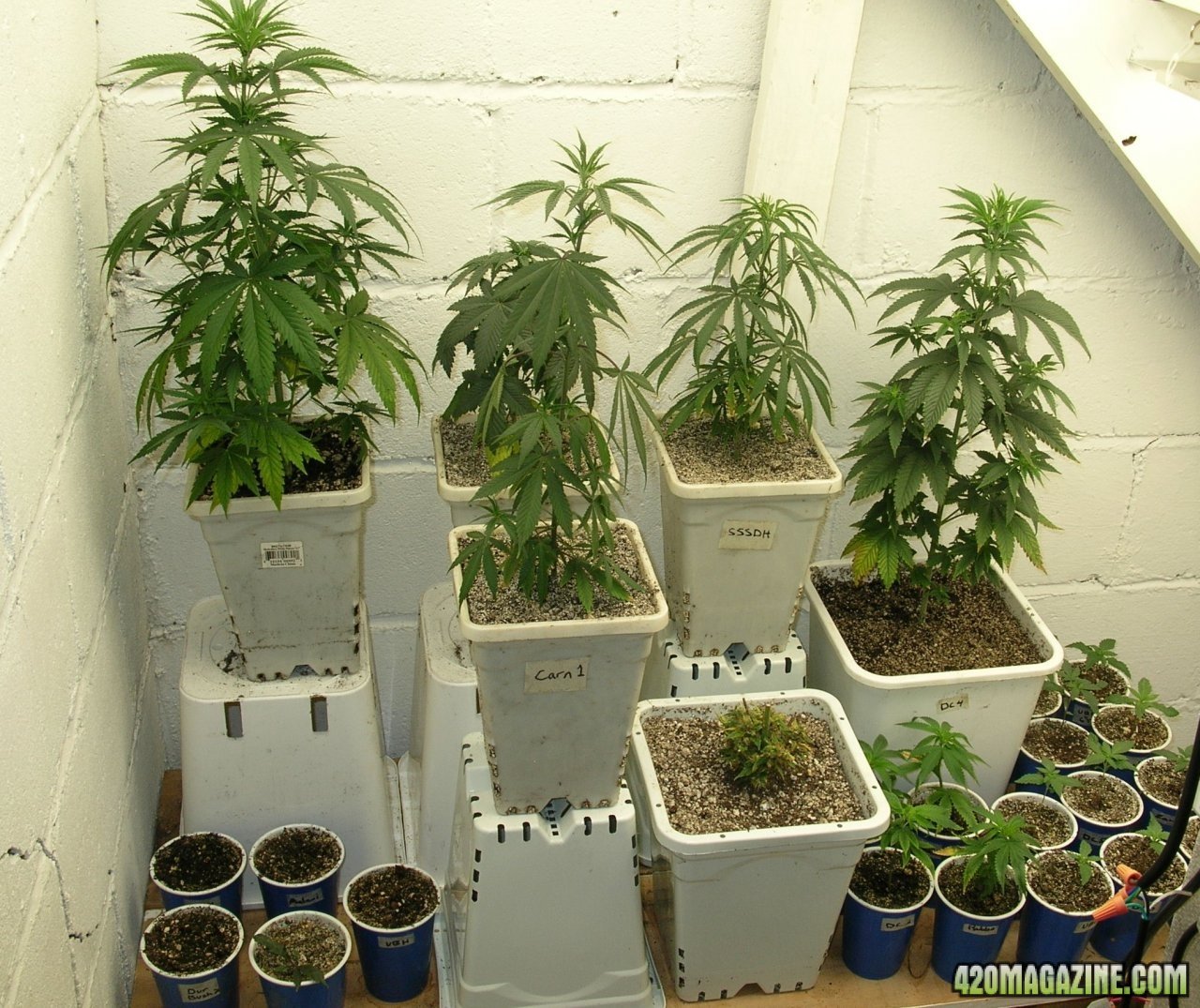 To the left is Carn2, a little more vigorous than I had planned. She's gonna require some training over the next couple weeks. I have her scheduled for flip the first week of July.

To the right is a Carn1 cut and behind it is a Blue Dream. Next to it is the SSSDH cut and then another DC. They'll all go into 6 gallon pots and flipped in about a month.

Heheh, this is a Raspberry Diesel I planted on May 10th, 40 days ago - still no sign of a meristem.

I gave up and planted a successful one on June 5th. 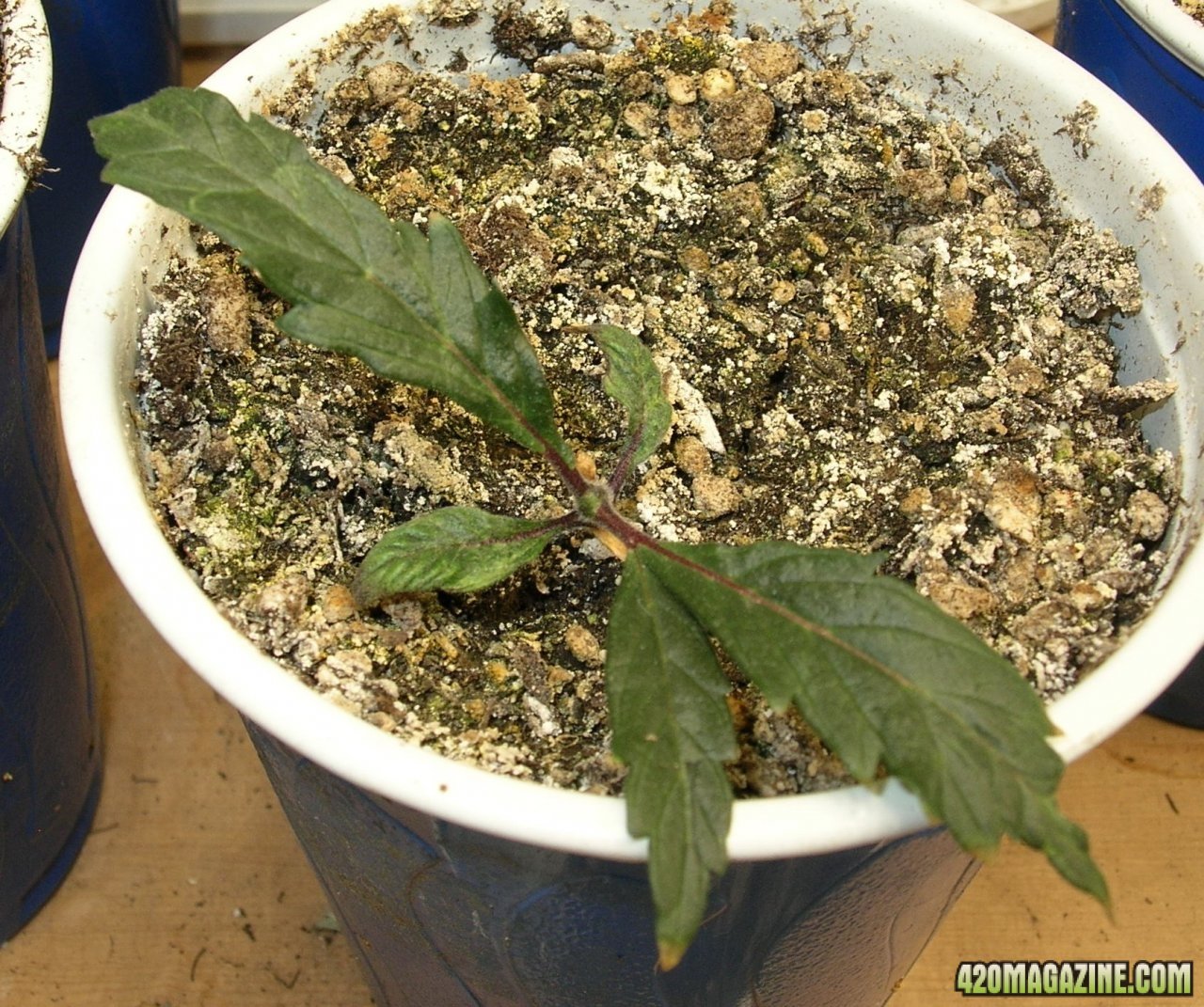 The last of a DC auto I harvested bit by bit. 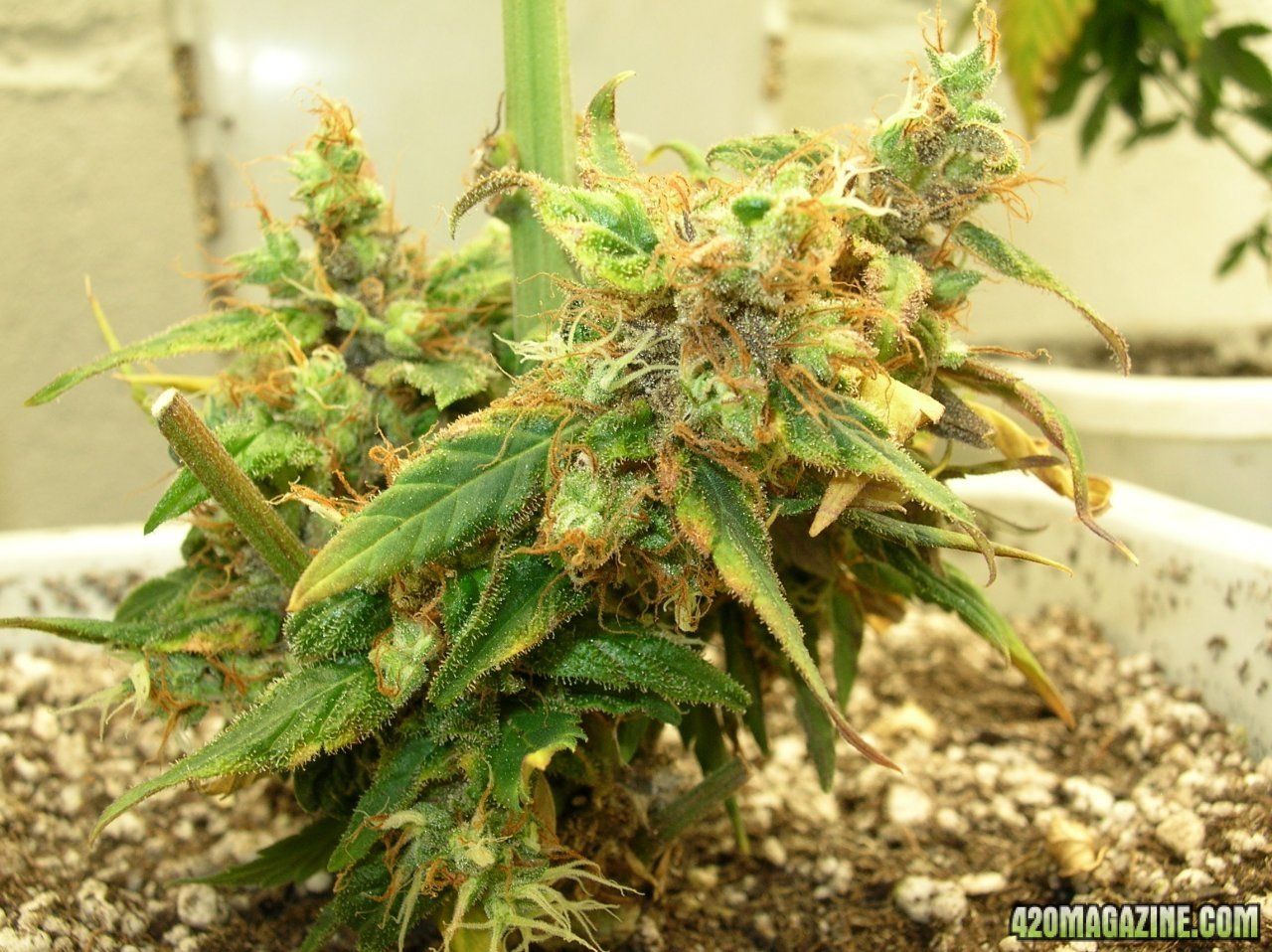 So that's what I have going! Harvests should begin around the first and last through July.

Those samsung panels look like they are working very well. That Carnival looks great, I can’t wait to pop some of those beans myself.

Looking good there. Gonna pull up a recliner ...
Current grow and breeding project:
The Quest For Midnight Sunshine - Dabber Begins Breeding Bodacious Botanicals
My completed journals:
All Aboard - Dabber Blooms Buds In The Tub Of Love
Themaddabber's Hempy Bucket Bathtub Grow 2017
Remember the more you know, the more you grow!!!

this will be my first live Graytail journal.

Going back to read the intro now...

I’m out for a walk. When I get to my dinner stop I’ll catch up.

Thanks for the link Gray.

nivek‘s creative space
"If I set a goal and it doesn't excite me and terrify me at the same time, I'm doing something wrong." -Bob Proctor
"What you think, you become. What you feel, you attract. What you imagine, you create." - Buddha

nivek‘s creative space
"If I set a goal and it doesn't excite me and terrify me at the same time, I'm doing something wrong." -Bob Proctor
"What you think, you become. What you feel, you attract. What you imagine, you create." - Buddha

I’m in kind sir! Can’t wait to see all these strains grown together !
2020 VISION current!

Now I go back and read

I'm going to park it next to mad if you don't mind?