Nimbin, Australia - Jai Whitelaw was 10 when he first took medical cannabis, given to him by his mother in a bid to treat the debilitating epilepsy that saw him endure up to 500 seizures a day.

Support for the legalisation of cannabis has grown in Australia in recent years, with 91% in favour of it for the seriously ill, according to a 2015 poll.

Faced with the stark choice of breaking the law in the hope of soothing his chronic pain, or denying him possible relief, Michelle Whitelaw reached breaking point.

"I literally sat on (the) couch for two days, thinking 'Do I end his life and mine? Or do I risk helping him'," she told AFP.

She picked the latter, risking criminal charges. Now, almost two years on, things are set to change as Australia brings in new laws allowing the drug to be used for medical purposes.

"If it didn't work, I wouldn't be here and Jai wouldn't be here," Whitelaw said at the Mardi Grass festival, an annual celebration of marijuana in Nimbin in Australia's east.

At his lowest point Jai had to be resuscitated, was unable to write or read at school or even play outdoors as he struggled with fits and the side-effects of pharmaceutical medications.

In the 15 months since he began medicinal cannabis, which he takes in liquid form, he has had only four seizures. In Nimbin, he seemed like any other youngster enjoying the annual party.

While recreational cannabis is drawn from the whole plant, therapeutic forms are derived from extracting particular types of cannabinoids -- molecules that are found in cannabis -- from the plant.

"What we are starting to understand now is that different types of cannabinoids work differently for different kinds of health problems," Nicholas Lintzeris, the clinical director at the University of Sydney's Lambert Initiative, told AFP.

"You extract the cannabinoids from the plants and then you put them together again according to the specific profile you want," he added.

Therapeutic use is legal in several US states and other nations including Canada, Israel and the Netherlands.

Support for the practice has grown in Australia in recent years, with 91% in favour of legalising it for the seriously ill, according to a 2015 Roy Morgan poll.

The national government has listened. While recreational use remains illegal, laws were passed in February permitting it for medical purposes, in a move Health Minister Sussan Ley said meant "genuine patients are no longer treated as criminals".

In response, New South Wales, Queensland and Victoria states are changing their regulations and trialling the drug on severely ill patients, with two states setting up cannabis farms.

The legislative shift is a vindication for people such as Aboriginal Australian Tony Bower, who has long given cannabis in oil and alcohol forms for free to parents of ill children after working out how to develop non-psychotropic medication from the plant.

"You can't refuse people. I'm an indigenous Australian, it's not in our culture," Bower told AFP of why he continued to supply families despite the legal risks, which once saw him spend six weeks in jail.

Some 150 children are regular patients of Bower, and his drug is set to reach more people after Anthony Coffey's Australian Organic Therapeutic firm obtained rights to it.

Coffey plans to sell the medicine at A$60 (US$44) per patient per month.

The budding industry has benefits beyond the medicinal, with hopes it could fuel "hemployment" in rural regions where jobless rates are higher, Nimbin-based HEMP (Help End Marijuana Prohibition) Party president Michael Balderstone said.

Coffey said his company has already attracted investment from China and the Middle East. Others are also looking to cash in on legal crops, with the University of Sydney estimating initial demand in Australia at more than Aus$100 million annually.

High-profile physician and drug reform advocate Alex Wodak told AFP there is growing evidence medicinal cannabis use can relieve symptoms in some severe cases such as the side-effects of cancer chemotherapy and chronic nerve damage pain.

A key factor slowing the pace of the so-called "green rush" is minimal trial data and the medical profession's limited experience with a banned drug.

As such, side-effects and the long-term impact of therapeutic use are not fully known, with some doctors cautioning against making the herb legally available without completed trials and high quality control standards.

Many caregivers fear a legalised drug may arrive too late for their sick family members.

Cheri O'Connell, whose epileptic daughter and son are experiencing a new lease on life since taking medicinal cannabis, is calling for an amnesty from prosecution for all current users.

She is also worried government trials are being limited to certain types of cannabinoids that leave other products -- such as the one her children use -- outside the law.

"We've got something that works," O'Connell told AFP. "Just because it's cannabis doesn't mean it's all the same, there's huge differences." 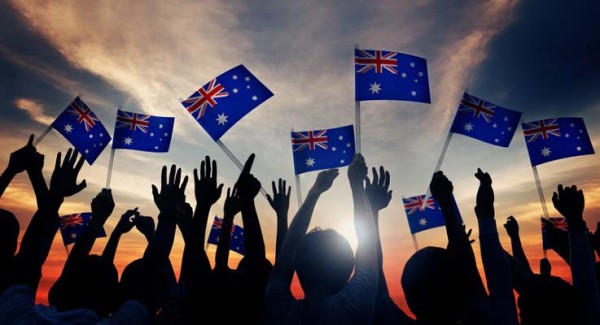