To bring more awareness to this issue, Moms for Marijuana International, a marijuana legalization activist group, held a series of rallies throughout North America and Europe this week. Specifically, the group sought to increase awareness and support for parents who are cannabis consumers, parents who want to treat their child’s medical condition with medical marijuana, and to encourage Child Protective Services (CPS) to adjust their policies so that marijuana users are not automatically dubbed unfit parents. “Immediate harm is required by law to remove a child from his or her home. The science and toxicology of cannabis have proven that cannabis is NOT harmful. But surely, ripping families apart is,” wrote Serra Frank, founder and executive director of Moms for Marijuana.

“If you are disgusted about families being torn apart because of the ignorance of state employees and their unwillingness to uphold state law, now is the time to become engaged in this struggle.” “We’re just mothers who’ve had enough,” said Lindsey Rinehart, a 31-year-old medical marijuana patient, who lost custody of her children. “It doesn’t help to remove a child from a loving family because of a nontoxic substance.”

CPS removed Rinehart’s children citing neglect after they found marijuana and paraphernalia in her home. After 17 days, Rinehart’s children were returned to her and no charges were filed against her, but she says she’s gotten involved now with Moms for Marijuana to make sure this doesn’t happen to anyone else. “We need to make sure that CPS knows, DSHS (Department of Social and Health Services) knows that we are, as a nation and even internationally, calling for reform of their organization, and we can all support each other by banding together and doing what needs to be done to make sure this doesn’t happen to any more families,” Rinehart said.

“I can’t fathom moving 12 hours from Idaho to obtain safe access to my medicine and have it taken away,” Rinehart said. According to a local news report, Medford, Ore. police have taken children away from two different families where caretakers were medical marijuana patients. But the Oregon Department of Human Services (DHS) says that marijuana alone is not reason enough for them to show up.

Even if a parent tests positive for a drug, DHS says that is not enough evidence to prove a parent is being neglectful or abusive. “It’s the same thing as prescription drugs. You can get a prescription for oxycontin, but if you’re using it and it’s negatively impacting your ability to parent, we’re probably going to go out,” said Jan Hall, who is a child welfare manager with Oregon’s DHS. She added that in recent years the agency has moved away from removing kids from homes where a parent is a medical marijuana patient, and said that instead of foster homes, DHS tries to place children with other relatives or someone else in the community.

Moms for Marijuana was founded by Serra Frank, who is currently in a custody battle of her own, along with her partner William Fisher, who has been denied custody of his daughter Lilly because he is a medical marijuana patient. According to the “Fight for Lilly Fisher” Facebook page, “Billy has been told that it is okay for parents to consume a moderate amount of alcohol while parenting, and that it’s even okay to use highly potent prescription narcotics while you care for your child, but to use marijuana every day as medicine, a parent can’t possibly be a good parent. Instead the department says he is chemically dependent on the substance and a danger to his child if they were to place her with him. They are saying that he must complete 30 days of inpatient drug rehabilitation for Cannabis and quit smoking marijuana completely if he wants to have custody of his little girl.

“Inpatient treatment would take Billy away from his job, which would cause him to lose his income that helps to support his girlfriend, Serra, and her young son. He would also be forced to submit to random UAs (urinary analysis) to make certain he has quit using. Quitting marijuana would force him back onto toxic pain medications for his broken back, and psych drugs for his anxiety. Both of which would completely impair him and and numb him from the reality of life or ability to function productively. And forced inpatient treatment would take away a bed and resources from someone who might actually need help with drug addiction.”

Chris Case is a spokeswoman for the Washington State’s DSHS. She declined to comment on the specifics of Fisher’s case, citing privacy reasons, but said that CPS treats marijuana similar to wine, and only steps in if the drug impairs a parents ability to care for their children. Case added that marijuana abuse is not commonly reported, but the National Organization for the Reform of Marijuana Laws, said it “receives dozens of calls and emails every month from devastated parents who have lost custody of their children to state agencies.”

For Rinehart, one of her goals with the rallies is to raise support for medical marijuana patients and have government agencies allow people to obtain their medicine safely just like any other prescription medication. “It’s not OK to deny safe access,” she said. “Society has moved past this point. Let’s move on.” On its Facebook page, Moms for Marijuana International shared the stories of some medical marijuana users and activists who had lost custody of their children, noting that there are many more heartbreaking stories of children being torn from their families, their lives dragged through the Family Law Court System, and some even lost forever through adoption over the perceived harm of marijuana. “CPS has unchallenged authority to remove these children for marijuana use in the home, and we feel it is time for all of us to stand up together and demand change of these out-dated and inhumane policies.” 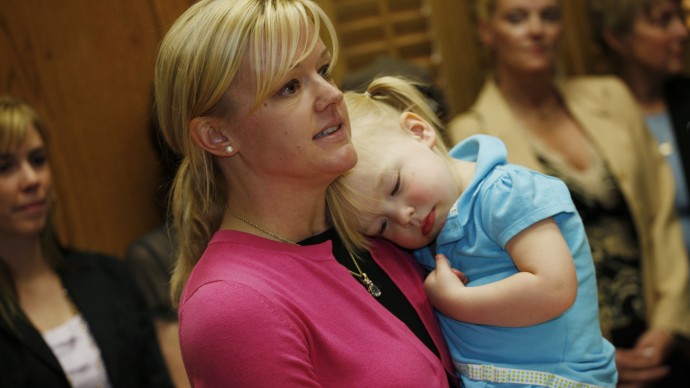 Watch out! CPS will have their doctors pull #hippocampus before they try #MedMj. And, this in states that have already passed and legalized medical marijuana. We need a Federal intervention by President O'bama NOW ! Legalize it NOW! by federal Executive fiat !... When did they decide to remove his #hippocampus? Before o after admin of 'Phoenix Tears'? C=>ACLU v Maricopa County Atty Montgomery 102813 #GotTree? #Pls #ReTweet
--
Robert Hempaz, PhD Trichometry

hmm...:50:
No problem can be solved from the same level of consciousness that created it
Albert Einstein

Nov 14, 2013
The General
T
K
Marijuana Is Legal In California, But Prop 64 Won't Help You In A Custody Battle