PHOENIX - A group representing medical marijuana dispensaries is asking a federal judge to throw out a lawsuit filed by Gov. Jan Brewer earlier this year that asks to have the state's medical marijuana law struck down.

According to a Friday news release, the Arizona Association of Dispensary Professionals filed a motion in the U.S. District Court for the District of Arizona charging the lawsuit "should be dismissed because, among other reasons, there has been no threat that state employees charged with carrying out the state's law would be prosecuted by federal authorities."

Prop 203, which allows the use of medical marijuana by terminally and seriously ill patients in Arizona, passed by a slim margin in 2010.The governor's lawsuit was filed in May.

"Clearly, Gov. Brewer is attempting to get the federal Courts to do what she cannot, stop the Arizona Medical Marijuana Act," said Allan Sobol Director of the AADP. "On the pretext of protecting her state employees, Gov. Brewer is simply seeking to thwart the will of Arizona's voters and unconscionably block sick people from accessing the vital medicine they voted for." 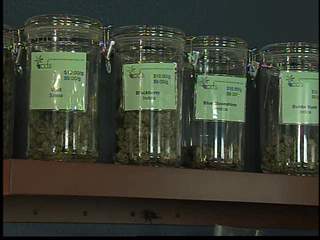